Ukrainians now making up 7.28% of the population of Ennistymon

Dublin and the west coast continue to welcome the most Ukrainian refugees according to the latest figures from the CSO.

The statistic office said nearly 39,000 Ukrainians have now arrived in Ireland – with nearly 3,000 arriving in the last two weeks.

As of June 7th, 6,890 of the Ukrainian children had been enrolled in Irish schools. Some 71% in primary school and 29% in secondary.

The CSO is able to determine where 91% of the new arrivals are located based on their interaction with local services.

North inner city Dublin has welcomed the most refugees of any local electoral area at 1,245.

Ennistimon in County Clare has welcomed the second highest amount at 1,194. 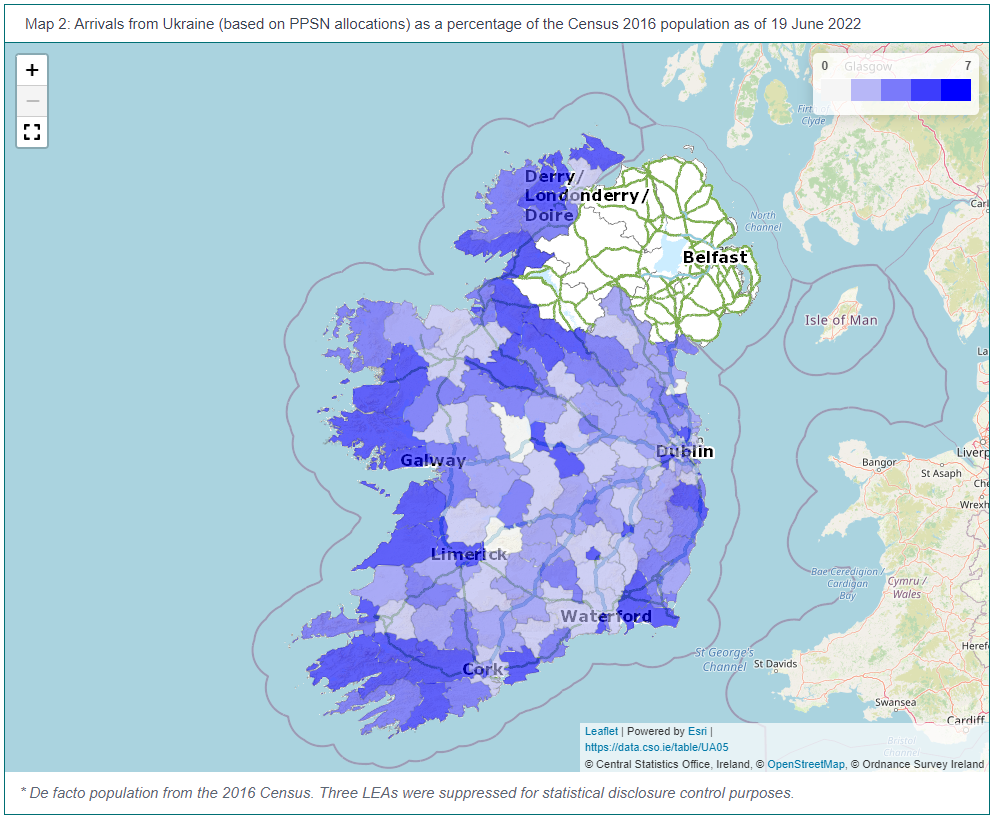 The areas with highest concentrations of new arrivals are:

The CSO also noted that few of the Ukrainians that have arrived here have moved on or returned home – with nearly 90% of the adults included in the last count continuing to engage with local services.

Ann Walsh - prospect of bumping into her killer is 'unbearable', says her brother