The British government has unveiled its latest coin to commemorate the country's departure from t...

The British government has unveiled its latest coin to commemorate the country's departure from the European Union.

On January 31st, a new 50p coin is to be circulated with the words: 'Peace, Prosperity and Friendship with all nations'.

The date on the coin has been updated to reflect the end of January Brexit date.

The delay meant about one million coins had to be melted down, and the metal put aside until a new exit date was confirmed.

Around three million Brexit coins will be given to banks, post offices and shops across Britain. 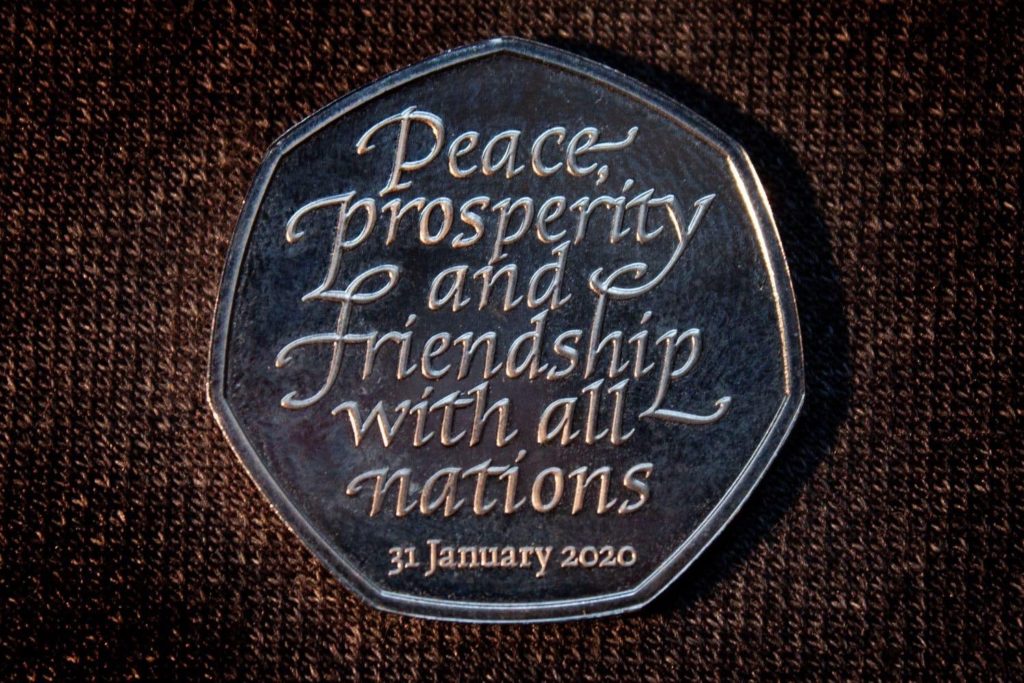 A further seven million coins will be circulated later this year.

The British government claims more than 13,000 people have "already registered their interest" in a commemorative version of the coin.

The country's Royal Mint says the coin will be available as gold and silver proof editions, as well as an uncirculated edition and as part of a two-coin set.

UK Chancellor of the Exchequer, Sajid Javid, says: "Leaving the European Union is a turning point in our history and this coin marks the beginning of this new chapter.

"As part of the launch, the Royal Mint will also open its doors for 24 hours to let people strike their own commemorative coins."