Britain’s new Foreign Secretary Liz Truss has said she is “willing” to use Article 16 and s...

Britain’s new Foreign Secretary Liz Truss has said she is “willing” to use Article 16 and suspend aspects of the Northern Ireland Protocol.

Writing in The Sunday Telegraph, Ms Truss said: “I want a negotiated solution but if we have to use legitimate provisions including Article 16, I am willing to do that.”

London wants to end the requirement to notify Brussels when providing state aid to businesses in the province and to reduce red tape for families bringing their pets into Northern Ireland as well as exporters who supply the local Jewish community with kosher food.

“Northern Ireland is not in the Single Market and shouldn’t be treated as if it is. We are proposing a common-sense solution – goods going to the EU should go through customs formalities and those staying in the United Kingdom should not,” Ms Truss concludes.

Read my piece in @telegraph on the importance of safeguarding peace in Northern Ireland ahead of my 1st meeting with @MarosSefcovic at Chevening this week👇https://t.co/72JNy6KOyJ

Article 16 allows either the British Government or the European Union to unilaterally make changes to the Withdrawal Agreement if there are, “serious economic, societal or environmental difficulties that are liable to persist, or to diversion of trade” in relation to Northern Ireland.

It was first invoked by the EU last year when the bloc announced a ban on the export of vaccines to Northern Ireland; however, following an outcry Brussels u-turned and Commission President Ursula von der Leyen admitted that “mistakes were made”.

Truss’ predecessor as negotiator, Lord Frost, often said that if agreement could not be reached then London would trigger the clause - a threat Fine Gael’s European spokesman Neale Richmond described as a “handy distraction tool” for domestic political problems. 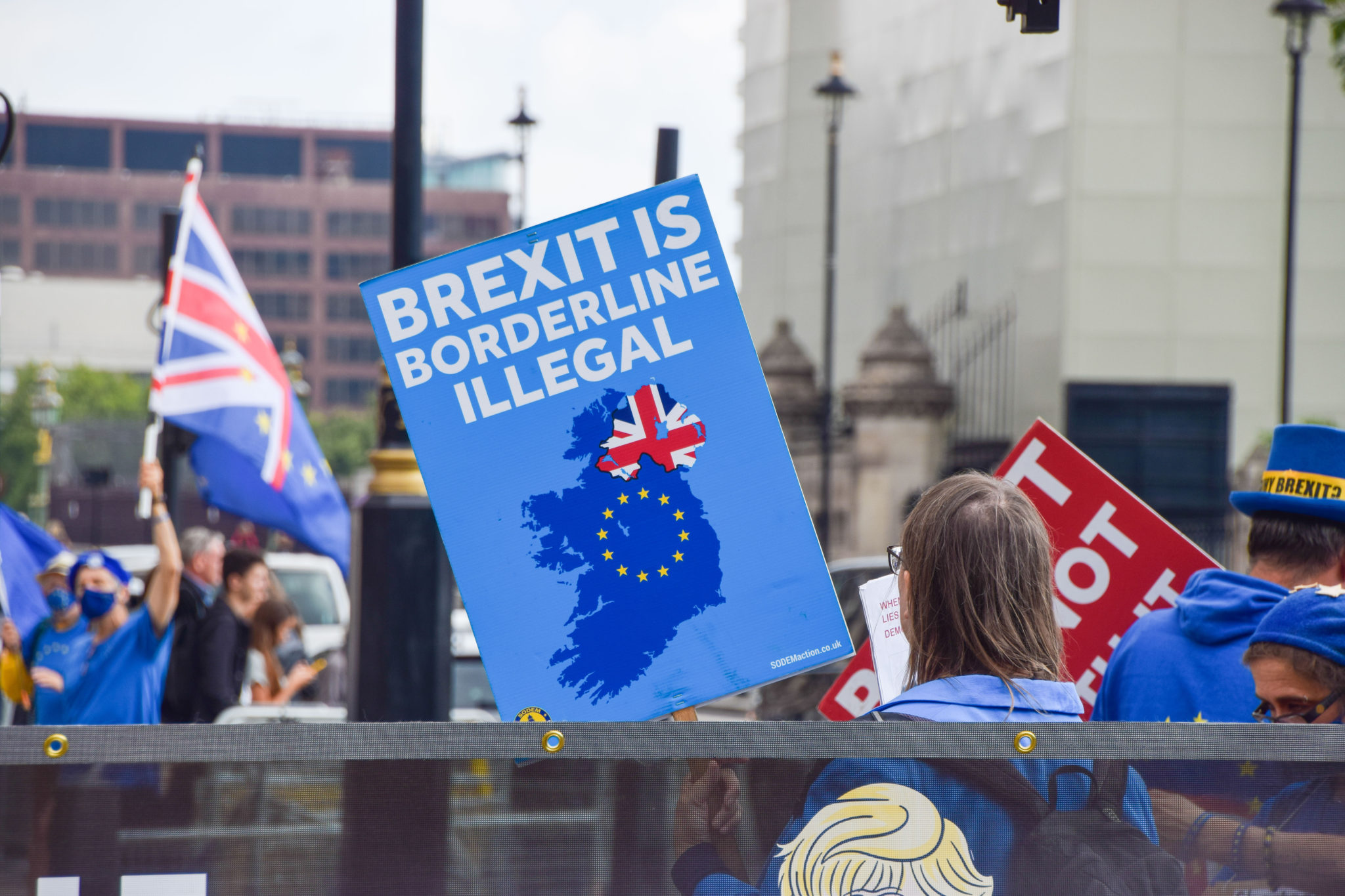 A protester holds an anti-Brexit placard during the demonstration. Demonstrators gathered outside the Houses of Parliament in protest against Boris Johnson, the Tory government and Brexit. (Photo by Vuk Valcic / SOPA Images/Sipa USA)

The EU’s negotiator, European Commission Vice President Maroš Šefčovič, told German newspaper Der Spiegel that the threat of Article 16 has been, “a very distracting element in the discussions”.

“You try to achieve something together and – bam – there’s the threat of Article 16 again,” he said.

“It touches on the fundamentals of our relationship.

“The Northern Ireland protocol was the most complicated part of the Brexit negotiations, and it is the foundation of the entire deal.

“Without the protocol, the whole system will collapse. We must prevent that at any cost.”