The European Commission President Ursula von der Leyen has acknowledged that mistakes were made o...

The European Commission President Ursula von der Leyen has acknowledged that mistakes were made over Article 16 of the Northern Ireland Protocol.

The idea was floated to stop the UK using the North as a backdoor to get AstraZeneca vaccines into Britain, amid a row between the company and the Commission.

The article was quickly revoked - however it sparked criticism from both sides of the Irish border.

While Northern Ireland's DUP called for the protocol to be scrapped altogether.

Under the terms of the protocol, goods can move freely between the EU and Northern Ireland - but triggering Article 16 would have temporarily placed export controls on the movement of vaccines.

It means Northern Ireland would have been considered an export territory for the purposes of vaccines sent from the EU.

There were also fears for the safety of staff conducing checks at ports in the region. 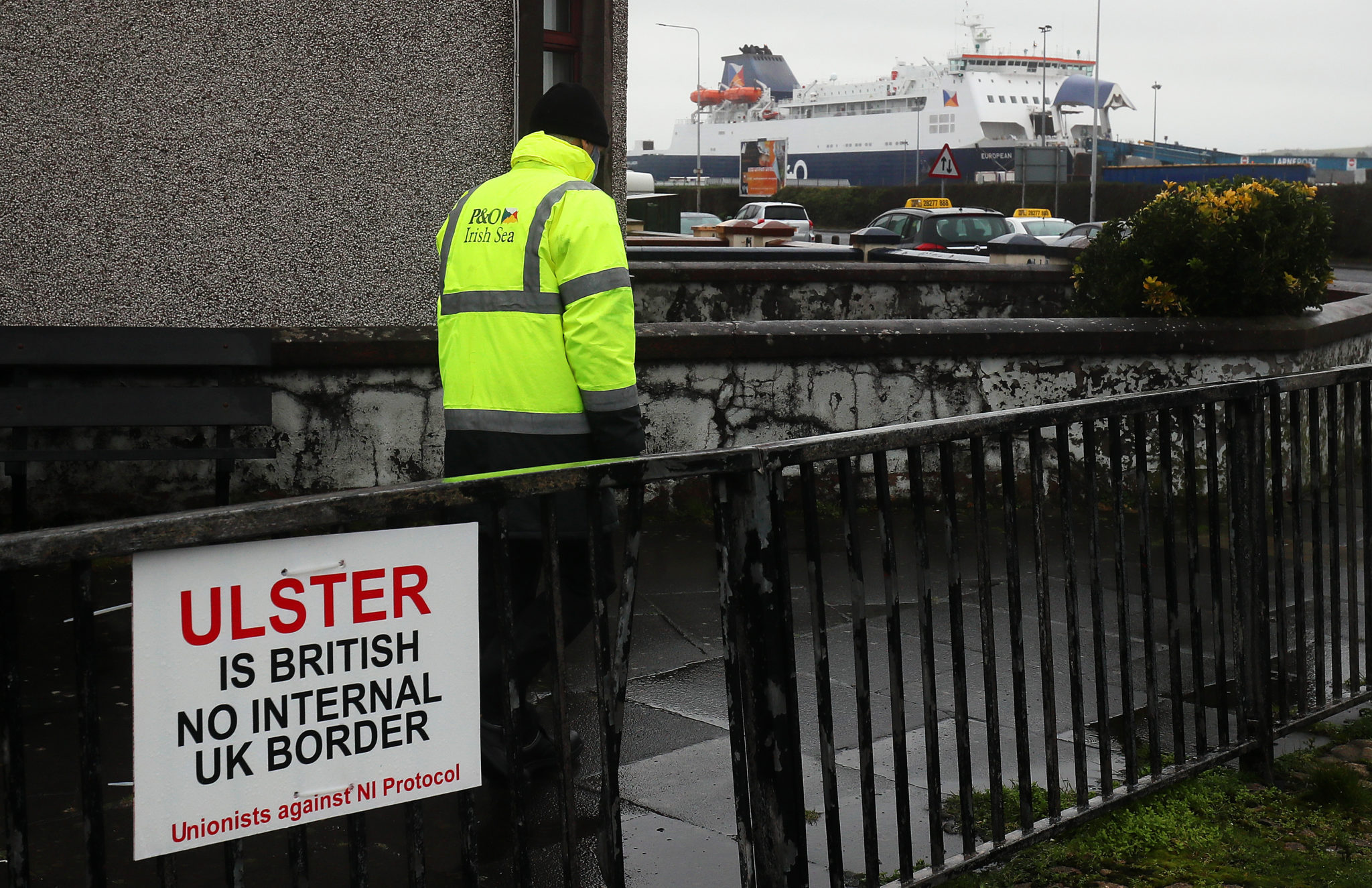 An anti-Brexit sign near the entrance to Larne Port in Northern Ireland. Picture by: Brian Lawless/PA Wire/PA Images

During a multi-lingual speech in the European Parliament in Brussels on Wednesday, President von der Leyen said she deeply regrets what happened.

"The bottom line is that mistakes were made in the process leading up to the decision.

"And I deeply regret that - but in the end, we got it right.

"And I can reassure you that my Commission will do its utmost to protect the peace in Northern Ireland - just as it has done throughout the entire Brexit process".

In Europe, vaccination is gathering pace.

We work as hard as we can to reach our goal: 70% of adult Europeans vaccinated by the end of the summer.

At the same time, we start drawing lessons and preparing for the future.https://t.co/biPGSmtPI8

On the bloc's coronavirus vaccine strategy, she said that it had fallen short of what was expected.

"We were late with the approval. We were too optimistic on mass production.

"And perhaps we were also too certain that the orders would actually be delivered on time".

"The battle against the virus is a marathon, and not a sprint", she added.

"It needs foresight, endurance and stamina.

"Almost every day we hear news of different variants and how contagious they are".