truckers have “no option” but to take their protest against the rising cost of fuel to Dublin City Centre today - Murphy.

Truckers have “no option” but to take their protest against the rising cost of fuel to Dublin City Centre today, according to Wexford TD Verona Murphy.

Protesters have been blocking a number of areas around Dublin Port this morning – including the East Link Bridge, Promenade Road and the roundabout at the 3Arena.

Meanwhile, a protest march down O’Connell Street was due to get underway at around 10am.

The group organising the protest is now calling itself The People of Ireland Against Fuel Prices and has said it will not end its protest without a resolution.

It said members are prepared to protest in the capital for at least a week.

On Newstalk Breakfast this morning, Wexford TD Verona Murphy said she fully understands the protesters’ decision to disrupt the city.

“What option do they have?” she asked. “The Government are not listening.”

“These people can’t afford to go to work in many instances and that’s what I’m hearing. We have carers across rural Ireland who use their cars to get from one older person to another who can no longer afford to do that and Government have not stepped in with any meaningful measure to ameliorate that situation.”

Trucks, tractors and vans are blocking up roads around the 3Arena as part of the #Irishfuelprotest.

The demonstration is not as large as previous truck protests with around 20 vehicles in total.@NewstalkFM pic.twitter.com/u1LBPyoj7r

The organizing group went under the name of the ‘Irish Trucker and Haulage Association against Fuel Prices' when it organised two other protests in the capital last year.

It urged drivers of all vehicles to gather from 3am this morning at points on four motorways and has warned the protests will continue until its demands are met.

The demands include price caps on fuel, the scrapping of the carbon tax and the resignation of Transport Minister Eamon Ryan.

It said it aimed to keep Dublin in “complete lockdown” until its demands are met.

Deputy Murphy suggested the disruption is the city is “an unfortunate sidebar” to the protest.

“I fully understand,” she said. “I support peaceful protest.”

“Blocking the city is an unfortunate sidebar to what will happen if people turn out to protest in large numbers but I find people have no option. Government are not listening to rural Ireland TDs like myself.” 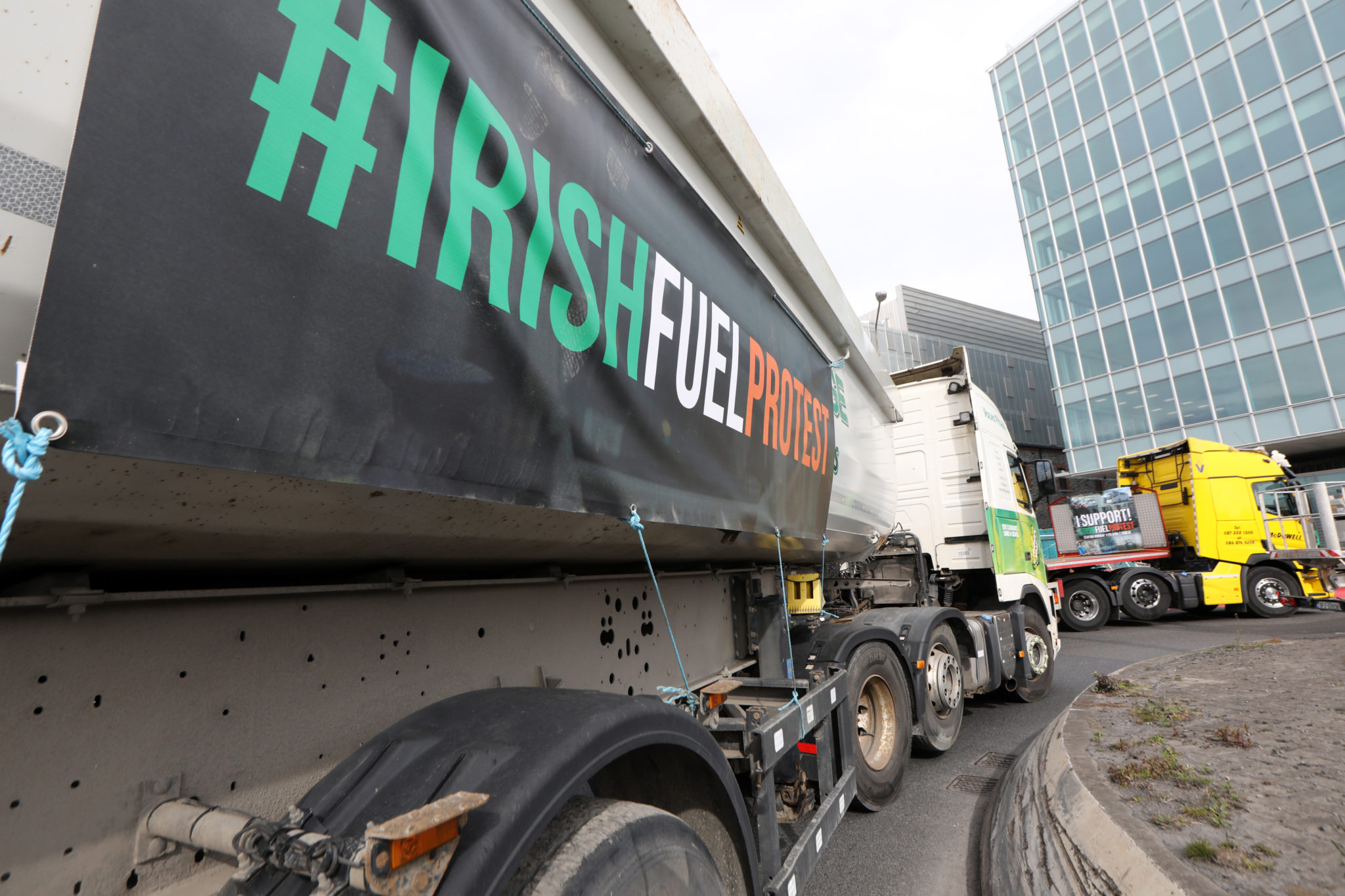 This morning, Newstalk reporter Josh Crosbie spoke to commuters in Dublin to find out if they supported the protest.

“It’s tough getting through but I’m completely in support of it,” said another.

“I’m definitely in support of it. That is why I’m up so early this morning trying to get ahead of it but I am in total support of it.”

Meanwhile a truck driver who was not joining the protest told Josh he understands the protesters point of view – but disagrees with their tactics.

“This just antagonizes people,” he said. “Everyday folks going out to work. They don’t want to be held up with their kids in the car and blocking ports and that.

“If you are going to protest, go and stand outside the Dáil, fair enough, but don’t bring the country to a standstill. I wouldn’t agree with what they are doing in that regard.”

You can listen back to Josh’s full report on Newstalk Breakfast here: