A blue velvet gown worn by Britain's Princess Diana when she danced with US actor John Travolta h...

The princess wore the dress, designed by Victor Edelstein, at an event at the White House in November 1985.

The HRP says it cares for the state apartments at Kensington Palace - her home for over 15 years.

It also looks after places such as the Tower of London, Kew Palace and Hillsborough Castle.

Diana took to the dancefloor with Travolta as the band played tunes from his hit films including 'Grease' and 'Saturday Night Fever'.

The images of the princess and the actor dancing together were seen around the world, earning the gown its nickname: the 'Travolta dress'. 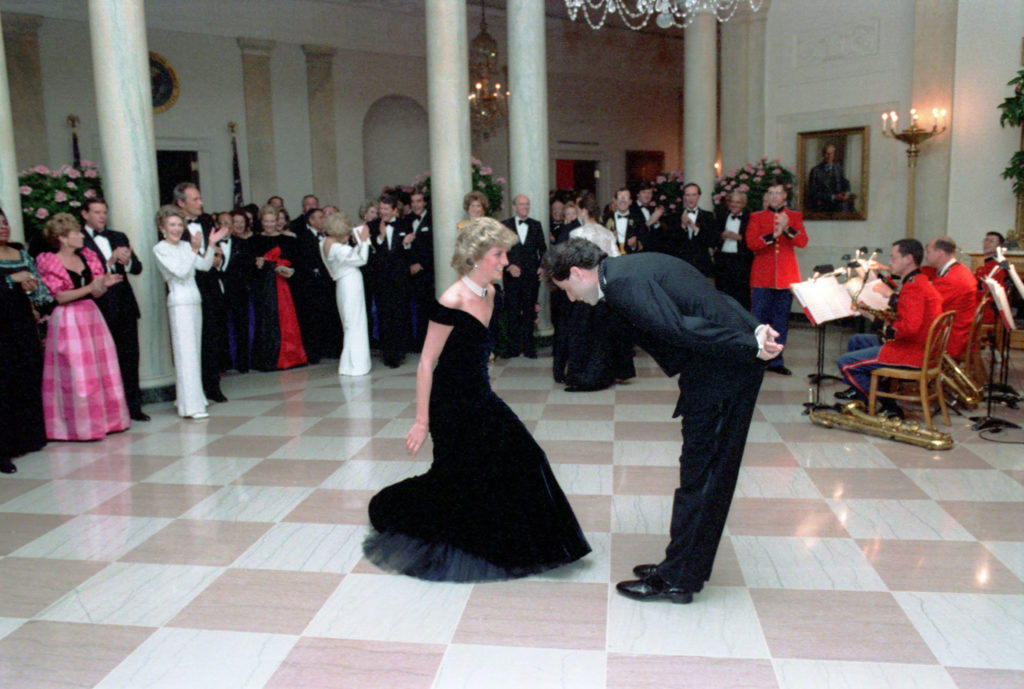 In this photo provided by the Ronald Reagan Presidential Library, Britain's Princess Diana dances with John Travolta in the Cross Hall of the White House in Washington, DC on November 9th 1985 | Image: Pete Souza/Zuma Press/PA Images

It was worn by the princess on a number of occasions between 1985 and 1997, and was said to have been among her favourites.

Eleri Lynn, curator at HRP, said: "We're delighted to have acquired this iconic evening gown for the Royal Ceremonial Dress Collection - a designated collection of national and international importance - over 20 years since it first left Kensington Palace.

"Not only is the 'Travolta' dress a fantastic example of couture tailoring designed to dazzle on a state occasion, it represents a key moment in the story of 20th century royal fashion.

"The photographs of Diana, Princess of Wales dancing with John Travolta at the White House wearing this midnight blue Victor Edelstein gown are known the world over, with the dress's twirling velvet skirt playing no small part in making this such a memorable image."

The dress was put up for sale by London's Kerry Taylor Auctions on Monday, but failed to sell.

The charity then moved in afterwards.

Nazi propaganda poster shouldn't be up for sale at Irish auction, TD says

Bottle of whiskey sells at auction for more than €1.7 million