Research reveals 60% of young adults would consider an apprenticeship

The Insurance Practitioner Apprenticeship has launched its 2019 call for applications with over 1...

Research reveals 60% of young adults would consider an apprenticeship

The Insurance Practitioner Apprenticeship has launched its 2019 call for applications with over 100 places available on the degree level apprenticeship.

Young people and parents believe there is a real lack of alternatives to traditional third-level education in Ireland.

According to a new survey, 60% of young adults would consider an apprenticeship instead of going to college – if there was one available in an area that interested them.

However, only 18% of these believe there are enough apprenticeship options to choose from.

Meanwhile, over half of parents surveyed would encourage their children to undertake an apprenticeship – with only 12% believing there are enough options out there.

The Insurance Institute commissioned the survey to mark the launch of the 2019 Insurance Practitioner Apprenticeship.

The programme is Ireland’s first degree-level apprenticeship – offering participants a full-time, salaried position with an insurance employer while they work towards a BA Hons Degree in Insurance Practice.

Established in 2016, this year's programme is set to have 100 places on offer. 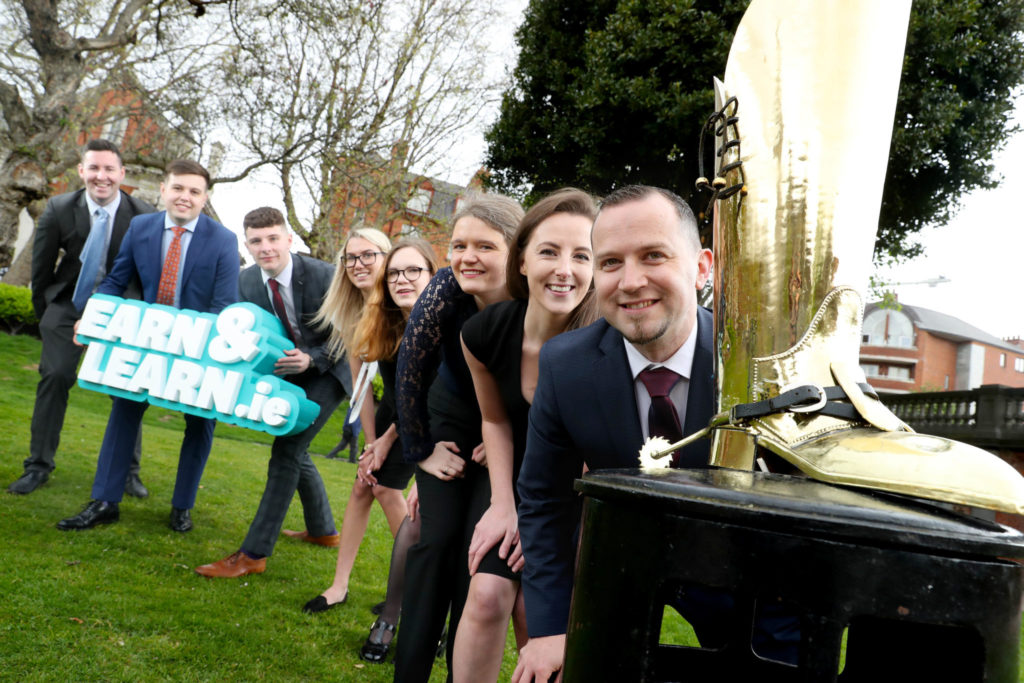 Dermot Murray, CEO of The Insurance Institute said the scheme is “going from strength to strength” as it prepares for its fourth intake.

“The programme presents a completely unique approach to gaining a qualification as it enables apprentices to kick start their career in an innovative industry full of opportunity – all while earning a salary and studying for an Honours Degree,” he said.

“The apprenticeship has also been revolutionary for the insurance industry, as it brought in a wave of new talent.

“Insurance employers have the opportunity to bring on board a highly ambitious employee, who is keen to learn every aspect of the business.”

With just over a month to go until over 55,000 students begin their Leaving Cert exams, the survey finds that 82% of young adults now believe that the traditional college route is not for everyone, with 78% agreeing that you can have a successful career without it.

Meanwhile, 78% also said a more structured approach to education – such as one that allowed them to ‘earn and learn’ – would appeal to them.

Over half said they wanted to see more options outside of the traditional college model. 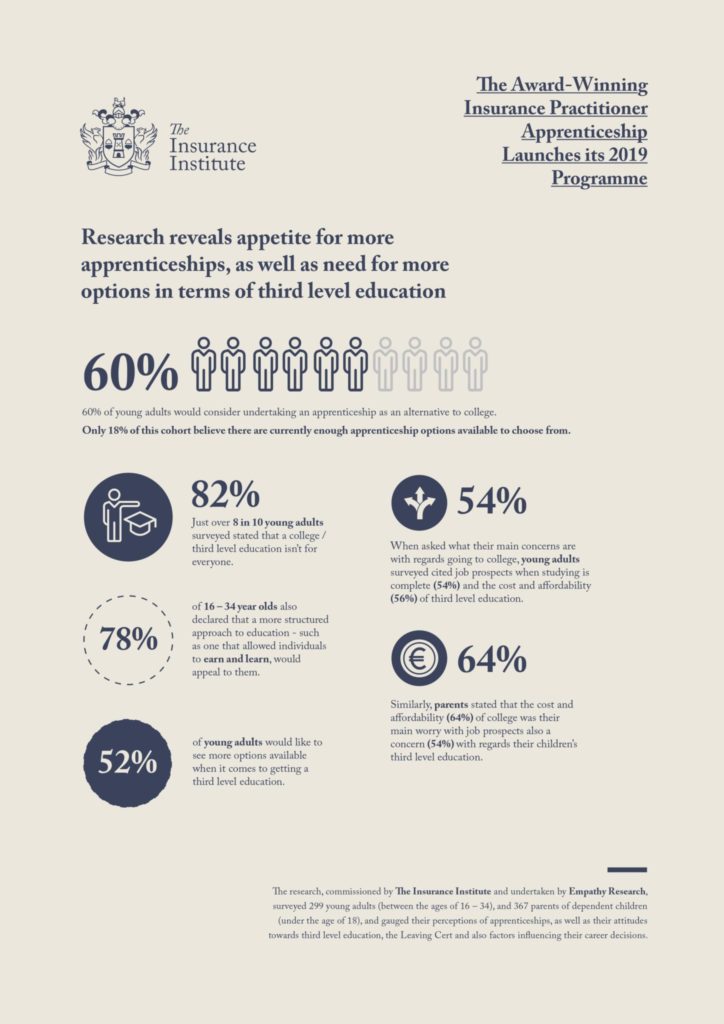 Nearly 55% of those surveyed cited job prospects as one of their main concerns with going the traditional college route.

However, some 56% of young people and 64% of parents said their main worries were the cost and affordability of third-level education.

Mr Murray said the results highlight a strong desire for a greater variety of third-level options.

“With an apprenticeship such as ours, these fears are alleviated as the programme is Government funded and so the fees are minimal, at €600,” said Mr Murray.

“Also, the apprentices have the opportunity to work anywhere in the country as the programme is delivered through online lectures and distance learning, so it truly is nationwide and they may not need to move.”

The research, commissioned by The Insurance Institute and undertaken by Empathy Research, surveyed 299 young adults (between 16 and 34-years-old) and 367 parents of dependent children (under the age of 18).

The Insurance Practitioner Apprenticeship is a three-year programme encompassing on-the-job learning with an insurance employer and online study with IT Sligo and The Insurance Institute.

For more information on the programme and to register your interest in positions as they come online, visit earnandlearn.ie.