Irish homes are among the least crowded in the European Union, new data shows

Irish people are living in houses that are too large, as they have no option to move anywhere else.

That's according to town planner and adjunct associate professor of architecture and planning at UCD, Tom Phillips.

He was responding to new data, showing Irish homes are among the least crowded in the European Union.

In 2020, 17.5% of the EU population lived in overcrowded households - meaning they didn't have enough rooms for the number of people in the household.

Almost half the population in Romania (45.1%) were living in overcrowded households, according to Eurostat. 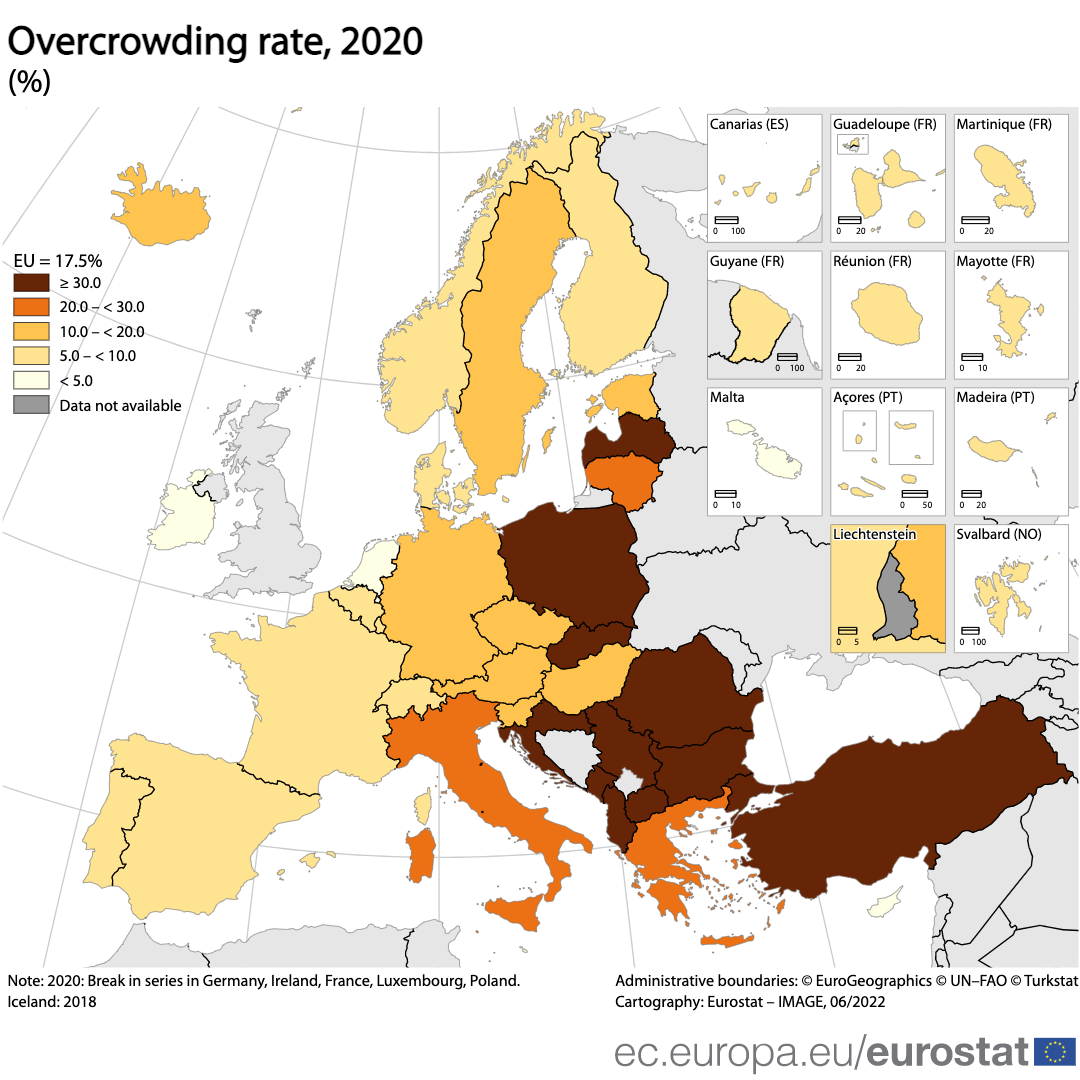 Prof Phillips told Newstalk Breakfast this is down to a lack of options.

"We have a lot of different housing types in Ireland, and one thing we don't really cater for is the elderly.

"We don't have bespoke houses for older people [that] they can move to.

"We've a very high propensity in Ireland for people to object to other people moving into their area.

"You can see that in the amount of judicial reviews that are taking place.

"So we don't have step-down housing - for want of a better phrase - for people who might live in larger houses, whose children have moved out, maybe widowed, and they might want to move somewhere else but they don't have that opportunity".

He says we need to give people more choice in the areas they live in.

"There are certain people who are in crowded accommodation, and others who are living in houses that [are] just simply too big.

"And they don't want to move because there's nowhere to move in their locality that they would like to move to.

"There are companies trying to do it... there is a market, a demand, there just isn't the provision yet for that".

He says this could be particularly useful in urban areas.

"We've a very high degree of one-off houses in the country, which might be large size houses that people live in and they don't want to move anywhere else.

"But there are other people might live in urban context [sic], who want somewhere they could live in their location, but they don't have that supply nearby".

And Prof Phillips believes it also comes down to a dislike of change.

"It's society... not willing to accept new forms of housing - you can see it [in] the complete, I believe, over-reaction to co-living.

"People went apoplectic with this idea of co-living, which is like a slightly older version of student accomodation.

"I've seen it in the UK, it works absolutely perfectly, and there's 1% of all SHDs - the Strategic Housing Development applications - were co-living.

"And yet it was banned - so we're not very good at adapting to new forms.

"We have the lowest level of apartment living in Europe, so we're very slow to adopt to new styles that work elsewhere".