The owner of two of Temple Bar's most well-known establishments is launching a fresh bid to revamp the derelict Iveagh Markets in Dublin's south inner city.

Martin Keane has told Newstalk he is seeking a pre-planning consultation meeting with Dublin City Council, despite the local authority's bid to repossess the iconic market building in The Liberties last year. 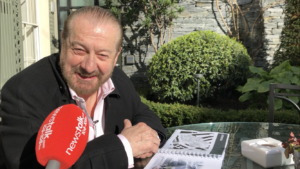 The developer, who owns the Oliver St John Gogarty pub and Blooms Hotel, was originally awarded the leasehold title on the condition he redevelop The Iveagh Market. He paid £1.4m for the title in 1997 but hasn't delivered on plans to convert it into a European-style market.

Martin Keane says a series of events and circumstances beyond his control have resulted in the building lying idle for the past two decades.

They include an archaeological dig, complications relating to the title deeds, the economic crash and securing finance following the recession. 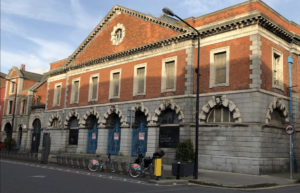 "My funding was taken off the table and I couldn't develop. I had to go to the rainy day money. I cleared my debt and got no debt forgiveness. Some people say I would have been better off letting it go to NAMA... but I didn't do that. "

Planning permission lapsed for a second time in 2017. Last year it emerged Dublin City Council was seeking to take possession of the building if it was not voluntarily surrendered by the end of January 2018. Mr Keane said he would be prepared to fight any moves to take back the building.

Now in an interview on The Pat Kenny Show, the Dubliner has revealed a new proposal to redevelop the market and adjoining sites to create an "Iveagh Markets Quarter."

The market building would be converted into a food hall akin to those found in Amsterdam and Madrid. 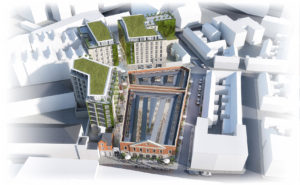 It would include a flower market, public realm, distillery, cookery school, restaurants, music venue and studio space for artisan producers and craftspeople. The adjoining sites would see the construction of a four-star hotel, three-star hotel and a youth hostel.

Mr Keane says he has the finance in place and if awarded planning permission for a third time, he would be in a position to proceed to the procurement stage.

"Everything else is ready to go. I would say I'd have a builder on site probably in two months. Maybe I'd get some of my own team in and we'd start some of the groundwork ourselves... I'd be confident it would be 18 months (for the whole project)." 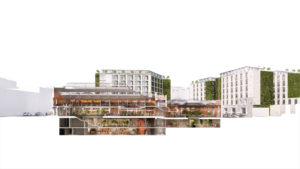 Green Party Councillor Ciaran Cuffe has reservations with the plans, saying Mr. Keane has had over 20 years to develop the markets.

"As a city council, we should certainly engage with Mr Keane. But we need timelines on this... There's a huge sense of frustration on our side of the house from both the officials and the councillors, and from the general public. They're looking at a building that should be booming with life and yet it's not. And particularly after the new council elections in May, I think one of the first jobs for the newly elected councillors will be to make sure that when we dispose of property, that things happen in a timely manner." 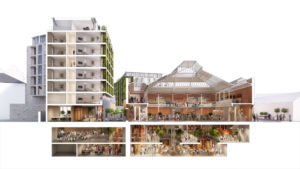 Dublin City Council would not be drawn on whether it still plans to pursue repossession of the building, or award planning permission for another five years.

In a statement to Newstalk, the local authority says the "future use of the buildings can only be determined when the legal issues [in relation to ownership] are resolved."

Recently An Taisce listed the market building on its list of Top Ten Most-At-Risk buildings in Ireland.

Dublin City Council has confirmed it was allowed access to the property "for the purposes of carrying out a dilapidation survey ... to establish the condition of same and to advise on works required to stabilise the buildings and prevent them from falling into further disrepair.  The report is currently being finalised and when completed the Council will then consider the appropriate course of action to take to ensure the necessary works are carried out at the earliest possible date."

What is it like being a new parent during lockdown?