Pupils of a Dublin 8 school have added their voices to objections to the country's first Medicall...

Pupils of a Dublin 8 school have added their voices to objections to the country's first Medically Supervised Injection Facility.

6th class children at St Audoen's National School witness some of the worst of Dublin's drugs crisis by virtue of its proximity to a number of services for people living with addiction and homelessness.

Cook Street sees many of them using the road to travel to these services, chiefly Merchants Quay Ireland, which is just metres away.

"One time I saw a fella passed out on the path with a needle sticking out of his thumb, and like, it's hard to stop thinking about it."

A classmate mentioned how she felt nervous waiting at a nearby bus stop after school.

"It's not that the people are bad, it's the stuff that they're injecting to make them like that... I should be able to feel safe going home and not have to worry that I'd be waiting and there'd be people asking me for money."

“I saw a fella passed out with a needle sticking out of his thumb and it’s hard to stop thinking about it.”

Parents believe the planned injection centre will attract drug dealers to the area who will want to capitalise on the high concentration of vulnerable users.

Dublin City Council has asked for a policing report from An Garda Síochána as part of its planning considerations.

Kevin Street gardaí are liaising with Merchants Quay Ireland as they formulate the plan, which has yet to be submitted.

Merchants Quay Ireland is the charity that has been awarded the contract to manage the country's first Medically Supervised Injection Facility.

It already offers a number of wrap-around services including a needle exchange, medical help and counselling. 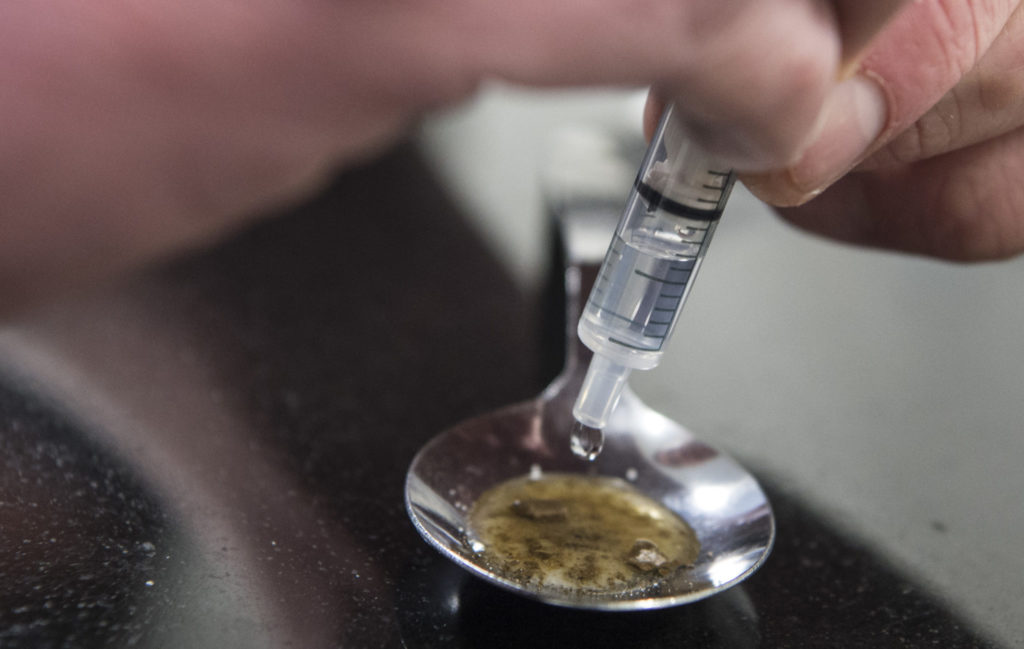 Head of Fundraising and Communications, Carol Casey, says she understands the school's concerns but this planned facility will take open drug use off the streets and help save lives.

"We believe that some of those fears will be allayed once the services are up and running. All the evidence from other SIFs from around the world [shows] that there hasn't been an increase in crime, although there hasn't been a decrease, in fairness, there has been a reduction in the level of paraphernalia in the area, there's been a reduction in public injecting; but most importantly it saves lives. People are dying in dirty lane ways and they're dying alone and that's not good enough."

The parents of the children of St Audoen's say they are not without compassion, but that the area is already saturated with addiction services.

"Every community has drug addicts. These communities should share the responsibility of looking after them. It's not fair that Dublin 8 has to deal with it all the time.... There are already needle exchanges, wet hostels and methadone clinics here."

The mums do not believe gardaí will have the resources to deal with the level of policing that will be required.

Dublin City Council has received over 100 objections to the planned facility.

Its planning department has requested further information from Merchants Quay including the policing plan which must be submitted by the 31st of May.

A decision on whether to grant permission for the centre is due to be made over the summer.

In case you missed it...

ꓡast week Pat spoke to Eilish Meagher, principal of St Audoen's National School on Cook St about the issues. Listen to the interview below: