Boy A has been handed a life sentence for the murder of Ana Kriegel, but the judge has ordered fo...

Boy A has been handed a life sentence for the murder of Ana Kriegel, but the judge has ordered for a review to take place after 12 years.

Boy B was sentenced to 15 years detention for his role in her murder, but his sentence will be reviewed in eight years.

Mr Justice Paul McDermott said the life of a deceased person can sometimes be deflected by the evidence during the course of a trial - but he began the delivery of his lengthy judgement by reminding the court that Ana Kriegel's life was of supreme importance, and central to this hearing.

He told the boys they must bear responsibility for her murder and must accept the consequences.

The Children's Act states that a period of detention for a child offender is a last resort, but he said it could not be avoided here, such was the seriousness of what he described as the cold and callous murder of 14-year-old Ana at a derelict farmhouse in Lucan on May 14th last year.

He said both boys showed no remorse for what they did, and told them directly that they must carry the guilt and shame of their involvement.

He handed down a life sentence to Boy A, but ordered for a review to take place after 12 years.

He also handed down an eight year concurrent period of detention for the aggravated sexual assault on Ana.

His mother burst into tears and hugged her son after the sentences were handed down.

Boy B was then sentenced to 15 years for Ana's murder with a review to take place after eight years.

His father bowed and held his head in his hands after the sentence was passed. 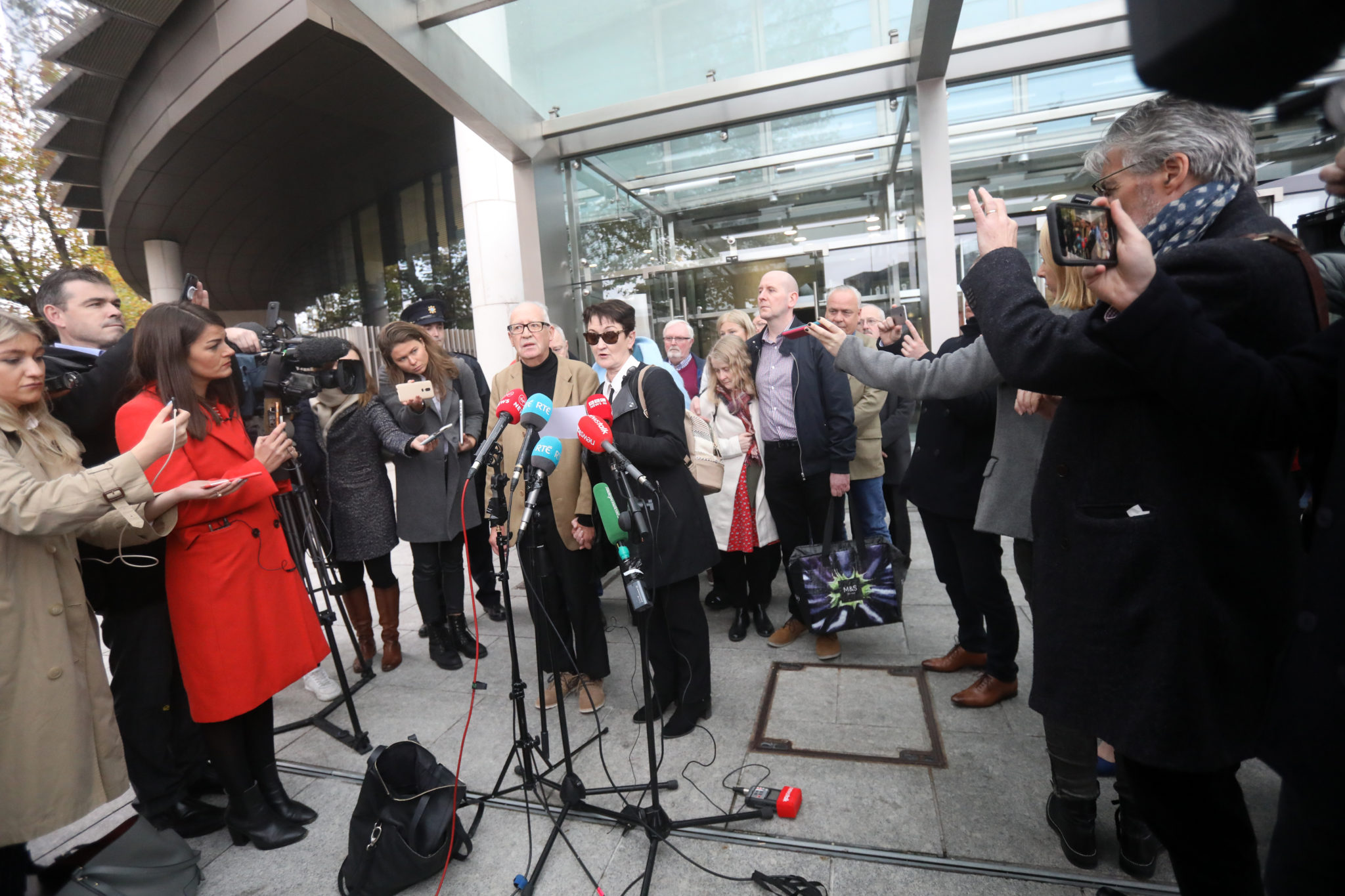 Patric and Geraldine Kriegal, the parents of Ana Kriegel, speaking to the media outside the Criminal Courts of Justice in Dublin after her killers were sentenced, 05-11-2019. Image: Leah Farrell/RollingNews

“Keep her in your hearts”

Speaking outside the court this afternoon, Ana's mother Geraldine thanked gardaí for "putting everything they had" into finding those responsible for Ana's murder.

Ana’s father Patric said: “Justice has been served for Ana.”

“The judge has decided on the sentence and that duty lies with him alone,” he said.

“Four our part we can only say that forever is not long enough.

“Please remember Ana and keep her in your hearts somewhere.”

“Please remember Ana, and keep her in your hearts somewhere” - Patrick Kriegel pic.twitter.com/OP7bRUbsCO