'Where’s our future?' - Teacher exodus shows Dublin is no city for young folk

Teachers are fed up, stressed out and underappreciated.

'Where’s our future?' - Teacher exodus shows Dublin is no city for young folk

Over the last few days, I’ve been speaking to dozens of teachers who live in Dublin and they were all telling me the same story – they’re fed up, stressed out and feel underappreciated.

Many are now considering their options – move out of Dublin, emigrate, or find a new career.

The reason for this? Well, like many people in Dublin, they’re fed up paying extortionate rents, with no hope of getting on the housing ladder.

Once upon a time, teaching was a highly sought-after job, but now schools in the capital - and in urban areas right around the country - are struggling to fill vacancies. 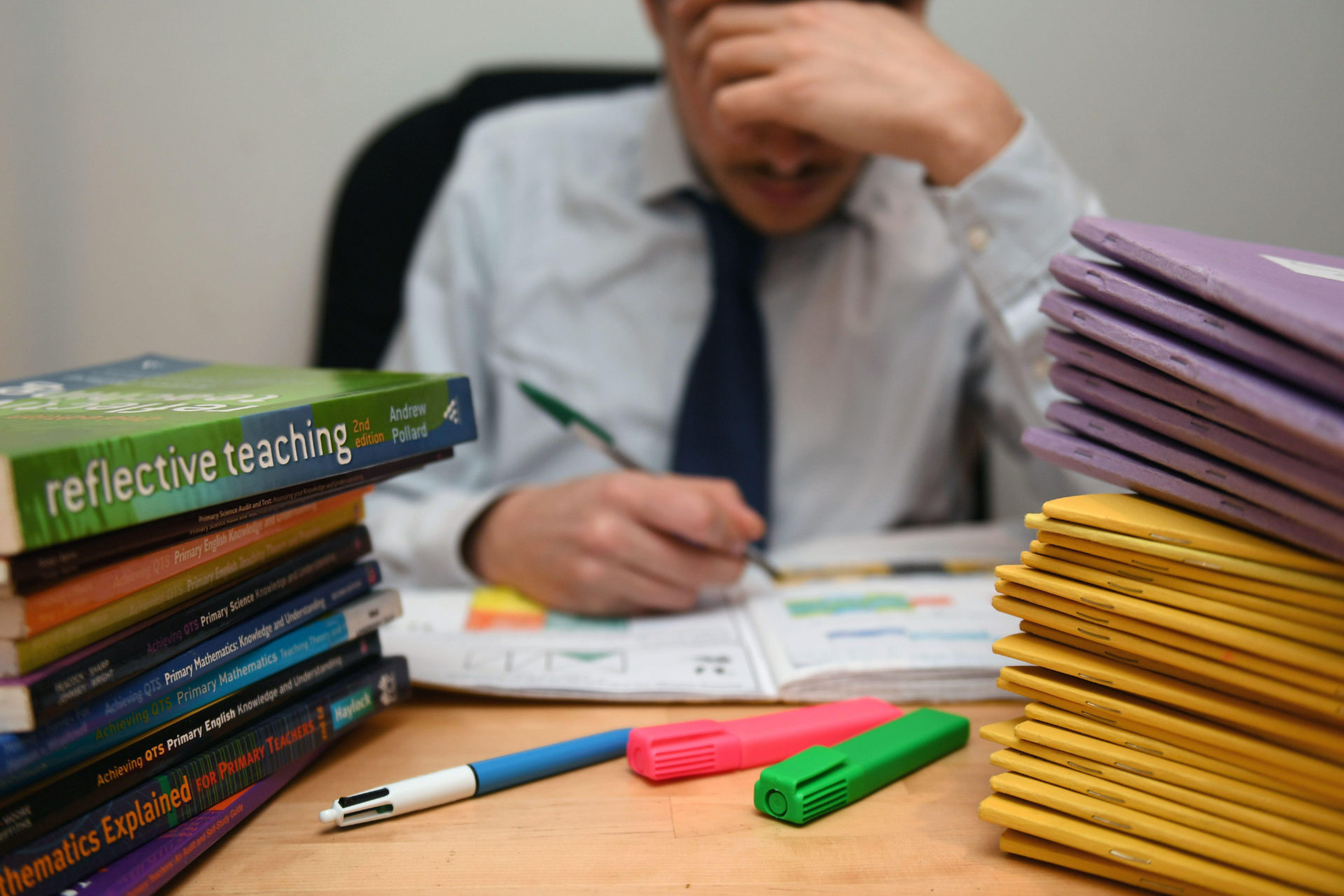 A school teacher next to piles of classroom books.

There are currently over 400 classroom vacancies in secondary schools across the country, most of them in Dublin.

Teachers, like nurses, gardai and people in many other professions that were once considered well paid, are getting out of the Big Smoke.

Sure, what is there to stay for?

Got inundated with messages from teachers on this. I'll be on the @TheHardShoulder at 4:40pm, so tune in. https://t.co/p6DMa4c5z3

One teacher told me she had to sleep on her cousin's sofa for a month because she couldn’t find accommodation. She eventually found somewhere and is now paying “a lot of money to rent a tiny, damp room in a house shared with three others”.

Another teacher, Rowena from Monaghan, who has been working in a school in Dublin since 2008 was recently told by her landlord that the house she’s renting is being sold. So, with just a week until schools return, Rowena wonders if she will have anywhere to live in a few months’ time. 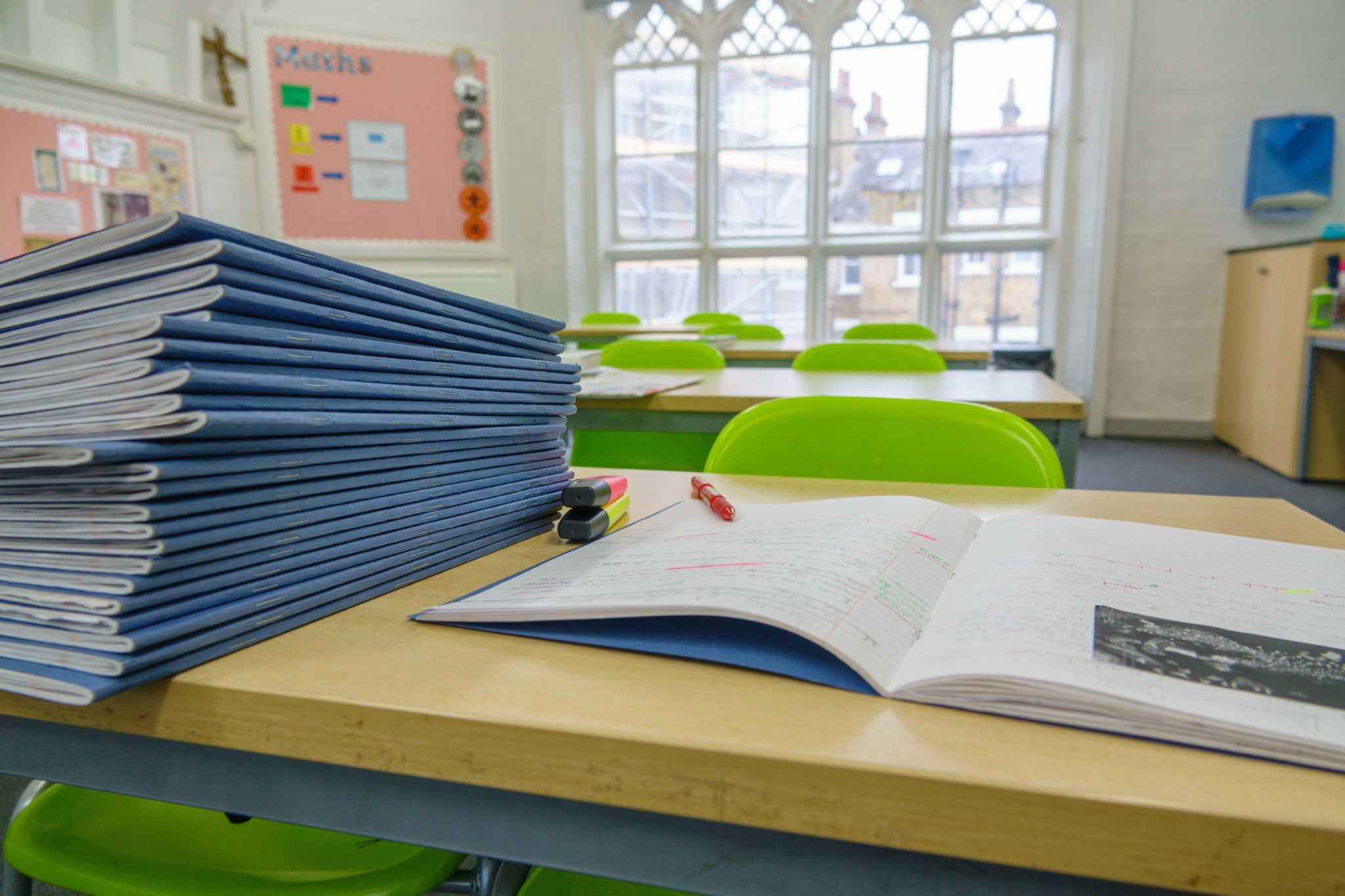 Pile of school books, on a desk.

“I’ve checked Daft.ie, there’s not much available, and of what is available, you can guarantee that hundreds of others will be looking at the same house or apartment,” she said.

Kerri from Monaghan lives with her boyfriend in a granny flat in Santry; they’re both teachers.

“I’ve been a teacher for six years, and my boyfriend has been teaching four years and we are both permanent,” she told me.

“We really struggled to find accommodation recently, we applied for 60 places and when we went to view some of these houses and apartments there were queues of up to fifty people – other teachers, nurses, guards, all struggling to find somewhere to live. The whole situation is ridiculous.”

Working on a piece on how more & more teachers are leaving Dublin because of the cost of living & housing crisis.

Sometimes I wonder if the Government actually gets how angry some people are… https://t.co/ntknnG3npy

Kerri says her and her boyfriend eventually found a granny flat.

“We’re lucky we got somewhere; but where’s our future? We work hard, we don’t go out, we save every single penny we have, yet there’s virtually no chance of us getting a mortgage in Dublin.”

She says they are now seriously considering emigration.

These are just a few of the messages I received from teachers – In all, I received dozens.

The thing is, I could do the exact same report next week, but instead of teachers it could be nurses or guards.

People in these once well-paid jobs have no choice but to share accommodation, when living on your own would cost you more than half of your salary.

The majority still live in Australia. They left because of a lack of jobs, but that’s not the reason people are leaving this time.

And would you blame them for leaving?