Taoiseach: 'No issue' between Government and President over Northern Ireland event

The Taoiseach Micheál Martin has denied there is any conflict between the Government and the Pre...

Taoiseach: 'No issue' between Government and President over Northern Ireland event

The Taoiseach Micheál Martin has denied there is any conflict between the Government and the President over an event commemorating the partition of Ireland.

President Michael D Higgins turned down an invitation to attend the event in Co Armagh, noting it would be inappropriate for the Head of State to attend an event that commemorates partition.

The Government has since announced it will send Foreign Affairs Minister Simon Coveney and Chief Whip Jack Chambers to the event.

But Mr Martin has denied suggestions that means the Government believes the President was wrong not to attend.

"Well no, it doesn't in any way undermine the position of the President - nor do I believe that the President would see it that way at all.

"I meet the President regularly in respect of a whole range of issues, now those discussions are confidential.

"You can take it from me there is no issue there in terms of the Government decision, or no sense of any difference or conflict or anything like that". 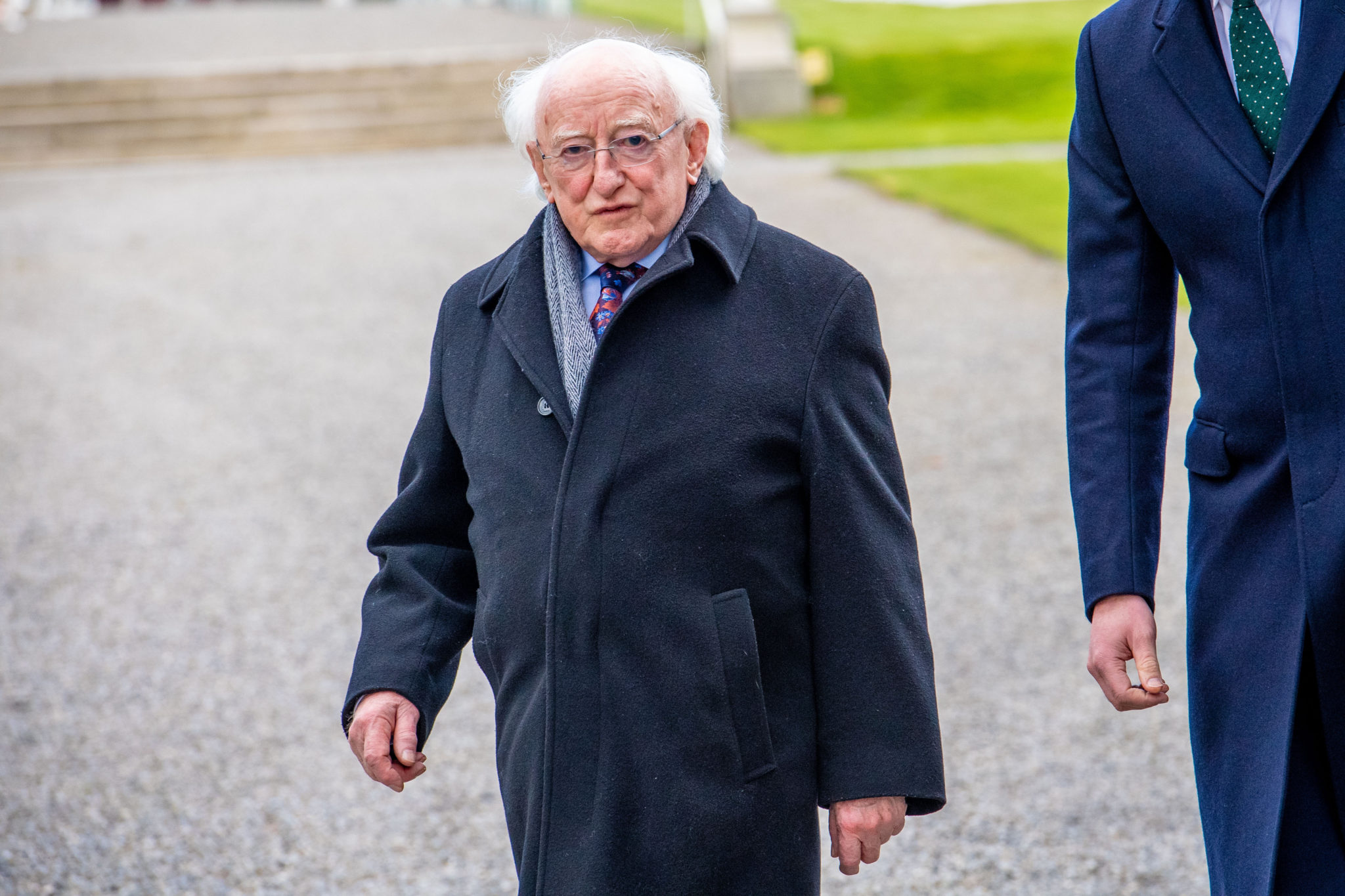 President Michael D Higgins meets with Britain's Duke and Duchess of Cambridge at Aras an Uachtarain during their three day visit to Ireland. Picture by DPPA/Sipa USA

Sinn Féin has strongly criticised the Government for attending the event marking the partition of Ireland, saying it should follow the lead of the President.

The Taoiseach says he is surprised at the criticism.

"I'm surprised at that because Sinn Féin would have attended [an] event last September, the Presbyterian church, at an event with more or less the same title to mark the centenary of the establishment of Northern Ireland and partition - that's the actual language that was in that event.

"So I don't get the consistency of the Sinn Féin viewpoint on this, quite frankly".

"We believe with the way we will need to think about the future of this island in the coming years, with the conversations we will have to have, I believe it is appropriate that the Government be represented at this event.

"But I completely understand and completely respect the decision that the President made", he said.