The President has criticised former Taoiseach John Bruton over his “very extraordinary” criti...

The President has criticised former Taoiseach John Bruton over his “very extraordinary” criticism of his decision not to attend a Northern Ireland centenary event.

President Michael D Higgins has declined an invitation to a church service commemorating the partition of Ireland and foundation of Northern Ireland.

He has said the  title of the event was politicised and noted that it would be inappropriate the head of State to attend an event that commemorates partition.

On Newstalk Breakfast this morning, Mr Bruton suggested President Michael D Higgins would have been in breach of the Constitution if he took that decision without first asking the Government.

Independent.ie reports that, speaking in Rome this afternoon, President Higgins said Mr Bruton is “wrong in his interpretation of the constitution.”

He said Mr Bruton’s comments suggested he had acted improperly, noting that it was “up to him” if he now wants to withdraw them.

“I welcome all of the suggestions but I have to take exception, quite frankly, to people who have suggested I have broken the Constitution,” he said.

“I find it a very extraordinary comment from the former prime minister and a member of the consulate of state who has always been treated with courtesy by me.”

Speaking this afternoon, the Foreign Affairs Minister Simon Coveney said the President’s team did consult with his office prior to making the decision but noted that the Department did not offer him “any clear advice” on what to do.

“I think it is quite clear from the statements the president has made in relation to it that he made his own decision,” he said.

“The Irish Government hasn’t received an invitation to the event that you refer to but if we do receive an invitation, of course we will give it serious consideration.”

In a statement this evening, Mr Bruton said his comments were based on media reports that the President acted without consulting the Government.

He said Minister Coveney's statement had clarified the situation adding that "the provisions of the Constitution now do appear to have been fulfilled."

"I am happy that that is the case and that the matter is now clarified," he said.

The church service is due to take place in Co Armagh on October 21st.

Mr Bruton told Newstalk Breakfast the service is a recognition of the existence of Northern Ireland.

"I think he is wrong not to attend, and I think there is time for him to change his mind.

"Obviously it requires great strength of character to change one's mind, but I think he should do so.

"This is not celebrating partition, it is simply recognising a fact.

"And it is important to recognise that fact - the fact that Northern Ireland exists and is legitimate - was recognised by the Irish people when they voted in the referendum on the Good Friday Agreement.

"The Good Friday Agreement accepts that it is the present wish of the people of Northern Ireland that they remain in the United Kingdom until that view is changed.

"So in going to this event and recognising that Northern Ireland existed for the last hundred years, the President would simply be recognising something that the Irish people have recognised."

'One of the most important invitations'

Mr Brtuon says President Higgins' reasoning for not attending, such as his title, does not stand up.

"No, they don't provide an explanation.

"This was one of the most important invitations he would have received as President - it wasn't an invitation to the opening of a credit union in Co Kerry.

"This was an invitation to attend an event which deals with a very difficult issue upon which policy is made by the Government.

"We can't have two policies on Northern Ireland - one being made by the Government in Merrion Street, and another being made in the Phoenix Park.

"There can only be one policy of the State in regard to how to deal with the problems of Northern Ireland.

"Reach out to the unionist community, which we need to do, both over the Northern Ireland Protocol and also over the future of our country". 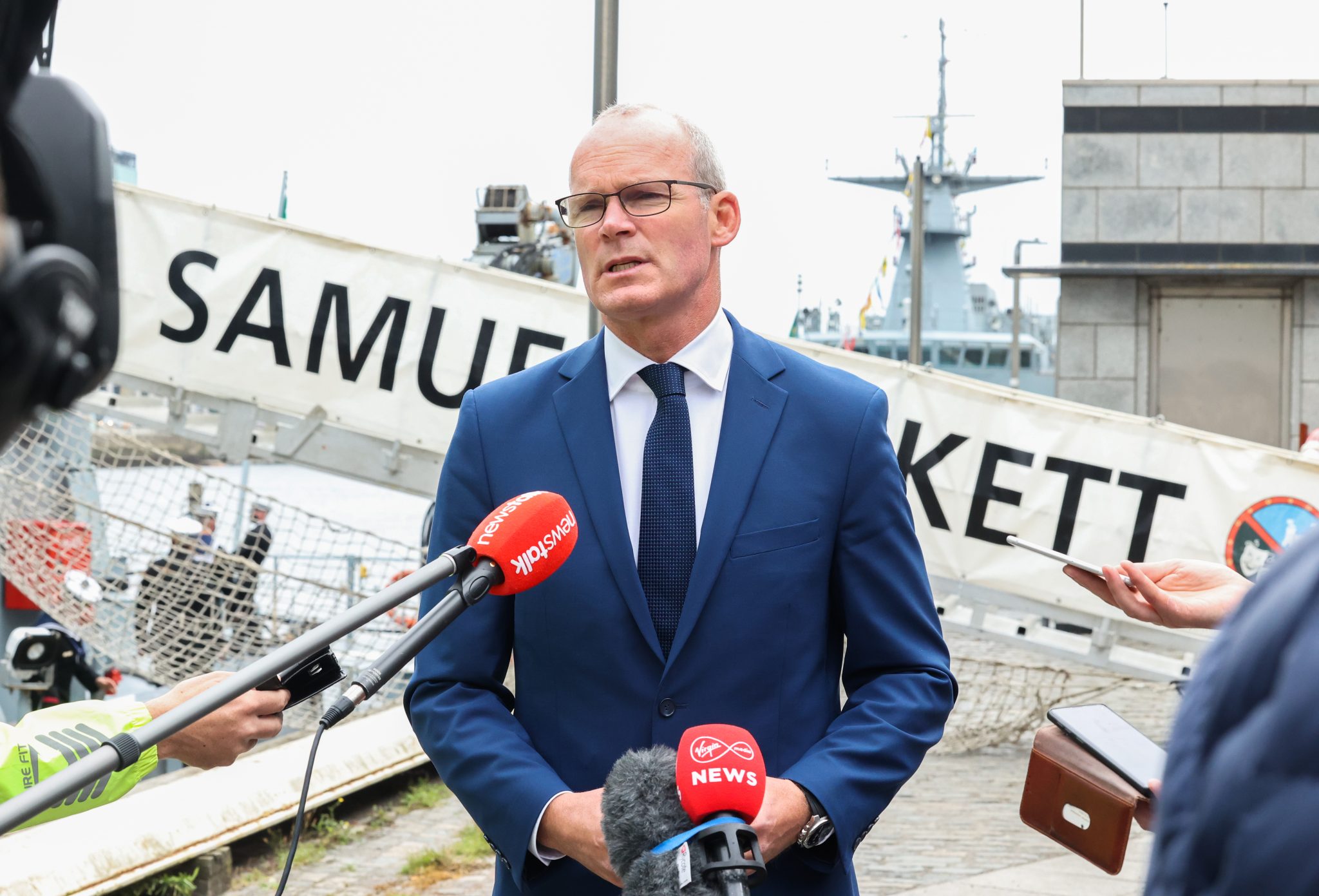 Foreign Affairs Minister Simon Coveney says there was consultation between his department and President Higgins.

He says: "There was consultation between the Department of Foreign Affairs and the Áras on this issue and many other issues.

"But I can assure you President Higgins is the kind of person who makes his own decisions.

"He listens to all perspectives and then makes a judgement for himself.

"And he's made his decision on this, he's given an explanation as to the basis of that decision, and I think we need to respect that".

While Northern Ireland DUP MP Gregory Campbell has said unionists are 'bewildered' at the situation.

He told Newstalk on Thursday: "It would be, I would have thought, a duty incumbent upon the head of State in the Irish Republic to do that just as I would have said the same had the roles been reverse.

"It is a snub to her majesty the Queen given what she has done in terms of reaching out to people in the Republic and it would be very, deeply unfortunate if he wasn't to reciprocate."

He also said attending the event would not suggest President Higgins was showing approval for partition.

"People go to events and commemorations all the time.

"They don’t necessarily have to say they approve of everything that was done in the establishing of either the country, the state, the event or the group they are commemorating."

McDonald: President Higgins 'correct' not to mark 'catastrophe' of partition