Stephen Teap says it's important to remember that children "grieve a lot differently" than adults...

Stephen Teap says it's important to remember that children "grieve a lot differently" than adults.

He says it's important to explain to children what is going on - but also to "allow them to be sad".

Stephen's wife Irene died of cervical cancer in July 2017 at the age of 35.

At the time, their sons Oscar and Noah were just four and two.

Stephen - who has become a high-profile patient advocate in the wake of the CervicalCheck controversy - has shared some of his experiences of dealing with grief to mark the start of Bereaved Children's Awareness Week tomorrow.

Speaking to Newstalk Breakfast with Susan Keogh, Stephen said his two sons have "taken a lot on their little shoulders" over the past three years - but are managing things well.

He said: "Noah started school in September, and it's these milestones that trigger an element of emotion again for all of us.

"It's sad, because when my oldest guy started school it was just three weeks after Irene had passed away - it was something she wanted to be there to see and witness. Of course she wasn't around for it.

"While you're so proud of them starting school and getting on with life and growing up, it's these little things that remind you what has been lost."

Stephen said he vividly remembers the morning after Irene passed away.

He said: "You're dealing with your own grief - grief to me was alien, as it was something I hadn't dealt with before. You're just drowning in the emotions of what has just happened.

"It's one of these situations where you just want to stay under the duvet and hide yourself from the world. But that morning I remember the boys coming in to me, and they needed breakfast... they were the people that saved me, and got me out of bed that morning." 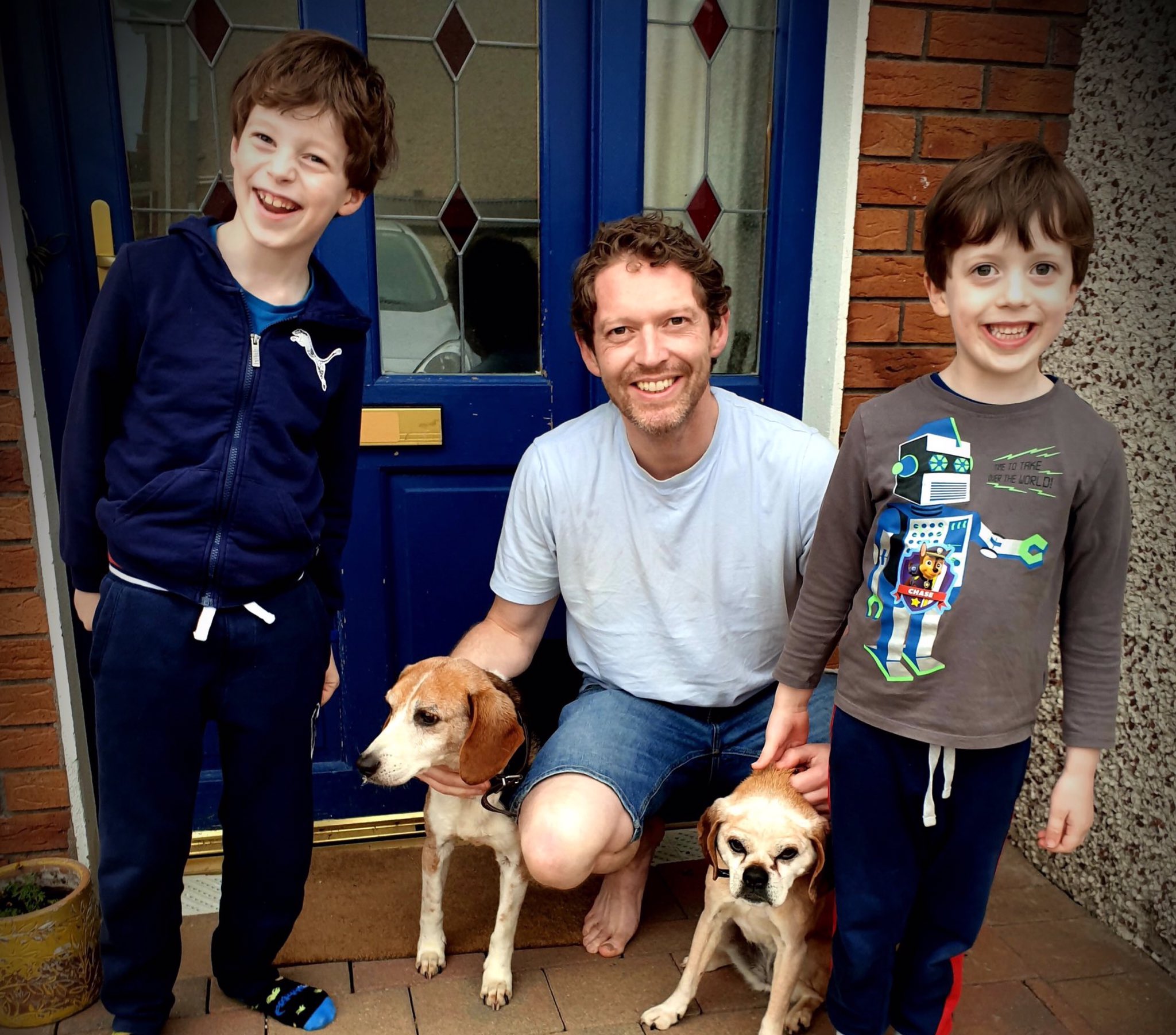 Stephen Teap and his sons Oscar and Noah

Stephen said the two boys knew Irene was sick - the physical impact of chemotherapy meant they had to explain what was going on.

He felt he had to keep "communication open" by talking about what happened with Oscar in particular, as it was the "only way I knew how to parent".

However, it was a different situation with Noah, who was just two at the time.

When it became apparent that there wasn't anything else doctors could do for Irene, Stephen said it was 'heartbreaking' to see her upset that Noah would have so few memories about her.

In the weeks, months and years following his wife's death, Stephen made sure he spoke regularly to Noah the time he spent with his mother.

He said he focuses on trying to make memories that Noah "can have for himself".

He explained: "It allows us to talk about Irene, but I can see he enjoys doing it... it gives him a connection that he wouldn't normally have had.

"These could be silly stories - I remember telling him a story about how once she put him into the back seat of the car, and she forgot to close the back door and started to drive off.

"It's a story he loves to recycle - thankfully he doesn't mention that I did the same thing too! But it's a story he always starts with 'dad, do you remember the time mum put me in the car and she drove off with the door open? She's so silly, isn't she?'

"The way he tells it in the first person... it has been implanted in his head that it's his memory now."

Stephen says it's important that he does "everything he can" to give Noah the memories of the time he spent with his mother.

'You allow them be sad'

Stephen also explained that he tells his sons how important it is to cry.

He told Susan: "When the boys tell me individually they're feeling sad today because they were thinking about their mum... you don't shut them down. You allow them be sad.

"It can be difficult, particularly when you're having a tough day yourself... now you have to deal with their grief. But you know as a parent we do whatever we can for our children."

He said the grieving process is about moving forward into a new world, but "capturing all the memories, love and even sadness" and carrying it with you.

Stephen's message for Bereaved Children's Awareness Week is to ensure adults talk with and listen to grieving children.

He said: "Acknowledge everything they're feeling... respect their own opinions of what is going on.

"Of course, try to explain to them when they do ask you questions - in the most age-appropriate way you can. The way I talk to both of my children about their mother... they're like two separate conversations, because my older child can absorb more than my youngest.

"The main thing is to be aware that children grieve also - and communication is the key."