A State funeral is underway in Charlestown, Co Mayo for Detective Garda Colm Horkan. The officer ...

The officer was killed on Wednesday night in Co Roscommon.

Funeral mass is began at midday, along with a minute silence outside Garda stations across the country.

Taoiseach Leo Varadkar was at Garda Headquarters in the Phoenix Park, while President Michael D Higgins  attended a ringing the Peace Bell at Áras an Uachtaráin.

The Tricolour at Government Buildings and other State buildings has also been lowered to half mast. 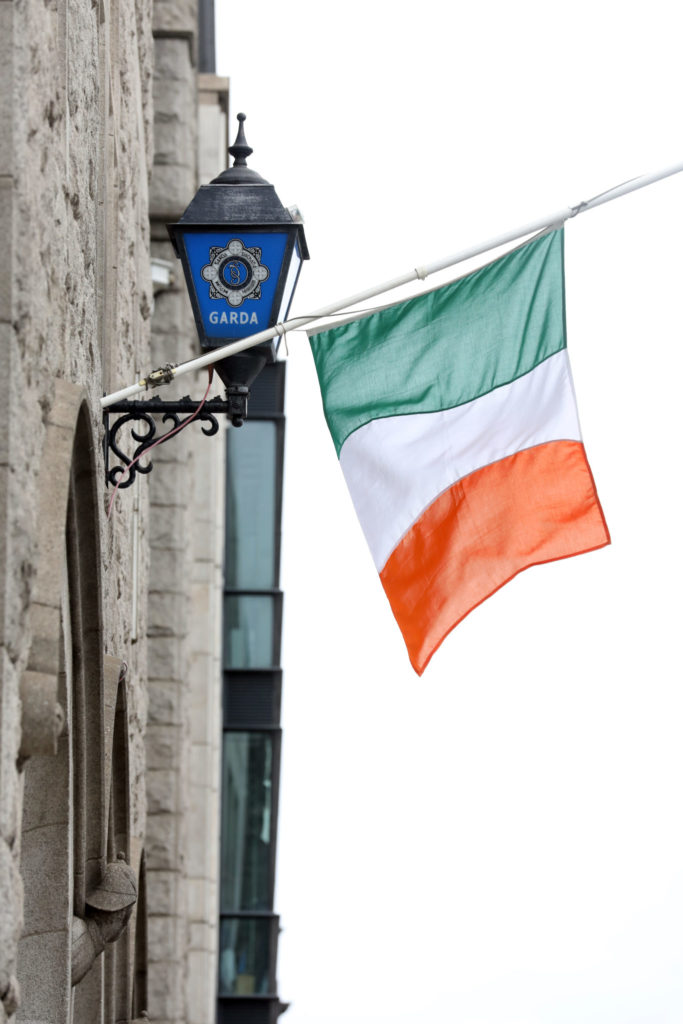 The Tricolour flag flies at half mast outside Pearse Street Garda station in Dublin over the murder of Colm Horkan in Co Roscommon. Picture by: Leah Farrell/RollingNews.ie

Justice Minister Charlie Flanagan is representing the Government at the funeral in Charlestown.

He and the Garda Commissioner Drew Harris also met Garda Horkan's family at their home, and walked with them to the church.

Due to COVID-19 restrictions only immediate family is allowed inside the church, but huge crowds have lined the streets of Charlestown to pay their respects. 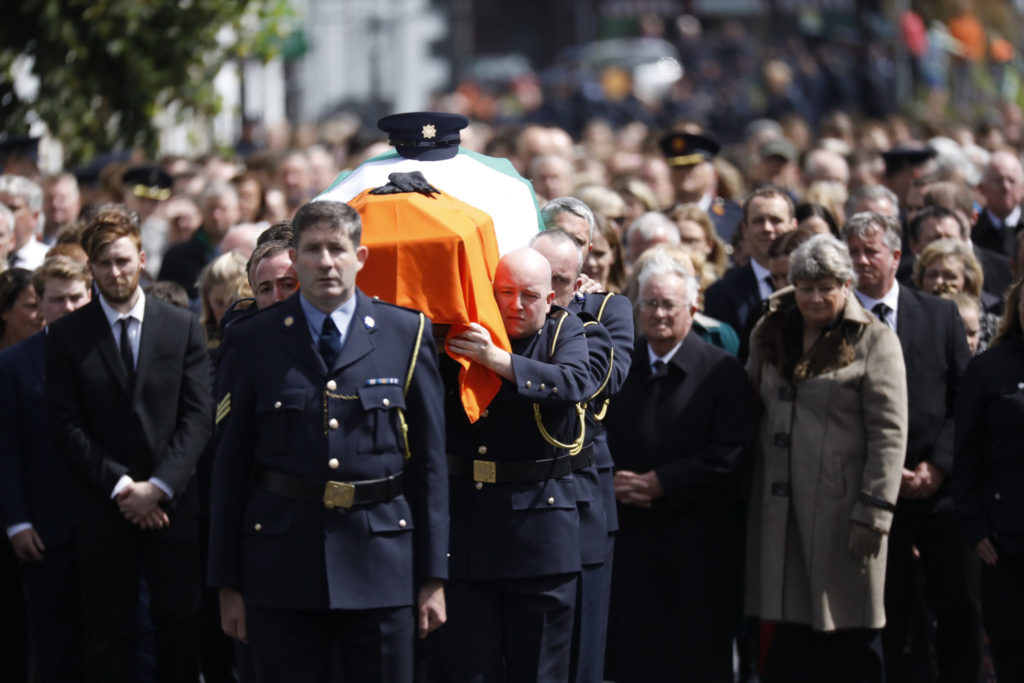 The officer died after a shooting in Castlerea, Co Roscommon where he was stationed on Wednesday.

Following the State funeral, his remains will be brought to the nearby cemetery for burial.

Stephen Silver of Aughavard, Foxford in Co Mayo has appeared in court charged with the murder.

He appeared at a special sitting of Castlerea District Court on Friday.

The court heard he made no reply when charged at Castlerea District Court, and his solicitor asked that all appropriate medical assessments be carried out.

He was remanded in custody to appear again at Harristown Court via video link next Friday.