He has been laid to rest in Co Mayo, following a funeral mass earlier.

The Taoiseach Leo Varadkar marked the minute silence at Garda Headquarters in the Phoenix Park. 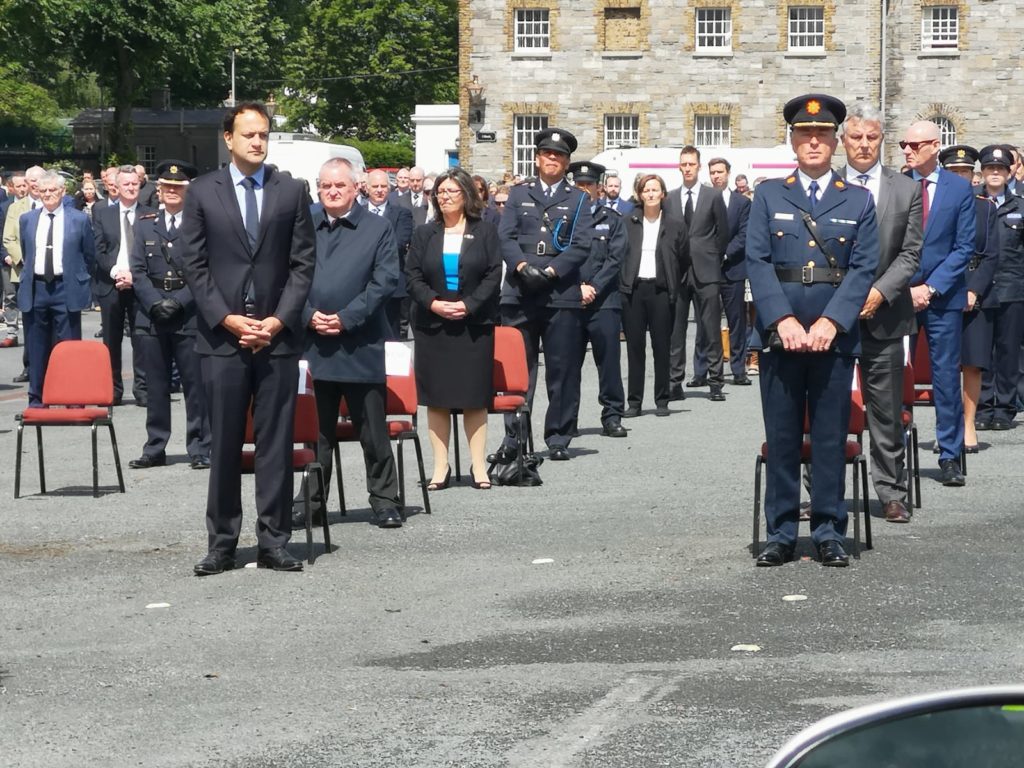 While President Michael D Higgins attended a ringing the Peace Bell at Áras an Uachtaráin.

The national flag is being flown at half-mast at Áras an Uachtaráin, as a mark of respect to Det. Garda Horkan. 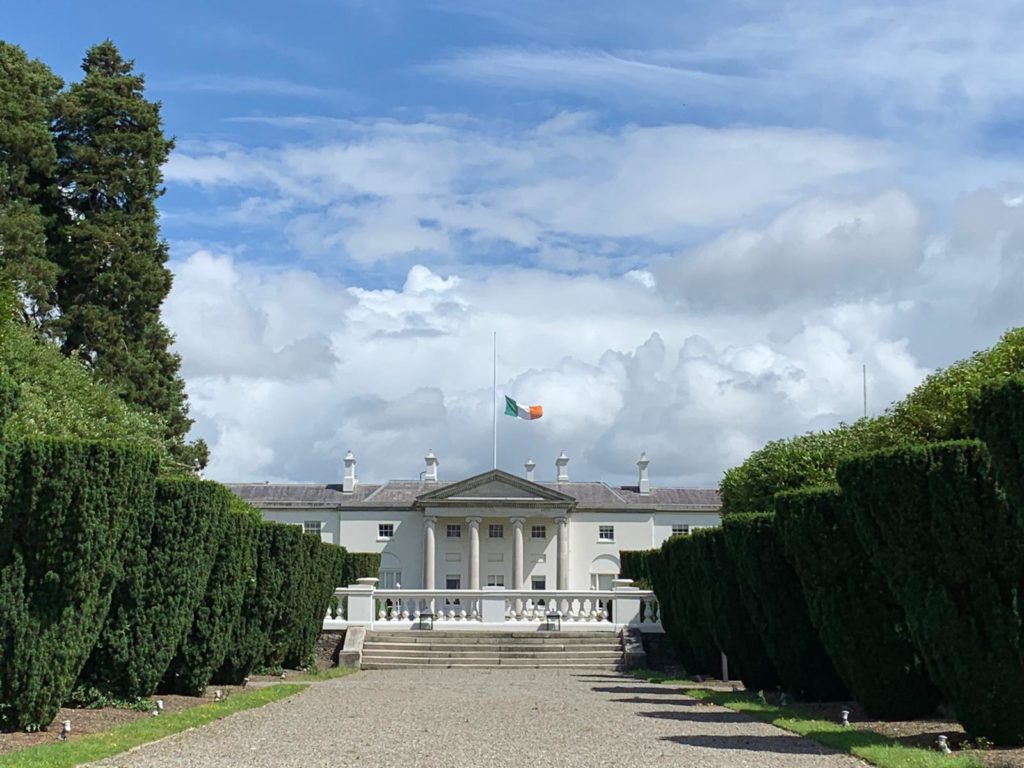 The Tricolour is lowered to half-mast over Áras an Uachtaráin

The Tricolour at Government Buildings and other State buildings has been lowered to half mast as a mark of respect. 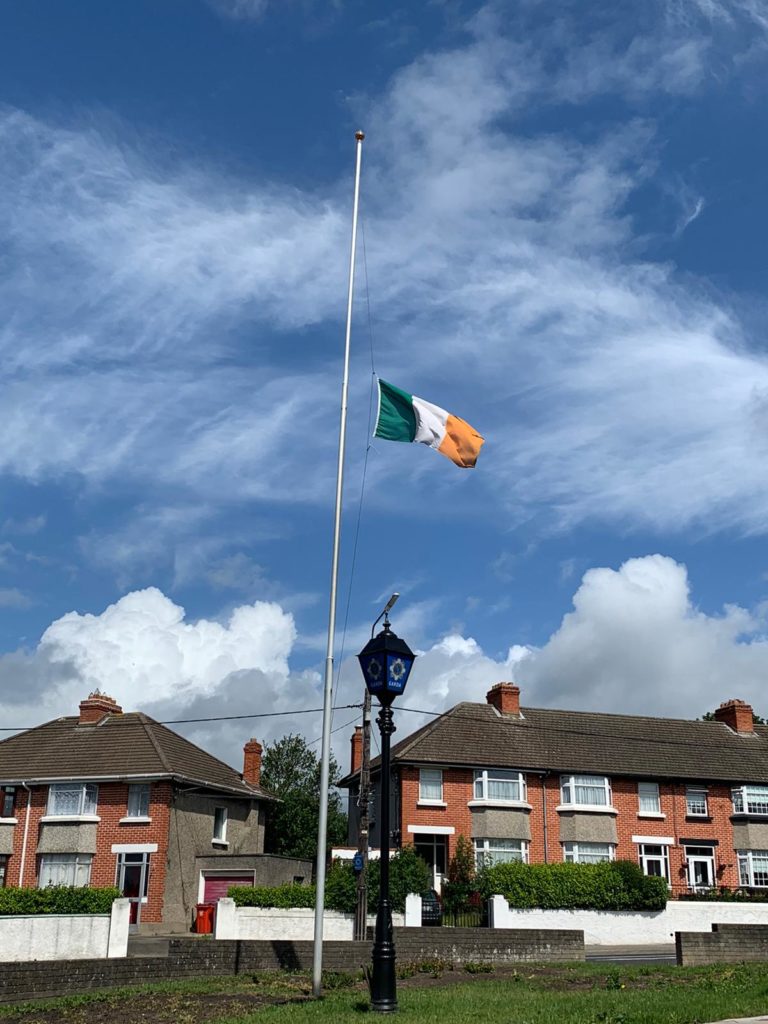 Tricolours are at half mast at Garda stations across the country

Justice Minister Charlie Flanagan represented the Government at the funeral in Charlestown.

The remains of Detective Garda Colm Horkan arriving at the church in Charlestown. From the gate of the church he received a guard of honour from colleagues on duty with him in Castlerea on Wednesday night when he was killed. pic.twitter.com/bdZIdU8lII

He and the Garda Commissioner Drew Harris also met Garda Horkan's family at their home, and walked with them to the church.

Due to COVID-19 restrictions only immediate family was allowed inside the church, but huge crowds lined the streets to pay their respects. 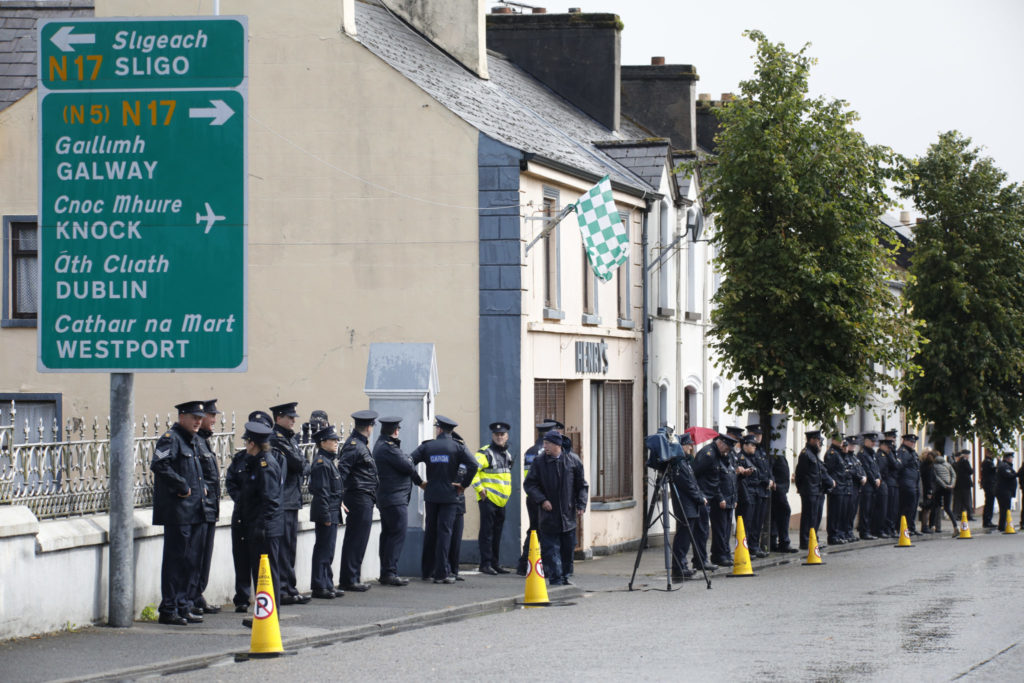 Gardaí await the arrival of the coffin of Garda Colm Horkan in Charlestown, Co Mayo. Picture by: Leon Farrell/RollingNews.ie

The officer died after a shooting in Castlerea, Co Roscommon on Wednesday where he was stationed.

Charlestown, along with Garda Stations around the country pauses for a minute silence in honour of a Detective Garda Colm Horkan. pic.twitter.com/OaxfPKySL3