An Tánaiste Leo Varadkar says the LGBT community is 'very worried' about what the murder of two men in Sligo represents.

Two separate murder investigations are underway after the bodies of Aidan Moffitt and Michael Snee were discovered in their homes this week.

Mr Varadkar told The Pat Kenny Show this is a worrying development for the country as a whole.

"I first of all just want to express my condolences to the family and friends of Aidan Moffitt and Michael Snee.

"I would have met Aidan, a Fine Gael activist, I didn't know him well but have been speaking to some of our team up there.

"They're really shocked and really devastated about what's happened.

"This is really gruesome stuff, I know people in Sligo are really shocked.

"The LGBT community is very worried about what this represents.

"And I would of course encourage anyone to pass on any information they have to the Gardaí, even if they don't think it's particularly relevant." 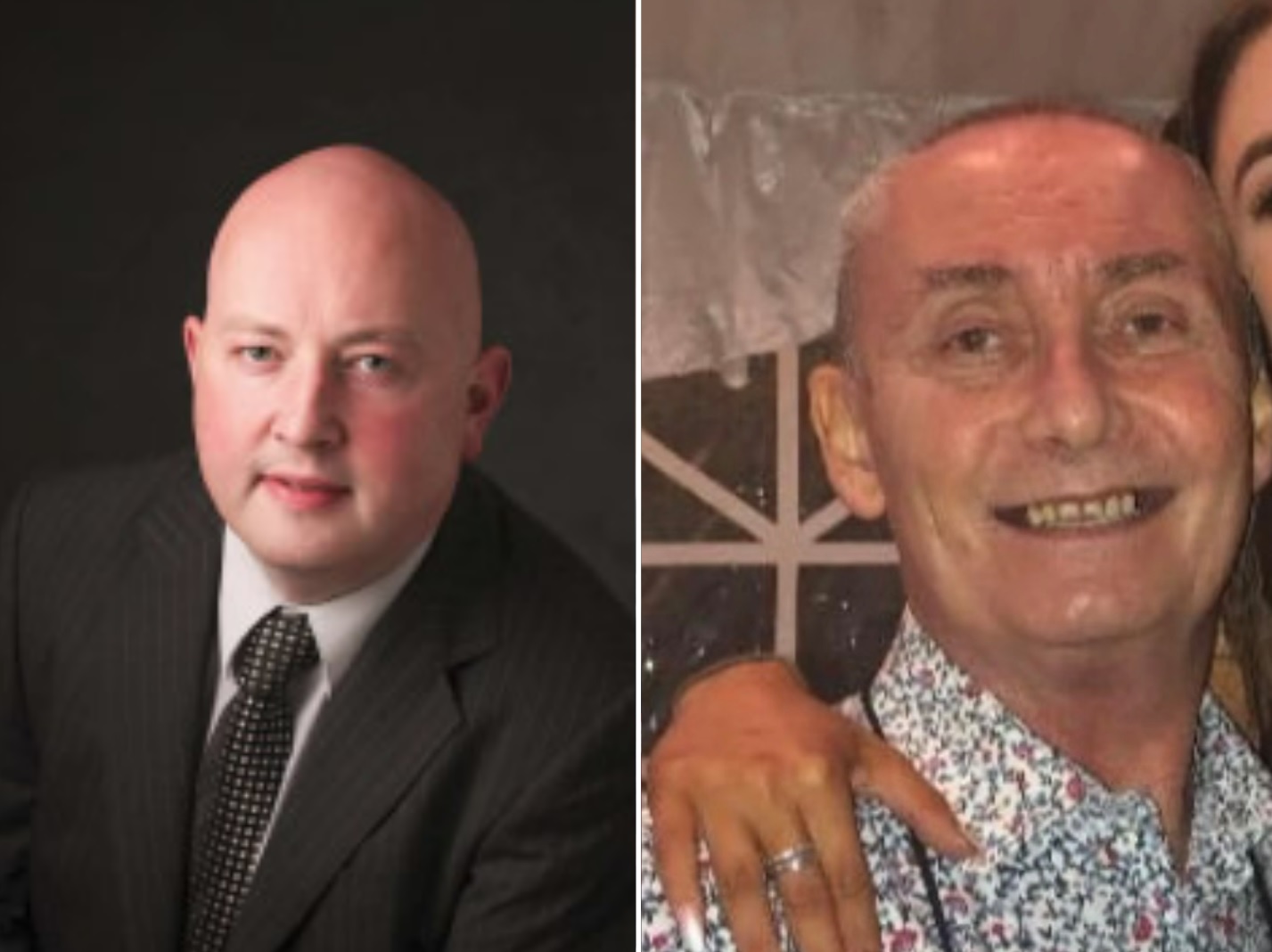 Mr Varadkar says while motives are unclear, this could be a backlash to Ireland's social progress.

"It is kind of scary - Ireland is a welcoming country for gay and lesbian, bisexual, transgender people in the main.

"It is safe country in which to be a gay person, but I think a lot of us had hoped that we'd seen these kind of attacks behind us".

Also referencing a recent homophobic attack in Dublin city, he says: "I don't know whether or not it represents a resurgence in homophobia, there's a worry that it might.

"You'll remember the incidents of the burning of the Pride flags there last year - there have been a number of assaults and now these murders too. 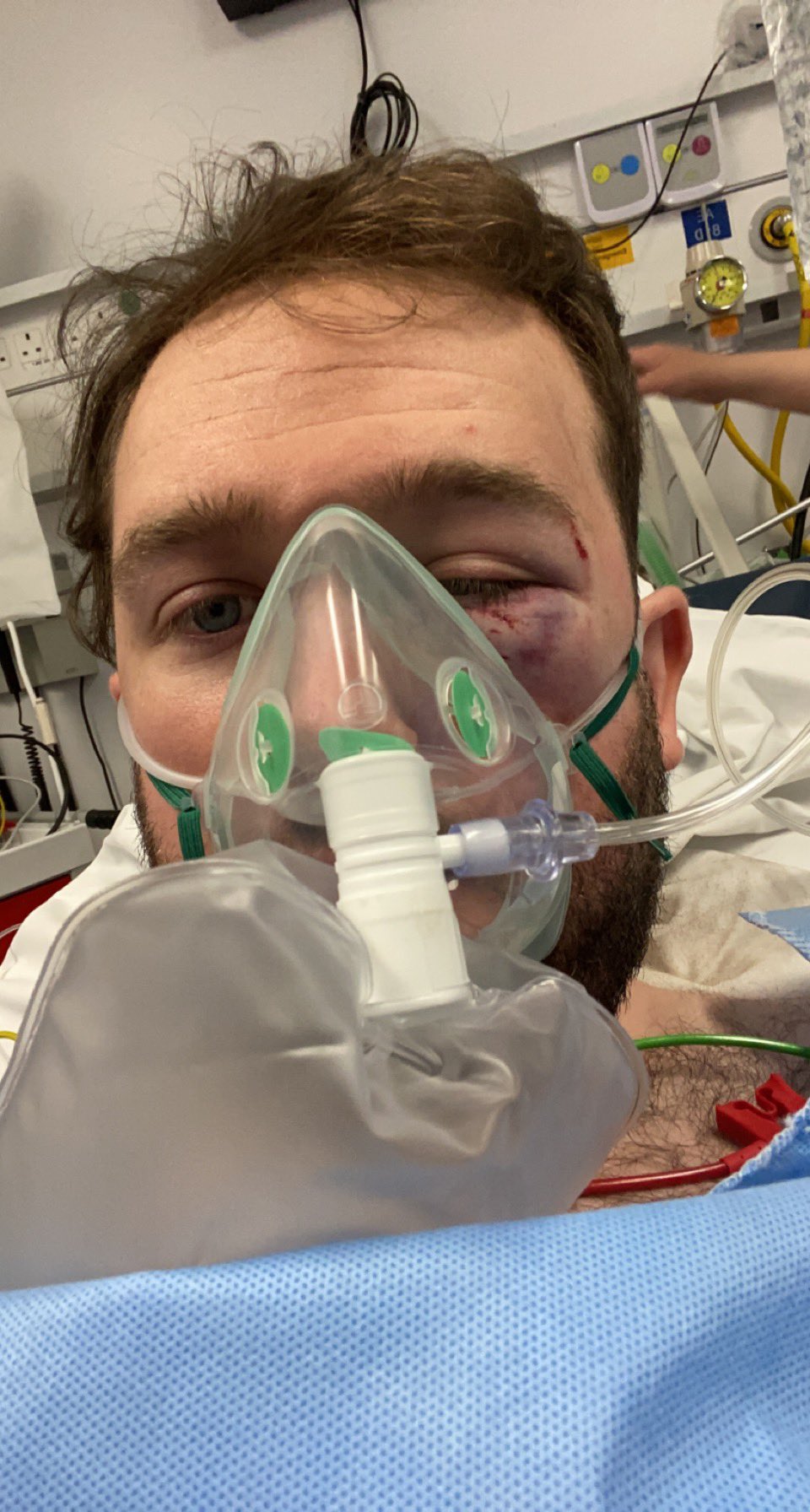 Evan Somers was the victim of a homophobic attack in Dublin city last weekend. Picture by: Twitter/@ebintosh

"It's hard to know what's the cause; perhaps because we're in a different phase of the pandemic and people are out and about more, maybe there's a snap back - if you like - in violence.

"It could also be a backlash against the progress we've made as a country, and we've seen that happen in other countries too.

"America progressed along a socially liberal route for decades and then there was kind of a snap back, and things got nasty again and they got involved in culture wars.

"And I really hope that's not where we're heading".

He believes the Gardaí have a larger role to play.

"There are a number of things we can do: I think one is a more visible and clear Garda presence on our streets, particularly in Dublin but also in our other cities and towns.

"We've more Gardaí than we've ever had before in Ireland... but I don't think people feel that they're seeing more Gardaí on the streets.

"And I think we need to kind of redouble the kind of things that we're doing in schools and in communities, just to encourage people and teach people to be more accepting of diversity and more understanding of the fact that people have their own course in life".

The Tánaiste also reacted to a recent opinion poll, showing Sinn Féin remains the most popular party in the country.

The Irish Times/Ipsos poll shows Fianna Fáil has gained three percentage points to 23%, with Fine Gael up two to 22%.

On this, Mr Varadkar says he can see this Government being re-elected.

"I know opinion polls don't predict election results, and I'd never take one opinion poll on its own too seriously.

"But there are four different polling companies that do polls and... all four have done a poll in the last month, and in three of those Fine Gael support has gone up.

"With an increased first preference vote, with the possibility of more transfers from Fianna Fáil than we would have got in the past, and a bigger Dáil we would then be in a position to gain seats".

And he says support across the coalition parties suggests "this is a Government that could be re-elected".

"There's a narrative out there that it's inevitable that Sinn Féin will lead the next government.

"They're strutting around Leinster House, behaving like they're just waiting to get their Ministerial Seals of Office.