Six people were arrested during an operation targeting yesterday's anti-lockdown protest in Cork ...

Two of those were detained at the demonstration, while the others were stopped outside of the city.

Two men were arrested at the rally itself in the city yesterday afternoon for breaches of the Health Act and Public Order Act.

Gardaí also arrested four people, three men and a woman, at a variety of locations at checkpoints set up on major routes surrounding Cork City.

They took place in north Cork, Kerry and Kildare, and those people were detained for refusing when told to turn back and go home. 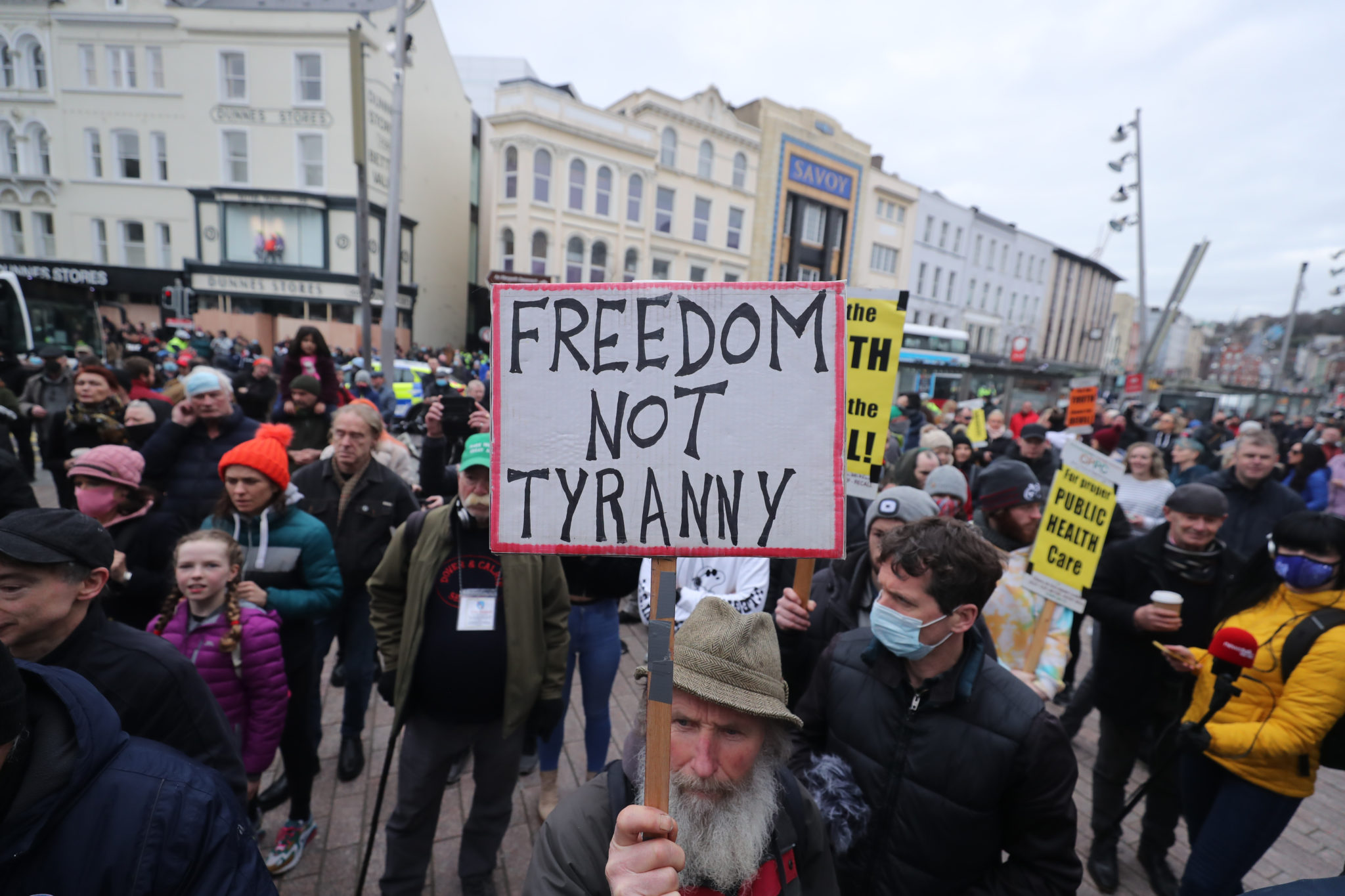 The organisers of the event, The People's Convention, had previously condemned the violence that took place last weekend in Dublin city centre.

More than 200 Gardaí took part in yesterday's operation which was a blend of local and national units including the mounted unit and the Garda helicopter.

Hundreds attended the demonstration on St Patrick's Street with people brandishing signs such as, 'Freedom Not Tyranny', and, 'Tell The Truth, Shame The Devil'.