The Taoiseach has condemned anti-lockdown protests in Dublin city centre today as "thuggish". 23 ...

The Taoiseach has condemned anti-lockdown protests in Dublin city centre today as "thuggish".

23 arrests have been made after fireworks were launched at Garda lines during the rally.

Three Gardaí were injured during the protests, while one officer has been taken to hospital.

Hundreds of people gathered near the corner of Grafton Street and South King Street to protest the public health restrictions at around 2pm.

Leaflets making false claims about the pandemic were handed out, along with material published by a far-right political party.

Fireworks were launched at Gardaí as they faced off with the protesters and one officer was hit in the helmet, though it's understood they've escaped serious injury. 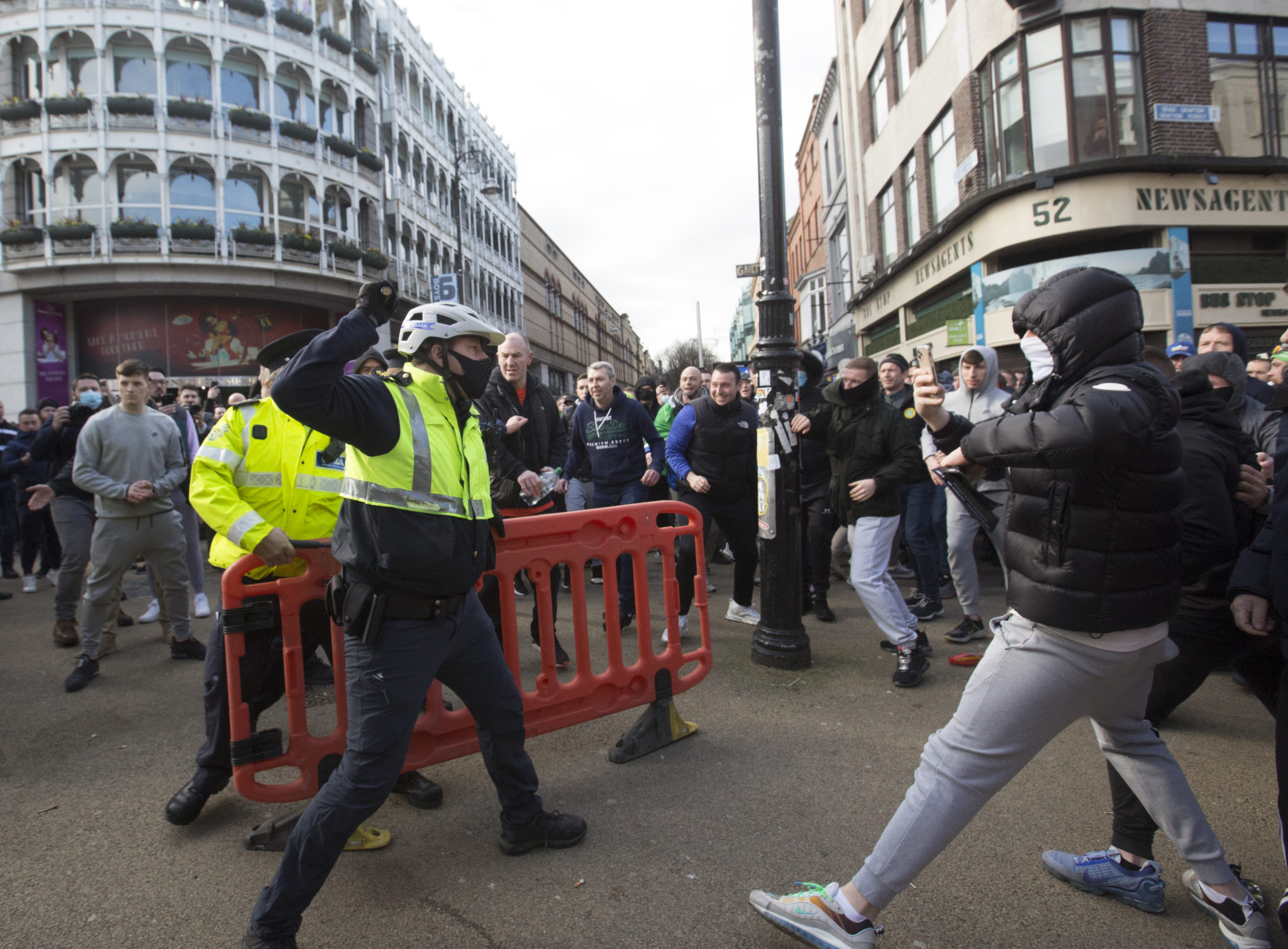 The Taoiseach Micheál Martin said the protests "posed an unacceptable risk to both the public and Gardaí".

"The large gathering, in the face of ongoing COVID-19 restrictions, showed a complete lack of respect to the people who have made huge sacrifices during this pandemic," he said.

"Nor can we tolerate the thuggish behaviour or attacks on Gardaí, who have the public’s utmost respect as they continue to protect and serve our society in difficult circumstances.

"There can be no justification for the march or the violence that unfolded, and I pay tribute to members of An Garda Síochána who moved quickly to make arrests and restore order." 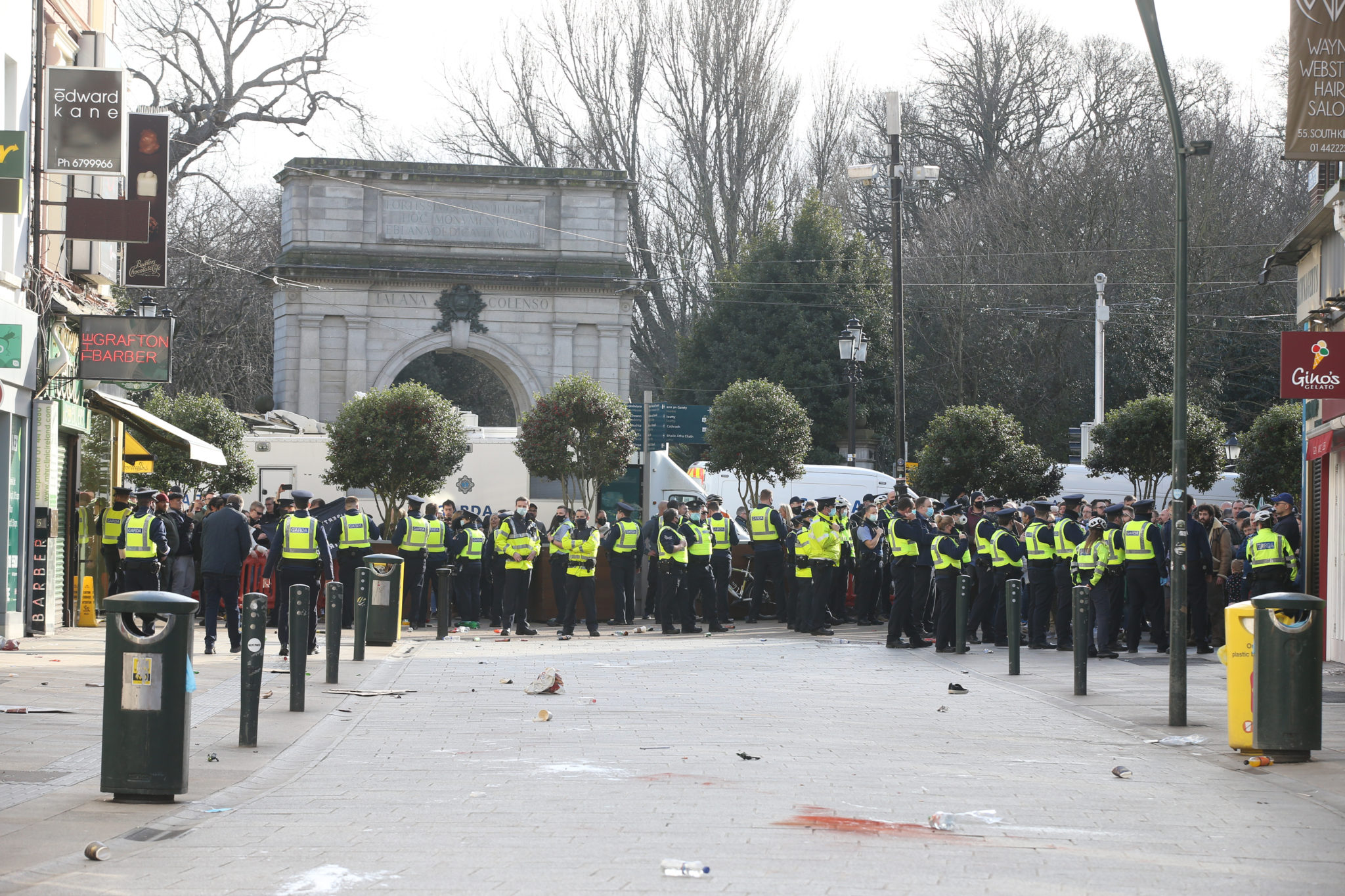 Earlier, Justice Minister Helen McEntee said a special court sitting is being arranged to make sure "these law-breakers are prosecuted speedily".

She commended the courage and professionalism of the Gardaí on duty today in Dublin "who responded with great control and discipline in an extremely challenging situation".

The Minister says this situation was completely unacceptable and was an insult to so many who have worked so hard in the fight against COVID-19 and to those who have died.

St Stephen's Green and the Iveagh Gardens were closed today as part of a policing plan operated by Gardaí in response to the protesters.

A number of traffic diversions were in place, with Luas trams skipping the St Stephen's Green stop there this afternoon.

The parks are expected to reopen as normal tomorrow.