The party's chef negotiator Pearse Doherty said they want to make contact with everyone.

On Thursday, Mr Doherty said: "Mary Lou McDonald said that we would talk to all parties after the election.

"She has already met with The Green Party and People Before Profit, has spoken to Brendan Howlin and tomorrow she will meet with the Social Democrats.

"Those talks will continue.

"Now we wish to meet with Fianna Fáil, and later on with Fine Gael.

"The first step of that process is for our leader Mary Lou McDonald to meet with the leader of Fianna Fáil Micheál Martin.

"There are big policy incompatibilities between Sinn Féin and Fianna Fáil.

"Our objective is a government that builds homes, cuts rent and freezes them, deals with the health crisis, reduces the pension age to 65, stands up to vulture funds and the insurance industry, gives workers and families a break and advances Irish unity."

It comes as Fianna Fáil's parliamentary party meets later for the first time since it lost eight seats in the general election.

The party is also split on what to do next and whether or not to work with Sinn Féin.

Election candidates have been licking their wounds for the past few days, and the party has felt a sense of shell-shock.

Many expected them to comfortably be the largest party in the Dáil - instead, it lost eight seats and leads Sinn Féin by just one TD. 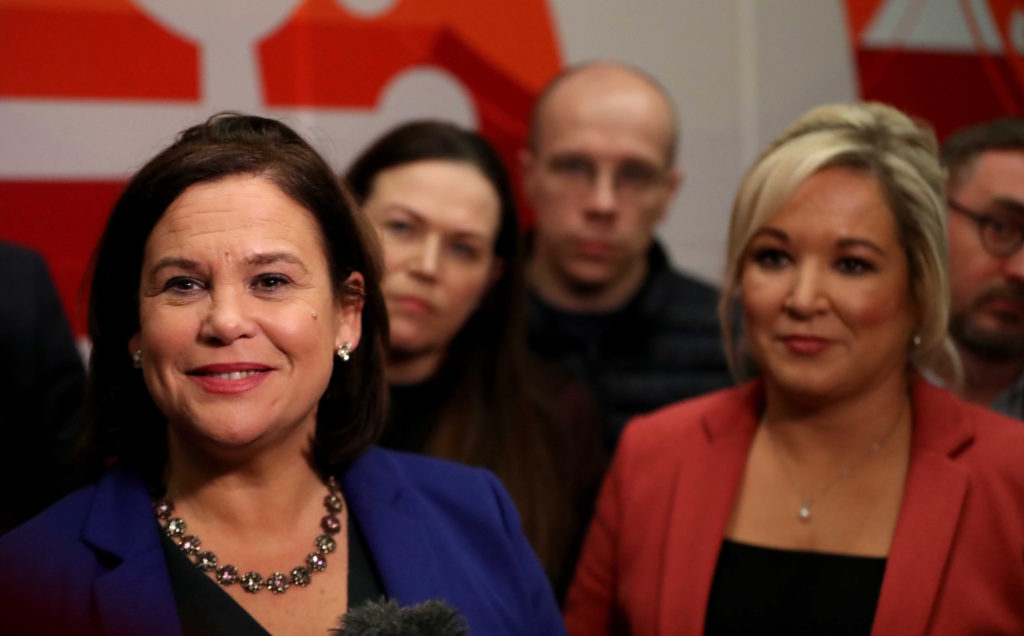 The reduced parliamentary party gathers in Leinster House later, with plenty wanting to air their views about what went wrong to the party leadership.

It will be Mr Martin's first time addressing the group since the election.

The party also has to decide what to do next, and is completely split on whether or not to do business with Sinn Féin.

While others say they would entirely reject the idea of government with Sinn Féin.

On Wednesday, The Labour Party leader Brendan Howlin announced he is to resign from the top role.

Mr Howlin said Labour would not formally enter government and that has been backed by the parliamentary party.