Sinn Féin come out top of opinion poll, ahead of Dublin by-election

The latest political opinion poll shows Sinn Féin is the most popular party in the country headi...

Sinn Féin come out top of opinion poll, ahead of Dublin by-election

The latest political opinion poll shows Sinn Féin is the most popular party in the country heading into the upcoming Dublin Bay South by-election.

The Ipsos-MRBI poll for the Irish Times has Mary Lou McDonald's party four points clear of its nearest rivals.

The survey on the eve of the Dublin by-election shows Sinn Féin up three points on 31% support - its highest level in an Irish Times/Ipsos-MRBI poll.

Fine Gael falls three points to 27% support as the second most popular party in the country.

The big jump however is for Fianna Fáil - which is up six points to 20% support since the last poll in February.

There has also been a big increase in support for the Government's handling of the pandemic. 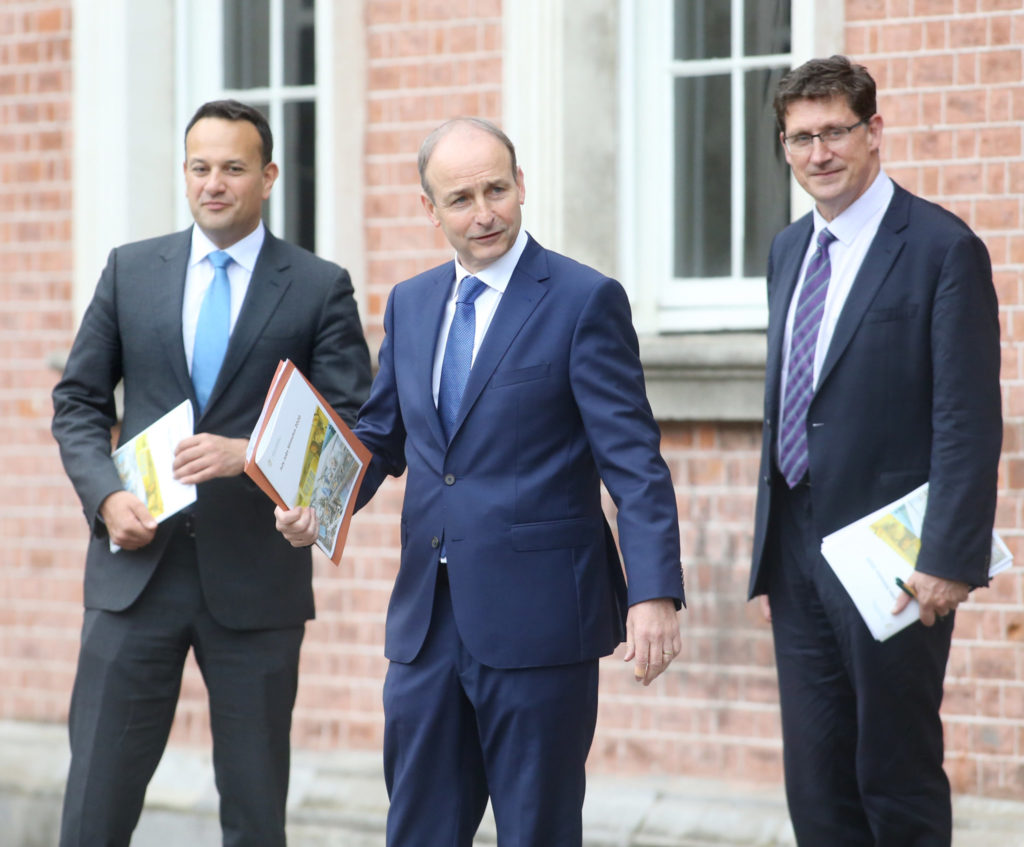 Eamon Ryan (right) is the only one the three coalition party leaders who has seen his satisfaction rating fall. Picture by: Sam Boal/RollingNews.ie

Some 70% of voters say the Government is doing a good job on that front, a jump of 25 points.

Both Taoiseach Micheál Martin and Tánaiste Leo Varadkar have seen their personal satisfaction ratings rise - with Mary Lou McDonald's dropping slightly despite the good fortunes for her party.

Green Party leader Eamon Ryan is the biggest loser on that front, falling nine points to have an approval rating of just 26%.

The Government's overall approval rating is up 10 points to 53% since February.

The poll was conducted among 1,200 adults at 120 sampling points across all constituencies on Monday and Tuesday of this week.

Respondents were interviewed at their own homes - a change from February’s poll, which was conducted via telephone because of coronavirus restrictions.

The accuracy is estimated at plus or minus 2.8%.