Voters in Dublin Bay South will go to the polls on July 8th to fill the seat left vacant by Eogha...

Voters in Dublin Bay South will go to the polls on July 8th to fill the seat left vacant by Eoghan Murphy.

Every Irish and British citizen included on the register of electors there can vote.

The writ was moved in the Dáil on Wednesday, meaning candidate posters have now gone up on lampposts in the area.

Darragh lives in Dún Laoghaire and told Lunchtime Live he does not understand why they are still used.

"I think they're completely not needed in this day and age.

"It's kind of the same thing every few years - whether it's a general election or referendum - thousands of these posters, maybe even tens of thousands, go up around the country.

"Invariably some of them end up getting washed away or blown away.

"The cable ties are never removed afterwards: you can still see ones from years ago on lampposts all around the country.

"It just seems like a bit of an environmental waste in this day and age.

"I think there's better ways for politicians to be able to get their message across to people".

Citing the Netherlands as an example, he said a limit could be set on the number of posters a candidate can have in any given area.

"In other countries, like Amsterdam for example, there's a limit to how many can be put up.

"They do put up posters, but they're put in very, very select areas.

"And I don't see why something like that can't be done here: where maybe candidates are given a select number and that's all they can use."

'Basing our vote on proper issues'

Darragh also said the argument that some people base their vote on posters is the perfect reason to get rid of them.

"Sometimes as well the argument is often used that people make a decision based on an election poster, and this is one reason why the political parties still like to use them.

"But to me, that would almost be a reason to ban them even more.

"We should be basing our vote on proper issues, having thought about the candidate, what they stand for [and] what they don't stand for. 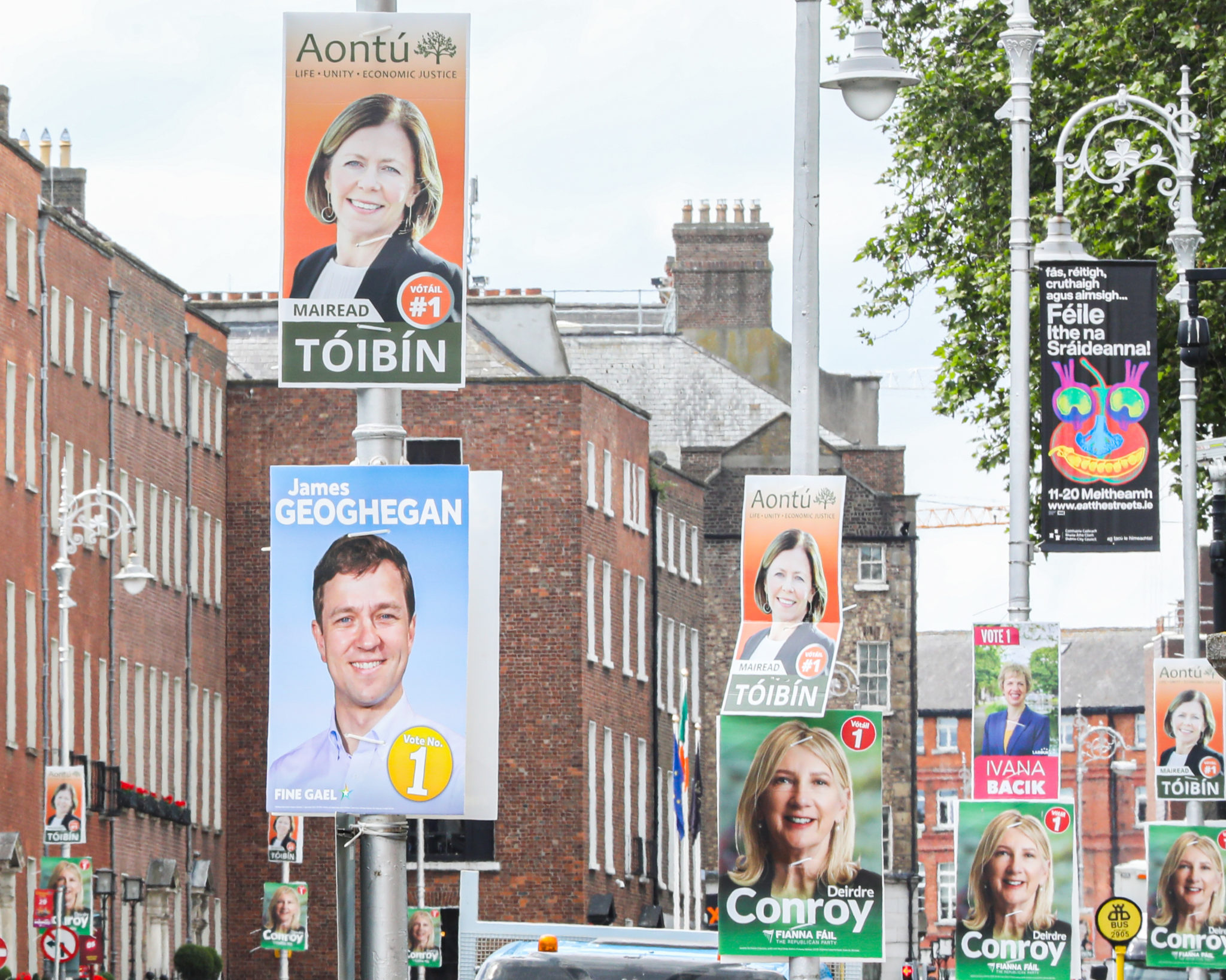 "I don't think going out and voting, as some people maybe do, based on who looks nicest on a poster - or who has the best slogan - is actually very healthy for democracy either".

Christopher, who lives in the constituency, said the posters do serve a purpose.

"I think that those posters bring a moment of occasion to an election, they alert people to it.

"The '60s were very dull - we had St Patrick's Day and Easter, but when the elections came around when I was a kid you'd see all these colourful posters up.

"They kind of draw people into local democracy, they also give party political activists a job to do in the election - that they feel they're part of it.

"And they also keep a good few small printers fed".

While Dr Adrian Kavanagh, from the Department of Geography at NUI Maynooth, said the posters can be particularly helpful to older voters.

"They do alert people to the fact that there is an election happening, and particularly in a constituency like Dublin Bay South I think they're important.

"In the last general election, Dublin Bay South had one of the lowest turnouts in the country - it was 52%.

"We might say 'Well they can follow on social media, etc'... a lot of older people won't use social media or the internet very much.

"A lot of people who use social media, they're probably not following politicians.

"They're probably following other things like sports or movie stars or that, other than elections.

"So I think they are important".

But on suggestions for limiting the number of posters, Dr Kavanagh said: "That's not a good idea.

"The problem is some posters don't always stay up on the polls they're put up on.

"So if you're a party and you're limited to 200 posters, and maybe a couple of your posters go missing, then you might be at a disadvantage".