A second case of Ebola has been confirmed in the city of Goma in the Democratic Republic of the C...

A second case of Ebola has been confirmed in the city of Goma in the Democratic Republic of the Congo (DRC).

It is seen as significant as the city of almost two million people is on the border with Rwanda.

The head of the World Health Organisation (WHO), Dr Tedros Adhanom Ghebreyesus, says it is "sad news".

"There is no indication at the moment that this person is linked to the first case identified in this city on July 14th," he says.

"The risk of national Ebola spread is high.

"The population in Goma... is highly mobile, so this is an event we have anticipated.

"This is why we have been doing intensive preparedness work in Goma so that any new case is identified and responded to immediately." 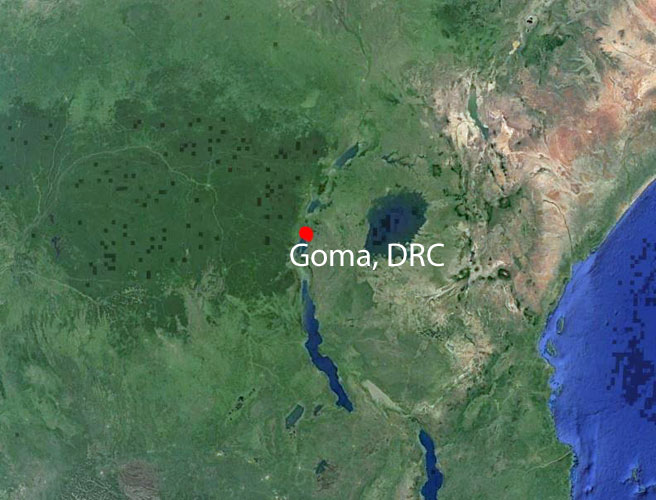 Goma is seen in the Democratic Republic of Congo, near the border with Rwanda | Image: Google Earth

So far, over 5,000 health workers have been vaccinated against Ebola in Goma.

Health centres have also been provided with training and equipment to improve infection prevention and control.

Screenings at border crossings have also been reinforced with 24-hour monitoring in place at the local airport.

As of July 29th, there have been 94 probable cases in the country with 2593 of those confirmed.

Just over 1,700 people have died since the outbreak began in August last year - with a further 94 deaths thought to be related to the disease.

The situation was declared a public health emergency of international concern by the WHO earlier this month.

The Department of Foreign Affairs is urging Irish citizens to avoid non-essential travel.