There were more COVID outbreaks in Irish schools in the second half of last year than in any other public place.

There were more COVID outbreaks in Irish schools in the second half of last year than in any other public place.

New Health Protection Surveillance Centre (HPSC) figures show just over 4,100 outbreaks were recorded in Ireland between the end of June and the end of the year.

Some 23% of the outbreaks (919) were recorded in private homes – the highest figure for any category.

When it came to public spaces, schools were the most likely to experience outbreaks, followed by workplaces, residential institutions and childcare settings.

Some 514 outbreaks were recorded in Irish schools. 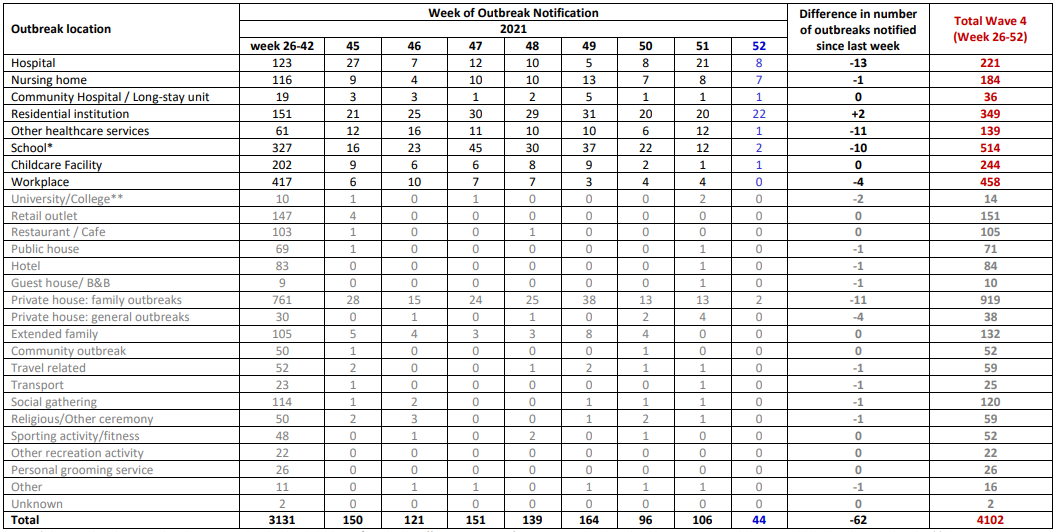 It comes as thousands of children returned to school this morning following the Christmas break.

Teachers unions have warned that schools will face staffing issues as children return – with the Government accepting that some classes and individual schools may have to temporarily close in the coming weeks.