He lives in the real-life Alaskan town of North Pole, where he is a city council member

Voters in the US state of Alaska will go to the polls next month to fill a House of Representatives seat left vacant following the death of a serving member.

US Army veteran Don Young died in March, after serving 49 years in the legislature.

Sarah Palin, 2008 Republican US vice-presidential nominee, will be one of those in the running for the seat.

But so will someone whose name you may also have heard before: Santa Claus.

He lives in the real-life Alaskan town of North Pole, where he is a city council member.

He says he shares many of Senator Bernie Sanders's positions - being a long-time advocate for child health, safety and welfare.

He told Moncrieff why he chose Alaska: "I'd been living up in Lake Tahoe, on the Nevada side... and I'd changed my name.

"I was having success contacting state and federal legislators in the United States talking about children's issues, trying to get their support for legislation,

"So I did a little research and, to make a long story short, moved up to North Pole Alaska - where I now serve as city councilman, and also as a member of the Alaska Public Broadcasting Commission". 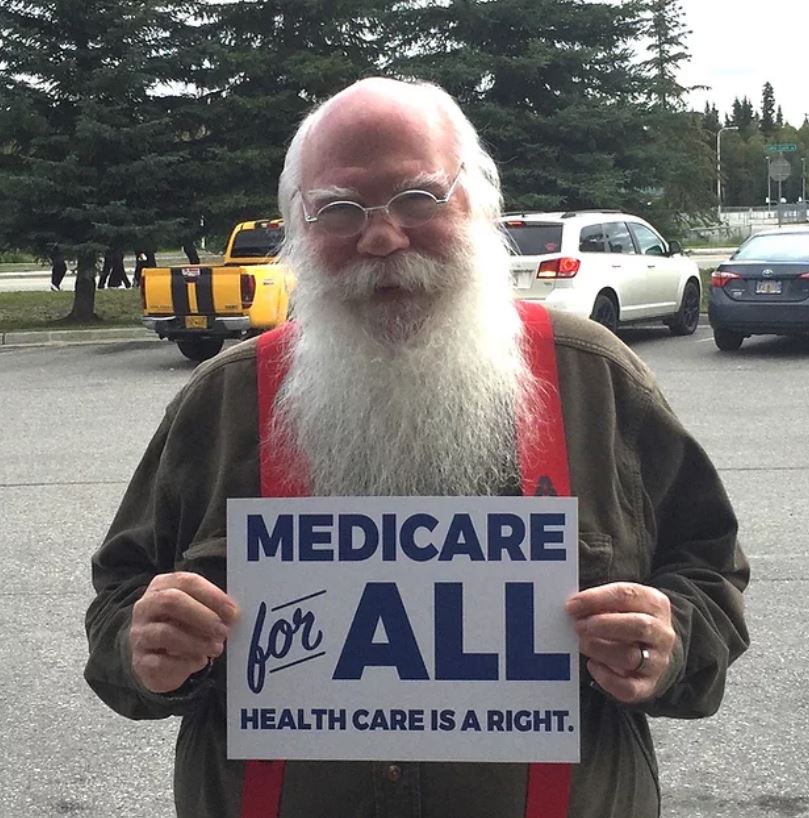 'An answer to a prayer'

He says this plan literally came as an answer to a prayer.

"I'm a monk in real life and I was way up in the mountains in that little town up in Nevada, and I was praying.

"It was winter time, I had grown out my beard the previous fall in 2004 - and people said 'Oh you got to do this Santa thing'.

"So I did that as a volunteer for a lot of non-profit organisations around Lake Tahoe.

"And that February I was walking to the post office in the snow... and I was praying: 'What should I do with this gift, this beard, appearance - how can I help the greatest number of children?'

"So about 20 seconds after I finished my prayer, this white, nondescript car came up the road towards me.

"It's windows were open so I kind of paid attention, because it was so cold outside.

"I couldn't see who was driving, but right as it passed me this male voice shouted out the window: 'Santa, I love you!'

"And I figured well, that's a pretty fast answer to a prayer.

"So I took it to heart and the following day I went through the legal process of changing my name to Santa Claus". 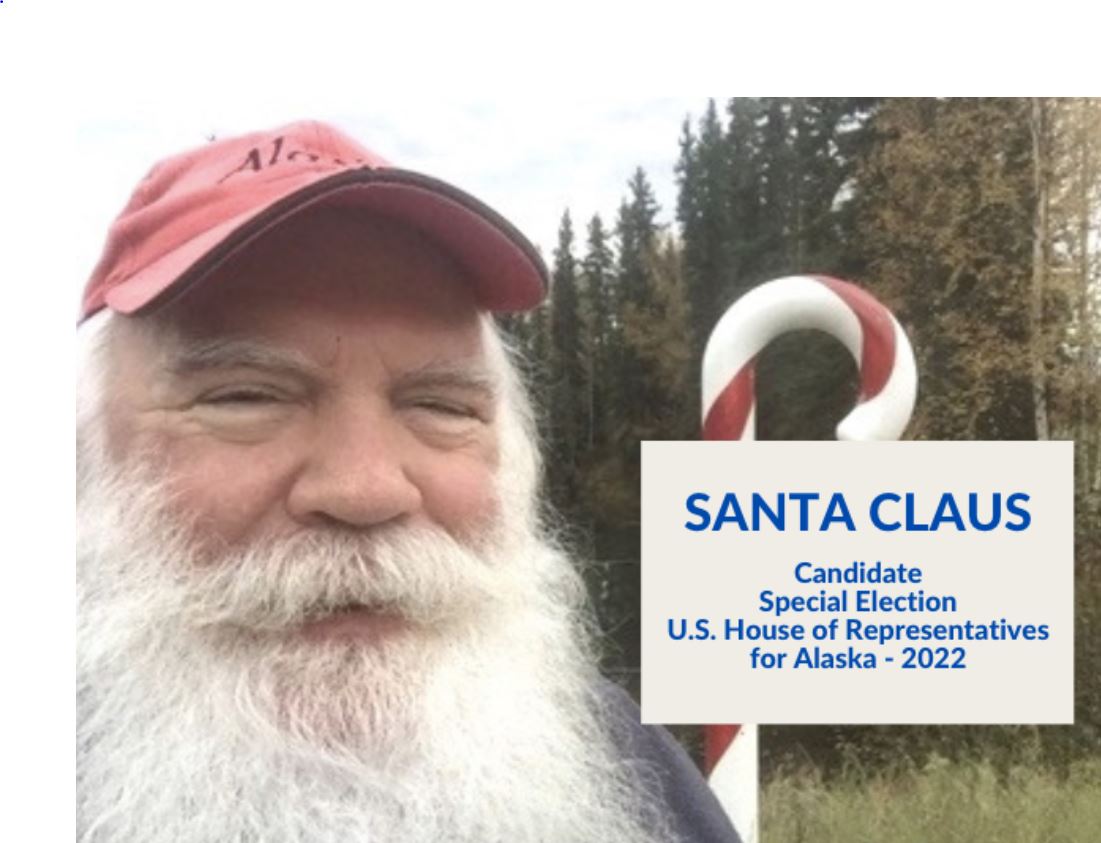 On the political side, Santa says the election is quite rushed so there won't be many debates.

"It's such a rushed race for this special election; we're trying to finish up a term for a Congressman who'd been in office for 49 years who passed away unexpectedly.

"We'd like to get someone in there as quickly as possible.

"So we're kind of rushing this election, and we have a general election after that".