Sale of e-cigarettes to be banned to under 18s

The sale of e-cigarettes to people under the age of 18 is to be banned under proposed new legisla...

Sale of e-cigarettes to be banned to under 18s

The sale of e-cigarettes to people under the age of 18 is to be banned under proposed new legislation.

Health Minister Simon Harris is to bring forward the legislation, which would also prohibit the sale of tobacco products and nicotine inhaling products to anyone under 18.

The law will also introduce a licensing system for the sale of tobacco products and nicotine-inhaling products, such as e-cigarettes.

The Department of Health says the new system will better reflect "the serious nature of the product to be sold."

Under the current system, a retailer pays a one-off fee - equivalent to the cost of four to five packets of cigarettes - to sell the products.

The new law will see additional enforcement tools, including fixed penalty notices and the power to publish a list of non-compliant retailers. 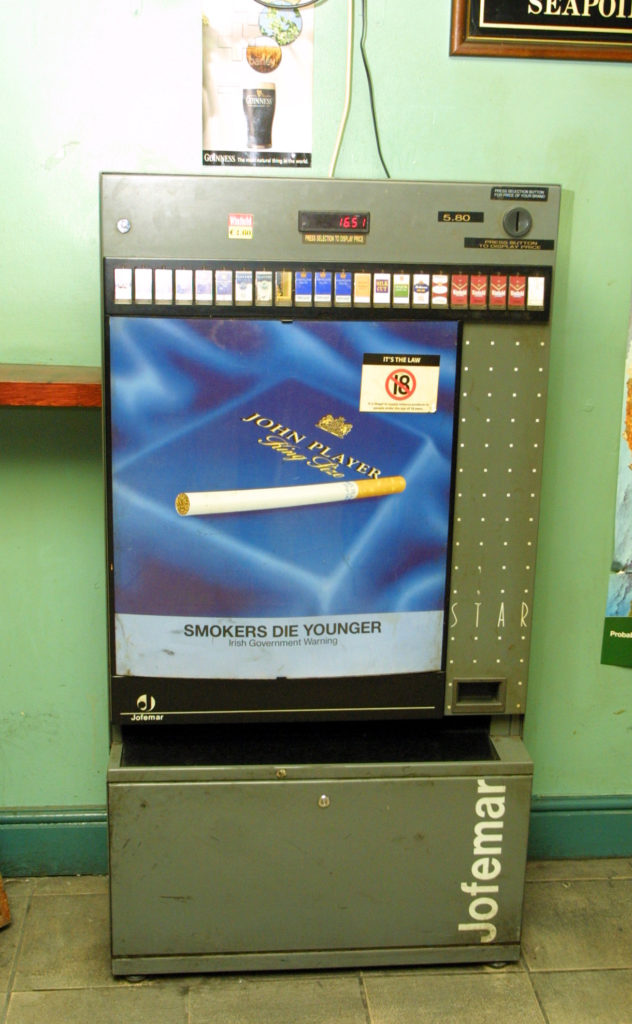 Cigarette machines like this one in Dublin could be banned | Image: RollingNews.ie

It will also ban the sale of tobacco products from self-service vending machines and at locations intended or organised for children.

The legislation will be considered by the Government in September.

Minister Harris says: "The war against tobacco is not over. 6,000 deaths a year are caused by smoking.

"Tobacco use has been estimated to cost Irish society a total of €10.7bn annually in healthcare, productivity and other costs.

"Despite significant progress in this area, tobacco remains one of the greatest challenges in the area of public health.

"I am determined to continue to make the necessary legislative changes to confront this challenge and help reach our goals of being tobacco free".