Taoiseach Micheál Martin has said he will support tougher sanctions against Russia in light of t...

Taoiseach Micheál Martin has said he will support tougher sanctions against Russia in light of the “barbaric crimes” committed by her troops in Ukraine.

The EU has already sanctioned over 1,000 Russian individuals with links to the Kremlin, banned Russian aircraft from European airspace and forbidden the export of dual-use goods, such as vehicle parts, which can have both a civilian and military purpose.

French President Emmanuel Macron has also said he would support Europe following Britain and America’s lead with a ban on Russian oil and coal - although he made no mention of gas which many EU member states rely on to keep the lights on.

Speaking to Newstalk, An Taoiseach said he too believes that Brussels should introduce harsher sanctions:

“We’re now looking - and we will support - further sanctions,” he said.

“Which in themselves have an impact on the economy, given the appalling and barbaric crimes committed.”

Over the weekend Russia was accused of “genocide” and attempting “the elimination of the whole nation and the people” by Ukraine’s President Zelenskyy after a mass grave was discovered in the town of Bucha.

The wealthy city on the outskirts of Kyiv was occupied by Russian forces in the early days of the conflict but was recently liberated by Ukrainian troops.

The local Mayor told the BBC that 280 bodies have been discovered in a mass grave and the corpses of at least 20 men were found in the street - some with their hands tied behind their back. 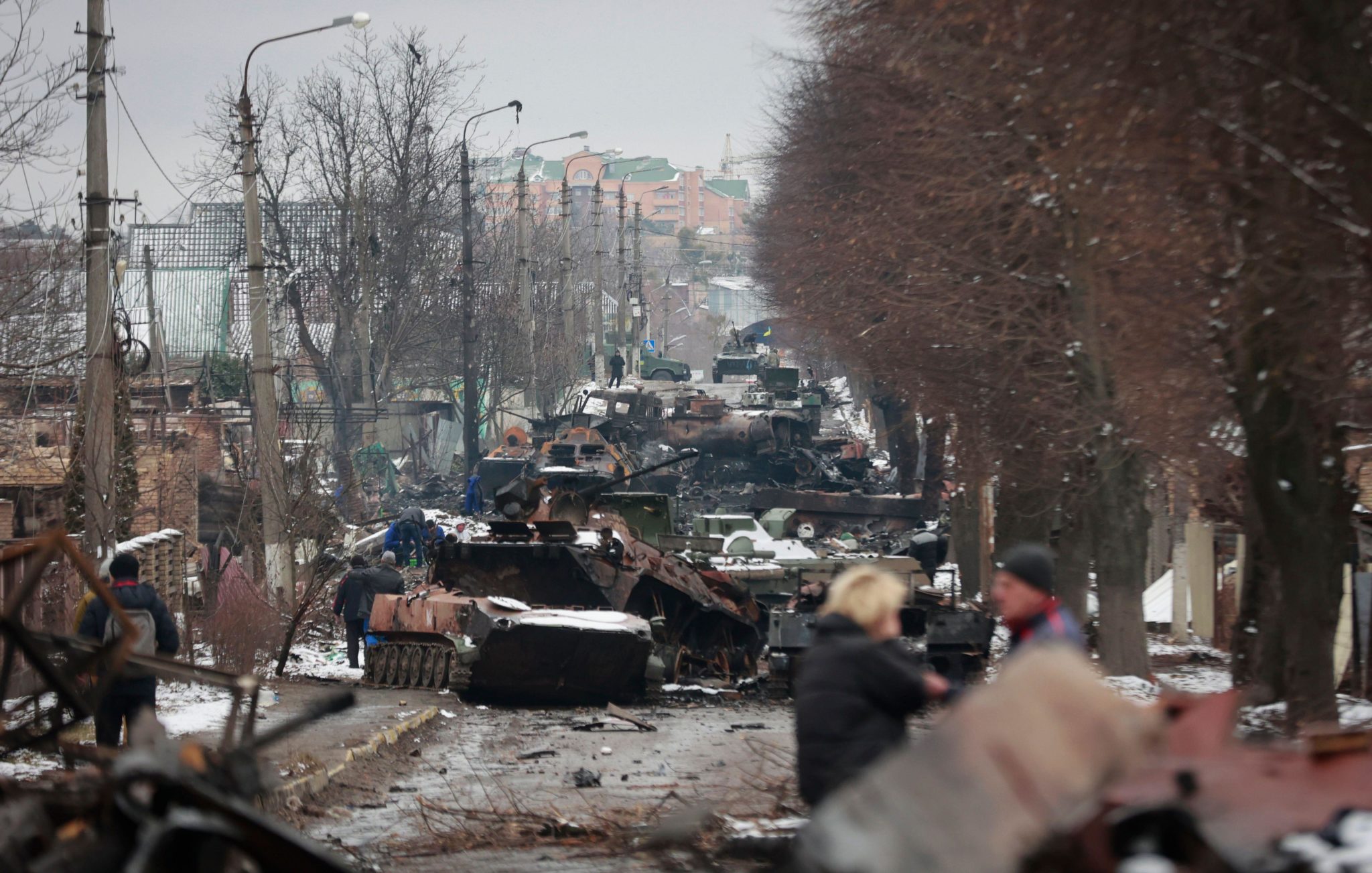 “The harrowing images cannot and will not be left unanswered. The perpetrators of these heinous crimes must not go unpunished.”

The Commission has also set up a Joint Investigation Team to help Ukrainian officials document war crimes and provide them with any assistance requested.