The phrase 'sunny south-east' is justified as Alan O'Reilly explains

New data has revealed where in Ireland gets the most sunshine per month.

Johnstown in Co Wexford is the brightest, with an average 162.8 hours of sun a month.

Casement Aerodrome in Dublin is next with 151.5 hours of sun, followed by Dublin Airport with 147.4 hours and Cork Airport brings up the rear at 144.8 hours of sunshine per month.

On the other end of the scale, Malin Head in Co Donegal is the darkest location in the country - it only receives 117 sunshine hours per month.

Belmullet in Co Mayo came a close second, with just 122.4 hours of sunshine, followed by Gurcheen in Co Sligo which has 131.5 hours of sun a month.

Valentia, Co Kerry and Shannon in Co Clare round out the top five with 133.4 with 141.6 hours of sun respectively.

"As a Carlow man I'm always telling people that because it's the best place in Ireland to go on holidays if you want sunshine because your chances are greatly increased," he said.

"We're closer to the high-pressure that's going to likely be around the south of us. 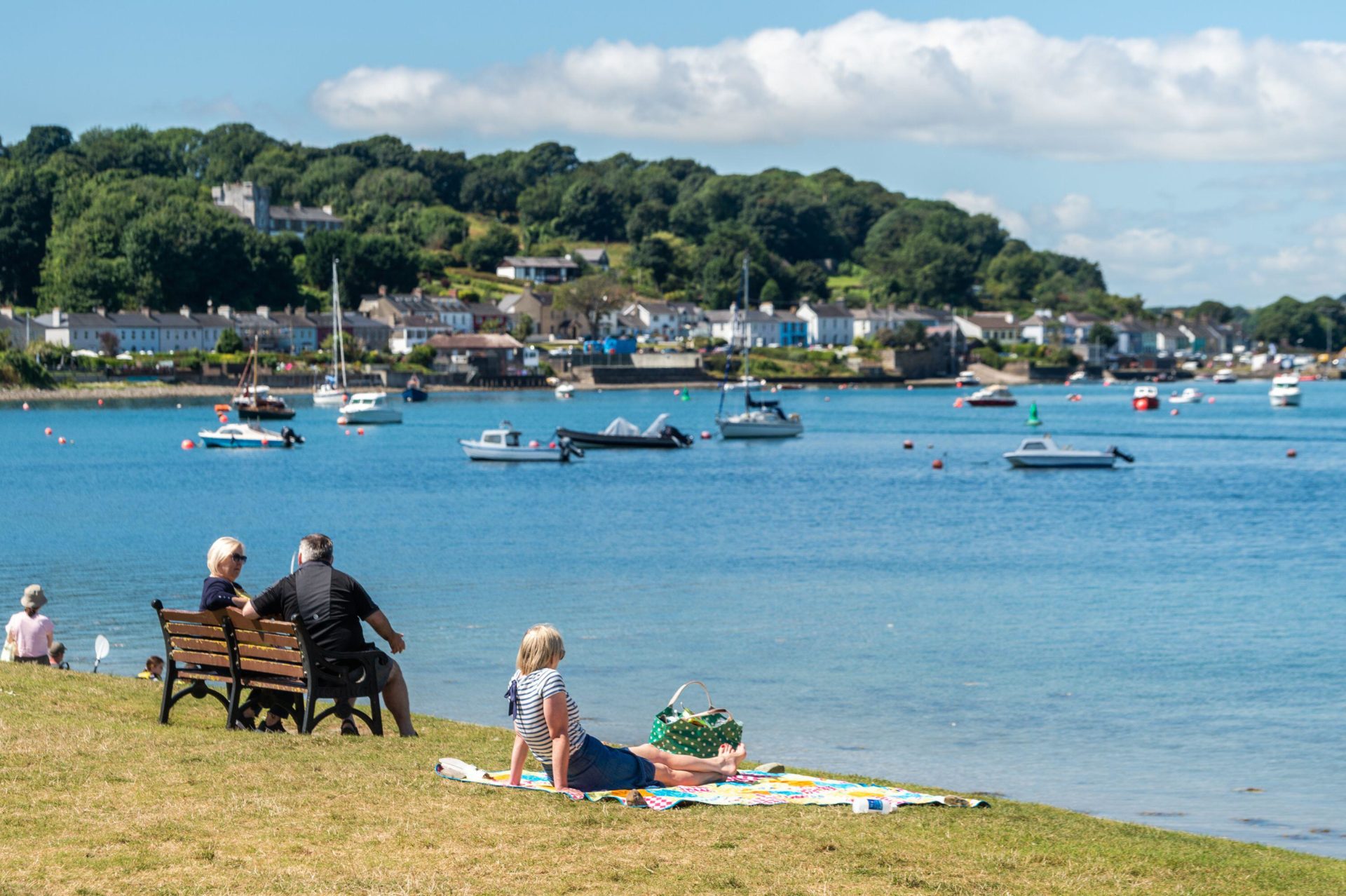 Courtmacsherry in west Cork is seen in sunshine in August 2022. Picture by: AG News/Alamy Live News

"It's also further away from the west, and especially the north-west, where often we see weather systems coming.

"Very often we'll have a forecast of high pressure coming up during the good summer months, and the people in Donegal will be asking me 'Is it going to make it as far as Donegal?' and very often I have to tell them no.

"It's really where our weather comes from is one of the biggest factors in it."

He said there could be some microclimates at play in certain areas.

"If you look at the 30-year averages, that part just north of Dublin gets much, much less rainfall than any other part of the country," he said.

"There's definitely a microclimate there; also some areas like Valentia is another good one.

"In the south-west it's very wet but it's much milder, so there definitely are areas of that."

Alan believes the location of many weather stations may also skew the information.

"We kind of tend to put the weather stations, like Malin Head and Valentia, right on the very edge of the island," he explained.