The 40th Dublin Marathon has been won by EI Goumri of Morocco. He took the title in a new course ...

The 40th Dublin Marathon has been won by EI Goumri of Morocco.

Ireland's Stephen Scullion took second place, with a time of 2:12:01. 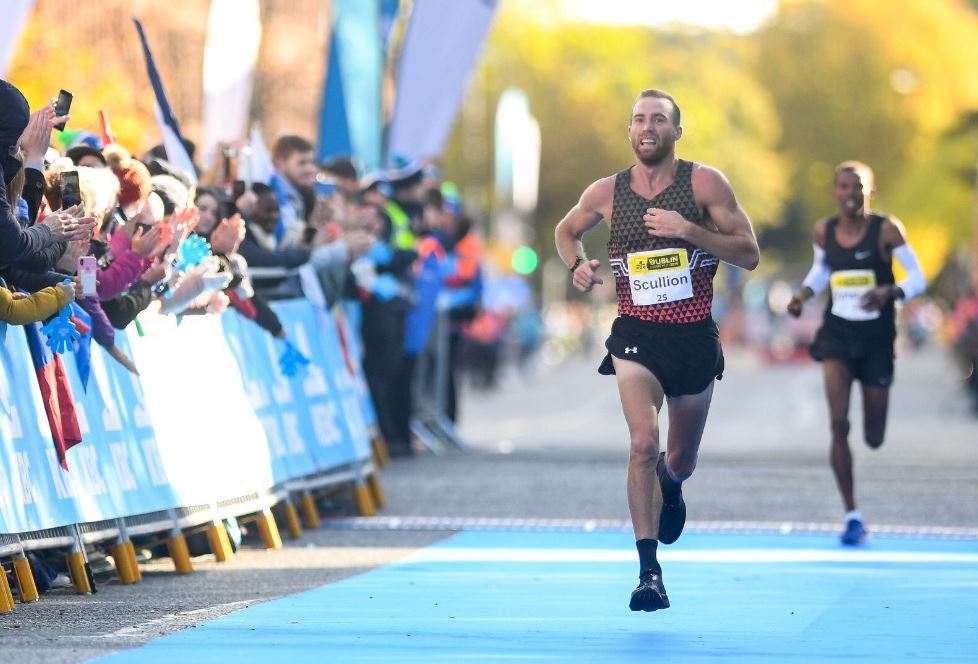 A record 22,500 runners took part in the cross-city event.

Irish athletes also battled it out for national titles.

Meanwhile, 13 runners who have taken part in all 39 Dublin Marathons since the race began in 1979 completed their 40th this year.

This group included Mary Nolan Hickey from Wicklow - the only woman to have finished all of the marathons.

The route ran from Fitzwilliam Street Upper, through the city to the Phoenix Park, back down towards Inchicore and UCD - finishing back at Merrion Square up to 5.00pm.

There were also rolling road closures around the city as a result, as well as some public transport diversions.

Transport for Ireland (TFI) said its real-time information would not be in operation during the race.

More information on this can be found here

Aidan Power is director of customer, brand and marketing at KBC.

He said: "This year, the KBC Dublin Marathon is celebrating 40 years and we are honoured to be part of history in the making.

"Yes, a marathon is about running 26.2 miles, however, the Dublin Marathon represents so much more than that.

"It is about community spirit, bringing together runners, supporters, family members, volunteers and of course, fans, every October.

"As sponsor, we are immensely proud to be associated with such a special event and we would like to wish all of those running, the very best of luck."

Peadar Nugent (77) ready for his 41st Dublin Marathon... but his route will be in Galway