Rents have increased at record levels outside Dublin over the last year amid 'chronic and worseni...

Rents have increased at record levels outside Dublin over the last year amid 'chronic and worsening' supply shortages, a new report has found.

The latest report from Daft.ie shows that on average rents in Dublin increased by around 0.5% in the past year.

However, nationally the increase was 5.6%.

The increase in some areas was in double-digits - including 14% in Munster (outside the three main cities) and 15% in Connacht-Ulster.

A lack of supply is being blamed for driving up the cost of renting. 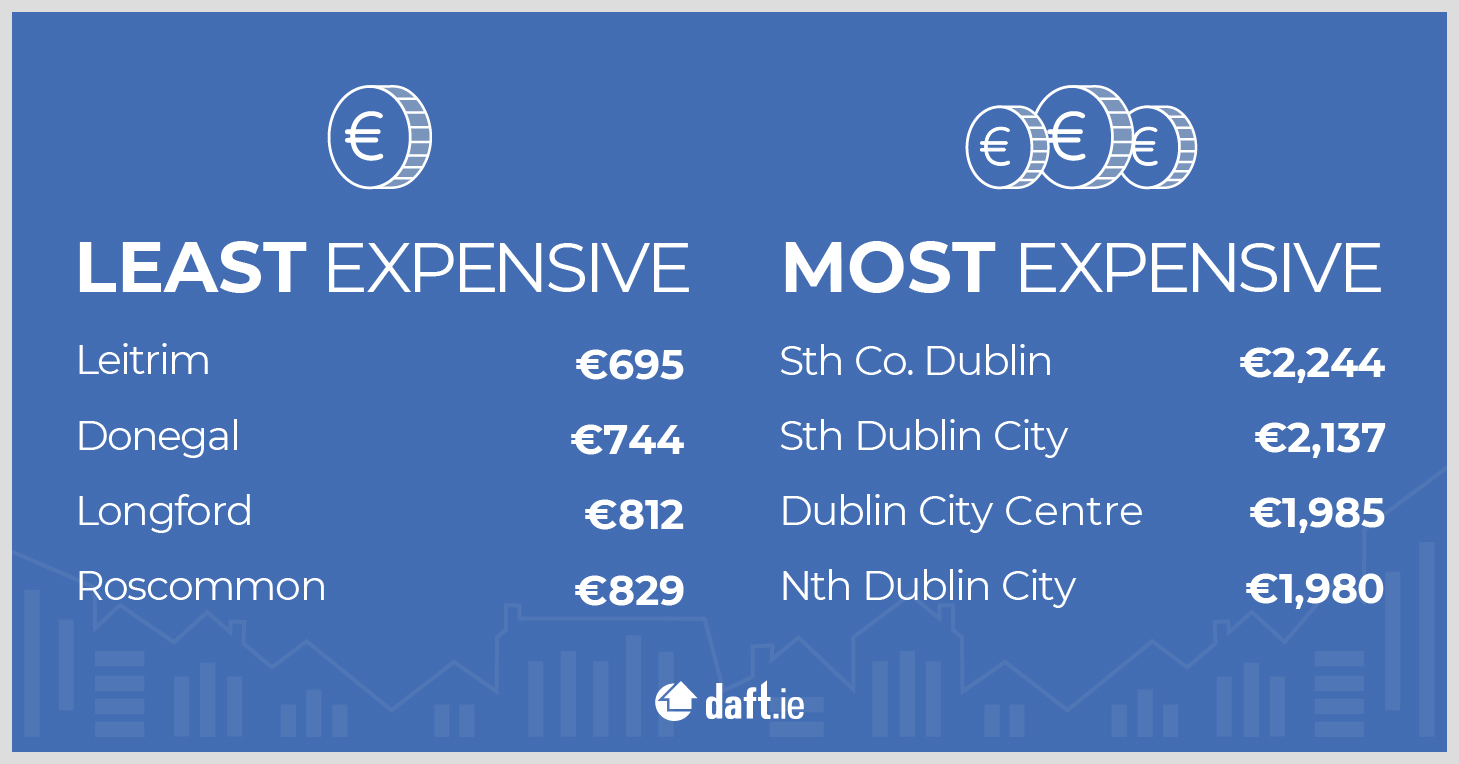 Graphic showing the most and least expensive places to rent in Ireland. Image: Daft.ie

The report shows there were just 2,455 homes available to rent on August 1st - a number described as the "lowest on record" and "an extraordinarily low figure for a country of Ireland's size".

Ronan Lyons, an economist at Trinity College Dublin and author of the report, told Newstalk Breakfast the national average figure hides the significant differences in rent increases across the country.

He explained: “In Dublin, rents are just about higher - about 0.5% higher than a year ago. In the second half of 2020, rents were falling, and they’ve been rising the last six months or so.

“In the rest of the country, however, we’re seeing effectively record increases in rents. To take one county, in Kerry rents are 16.5% higher than they were a year ago - there’s nothing like that in the 15 years of the Daft report.

"It’s a story that’s repeated across rural Ireland… and it’s really a story of a lack of supply.”

Mr Lyons said the lack of supply is a familiar problem for cities, but the issue has now been "exported" to the rest of the country during the pandemic.

He also noted that "next to no" new rental accommodation has been built in Ireland over the last 15 years, despite a substantial increase in the number of people renting.

“We need owner-occupied housing, social housing, and professional rental accommodation - and we need lots of all of these kinds of homes built, and not just for one year.”