The number of people living in emergency accommodation has broken records for the second month in the row.

The number of people living in emergency accommodation has broken records for the second month in the row.

The Department of Housing has revealed that 10,805 people were living in emergency accommodation in August - 237 more than the previous record in July.

The figures do not include the so-called ‘hidden homeless’ - rough sleepers, people living with friends and family, women in domestic violence shelters and Ukrainian refugees.

Rents in Ireland have surged by 12% in the space of a year and Wayne Stanley of the Simon Communities expects the number will keep spiralling:

“I don’t see a way of preventing that… We need that kind of COVID style response, what we saw during COVID was there was a moratorium on evictions which stopped people coming into homelessness.” 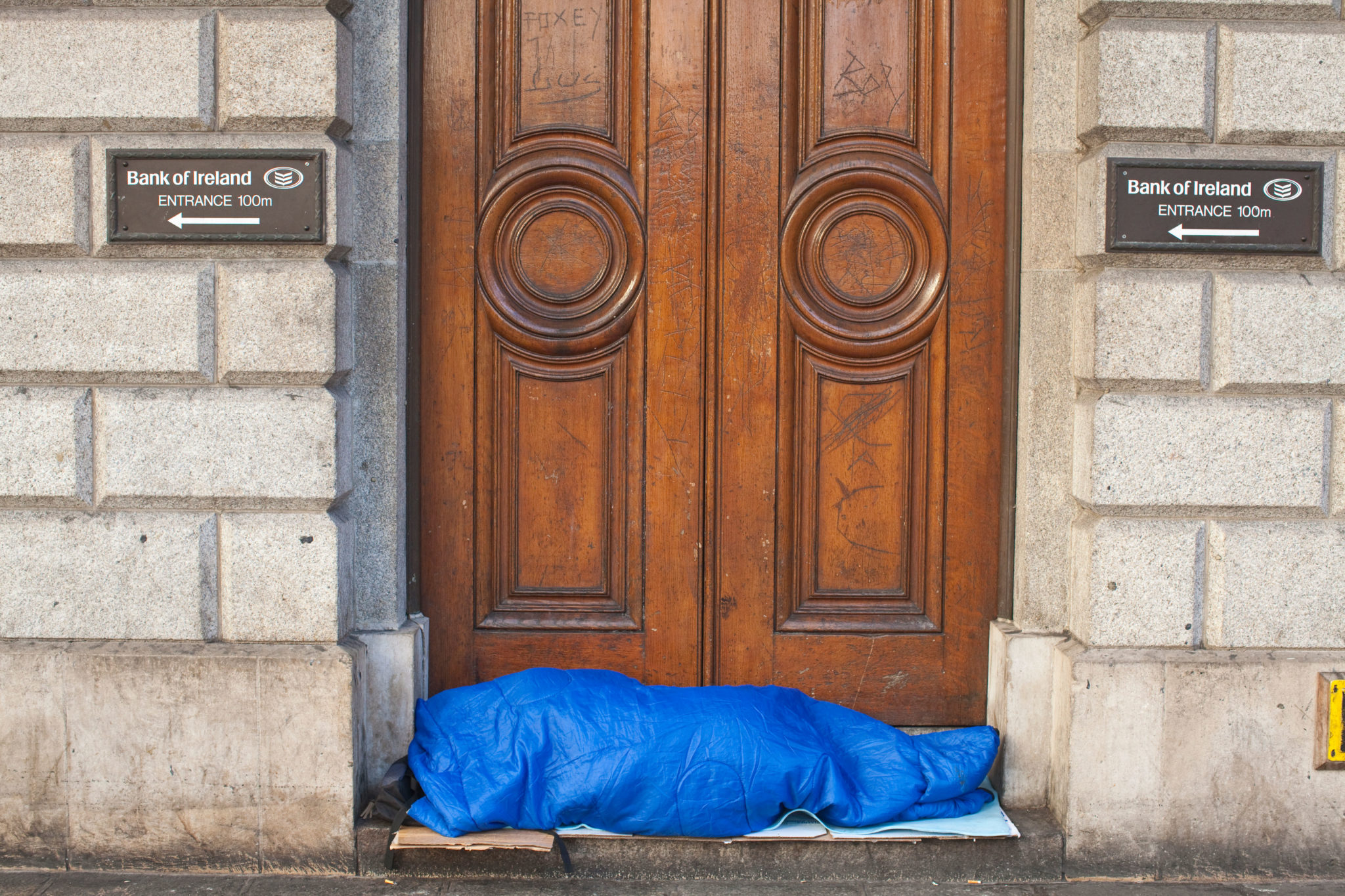 D33XR7 Homeless woman sleeping on the doorstep of the Bank of Ireland, Westmoreland Street, Dublin, Ireland.

“During the pandemic when that ban was in place, the number of homeless people dropped by almost 2,000,” he told Newstalk Breakfast.

“Because the majority of people becoming homeless today are being evicted from the private rented sector.

“So I would be in favour - at a minimum - of an eviction ban during the winter months from October to March - as happens in many European countries.

“Or even better, an eviction ban for two or three years, so we can get a grip on this homeless problem.”

In a statement to Newstalk the Department of Housing said:

The increase in homelessness is a serious concern for Government and we know there is significant pressure on our NGOs and Local Authorities in grappling with this issue.

"To actively address this, Budget 2023 provided funding of over €215m, an increase of 10% on last year, for the delivery of homeless services. This will ensure that local authorities can not only provide emergency accommodation but importantly homeless prevention measures and support households to successfully exit homelessness into secure tenancies.

"Increasing social housing and residential housing supply is the key to eradicating homelessness. Budget 2023 provides a record €4.5 billion in capital expenditure aimed at increasing supply. Indicators are positive and show the Housing for All plan is taking root and supply is increasing."