Rents around the country have increased 12% year-on-year, according to the latest rent report fro...

Rents around the country have increased 12% year-on-year, according to the latest rent report from Daft.

The 11.7% increase on this time last year is the biggest increase Daft has recorded since 2017.

It comes as the availability of homes on the market continues to collapse, with just 851 listed for rent on May 1st.

That is down from over 3,600 a year ago and is another all-time low for a research series that runs back to 2006. 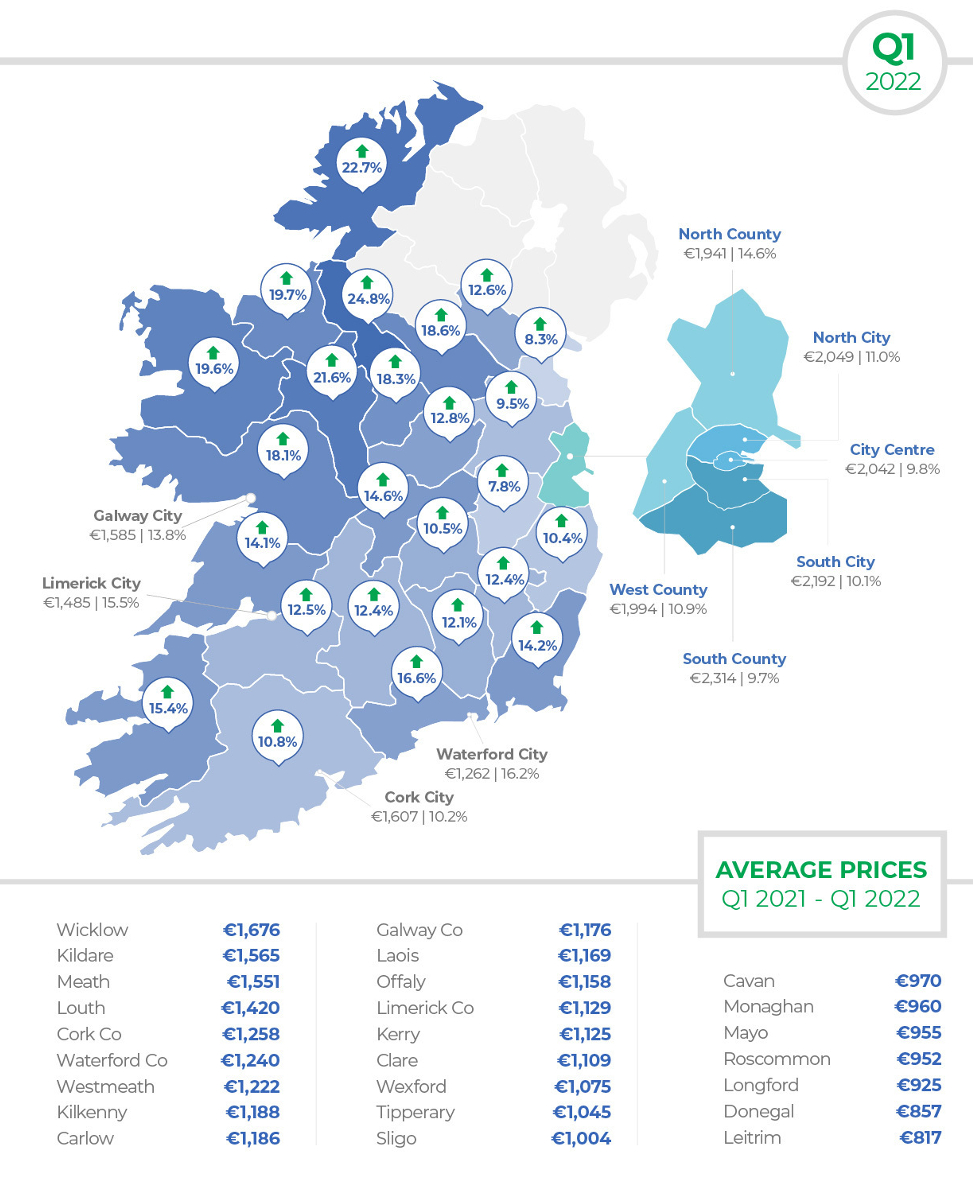 Meanwhile, In Dublin there were just 462 homes available, by far the lowest on record.

Report author Ronan Lyons told Newstalk prices are growing at the fastest rate outside the capital.

“In Leitrim, rents are up 25% year on year so we are still seeing percentage terms the cities have smaller inflation rates than the rural areas,” he said.

“The exception not that is Limerick and Waterford cities where we are seeing particularly high rates of inflation – more than likely related to the fact they are the cheaper cities of the five cities to find rental accommodation.”

He said Government must focus on delivering “tens of thousands of new rental homes, market and social, all across the country” in the coming years.

The report also notes that tenants that have remained in place have experienced much smaller increases than new tenants paying market rates over the last ten years.

While market rents have doubled in the past decade, sitting tenants have experienced increases of less than 40%.

This latest report also includes an analysis of 72 multi-unit rental developments, which are estimated to have added at least 400 new rental homes to the market in the last six months – finding that 82% are already occupied.

It also estimates that 95% of the country’s multi-unit rental developments are now occupied, up from 93% six months ago.