Putin warns of Russian retaliation if US places missiles in Europe

Russian President Vladimir Putin has warned Moscow will match any US move to deploy nuclear missi...

Putin warns of Russian retaliation if US places missiles in Europe

He issued a clear message to American politicians in his annual state of the nation address.

"Let them calculate the range and speed of our weapons systems," he said.

"Only then should they make decisions that pose a serious threat to our country."

It is one step further than he has gone before.

If the US was to place intermediate-range missiles in Europe pointing in Russia's direction, Russia has made clear it would respond.

Mr Putin added that it would not just be the host countries for those missile defence systems which Russia would draw into range, but those countries where the decision-makers are based.

Russia has long professed regret over the steady dismantling of the Cold War-era security architecture, first the US decision to withdraw from the Anti-Ballistic Missile Treaty in 2002 and now from the Intermediate-range Nuclear Forces (INF) Treaty. 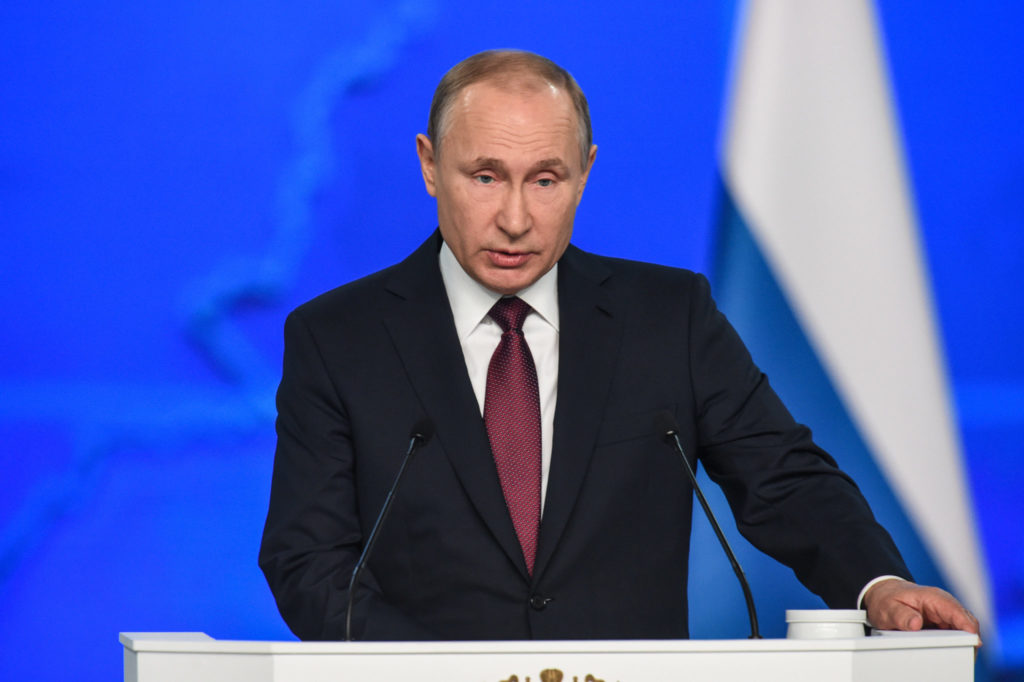 Mr Putin also touched on economic crimes and the propensity for businessmen in Russia to sit behind bars on potentially trumped up charges.

Honest businesses should not have to fear criminal prosecution, he said.

One of Russia's most prominent foreign investors, Michael Calvey of private equity fund Baring Vostok, is doing just that.

He and five others were arrested last week on embezzlement charges. Their request for bail and house arrest was promptly rejected.

The case has shocked the investment community. Former finance minister Alexei Kudrin called it an "emergency" for the Russian economy.

The Kremlin has tried to distance the president from the affair, saying the matter must follow due process in the courts.

This is as close as Russia's president has come to commenting. It followed a long directive to the government to promote entrepreneurialism, invest in start-ups and shape a new digital economy.