The sculptor of an artwork, set to be erected in Co Clare, said it has already achieved its goal ...

The sculptor of an artwork, set to be erected in Co Clare, said it has already achieved its goal of publicity for the town of Ennistymon.

Clare County Council has paused plans to erect the statue of a Púca in the town after local criticism.

The council proposed placing the 6ft-tall interpretive art piece on a plinth as part of tourism and visitor measures to encourage more people to stay there.

However following local objections that it was 'grotesque and scary', as well as a criticism by the parish priest, the work has been put on hold.

The artwork, which had an indicative projected cost of €30,000, was chosen from several concepts submitted.

Artist Aidan Harte is the creator of the artwork and told Newstalk Breakfast he feels those objecting are in the minority.

"Shocked I am - the intention for the sculpture was to get something that would bring attention to Ennistymon, so in a way it's already achieved that.

"Ennistymon used to have a horse fair, it's an old market town, so basically it was the connection between that.

"A Púca is a shapeshifting fairy and he appears in many forms, but he's most often appearing in the form of a horse.

"It's public art, so it does involve the public - there's a diversity of opinion.

"It's odd, because since the story became national - that the sculpture was being paused while they dealt with the complaints - there's been an outpouring of support for the Púca.

"Particularly people from Clare, young people, they have no problem with it, they're happy to have it.

"And also people from Ennistymon - most importantly - and although people have protested against it, it is I think a vocal minority". 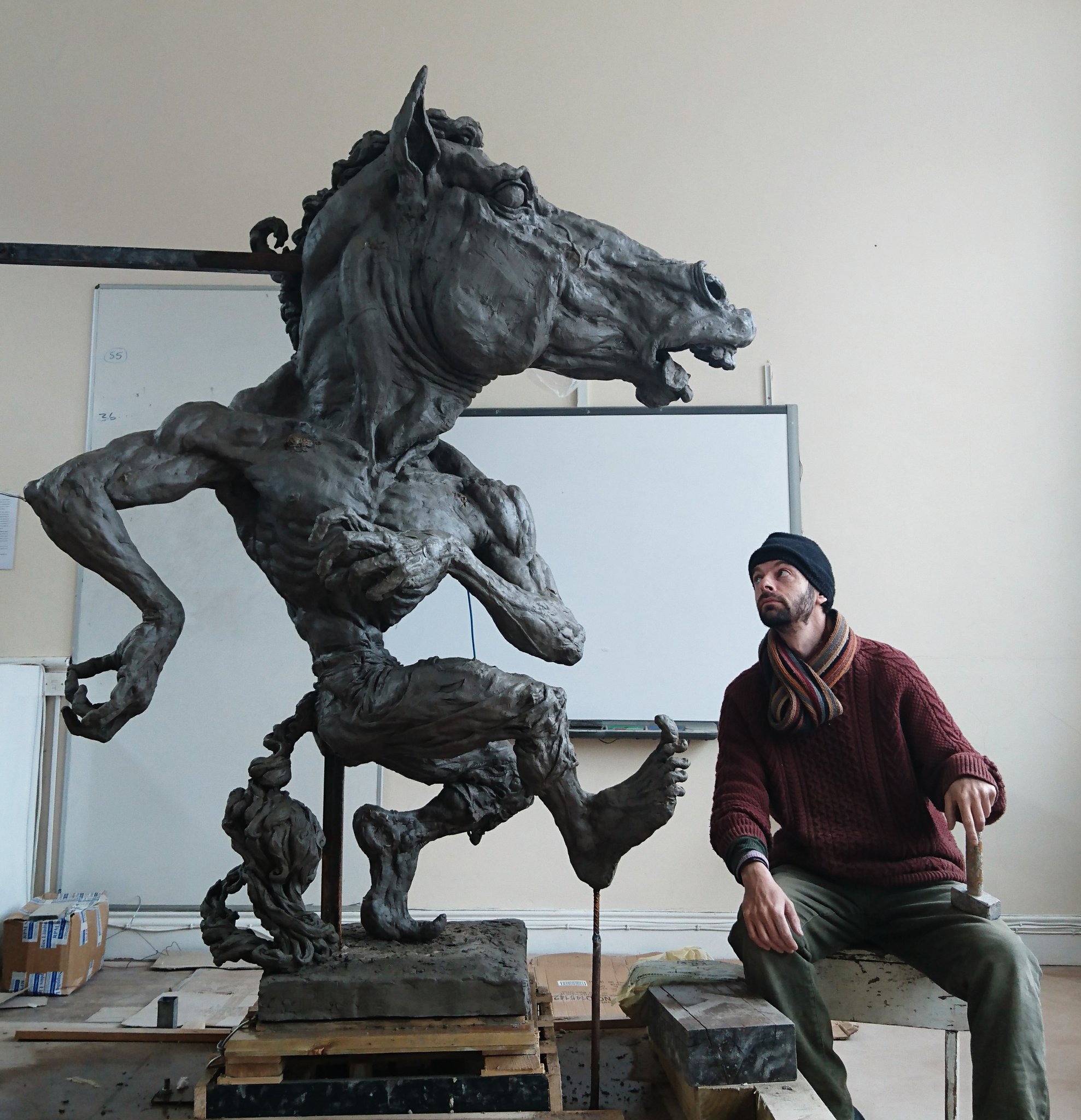 Artist Aidan Harte and the Púca statue. Picture via @HarteAidan on Twitter

He added that the brief for the artwork was open-ended, asking artists to suggest what they wanted.

Asked where he believes his statue will end up, he said: "I think it's going to end up in Ennistymon.

"The conversation has changed radically I'd say, as of yesterday, there's sort of a tug-of-war between the council and some people in the town.

"I think Púca's getting caught in the crossfire, but people are seeing that he's drawing attention to the town.