Protester dressed up as celery thrown out of Kerry polling station

A woman dressed up as celery has been thrown out of a polling station in County Kerry.

The woman attempted to accompany TD Danny Healy Rae as he was casting his vote in Kilgarvan.

The animal rights organisation said the protest aimed to force politicians to take note of the environmental crisis and take against animal agriculture's "massive contribution" to climate change. 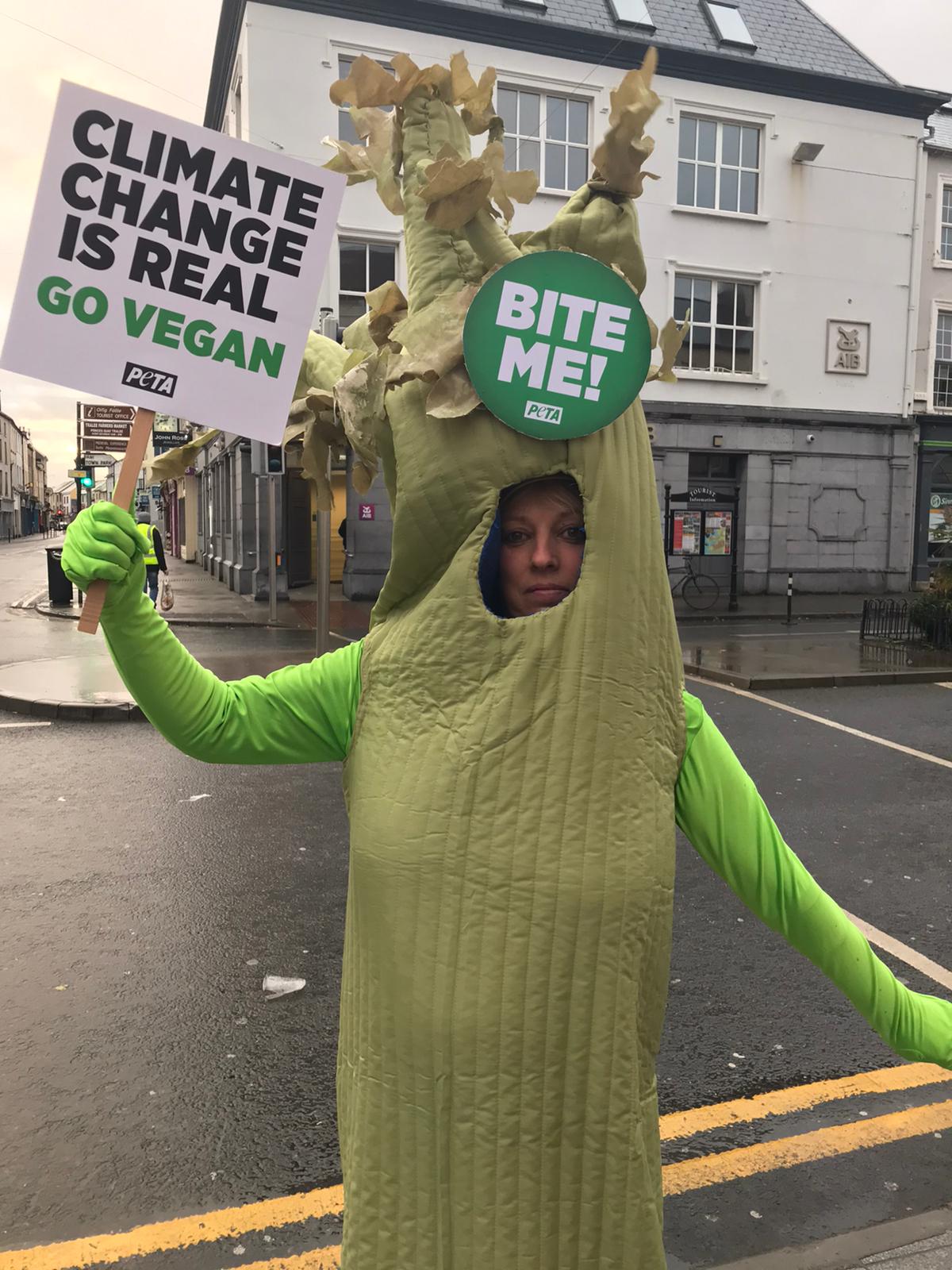 A woman dressed up as celery outside a polling station in County Kerry.

“As we face historic droughts, floods, and wildfires around the world PETA is calling on politicians and the public to stop ignoring animal agriculture's connection to catastrophic climate change – and go vegan before it's too late.”

Pointing to a major study warning that massive reductions in meat consumption will be required if we are to mitigate some of the effects of climate change, the charity said a global shift to veganism is needed.

The paper itself called for a shift towards a “flexitarian” diet – aimed at consuming 75% less beef, 90% less pork and half the number of eggs.

At the time it was released Mr Healy Rae, claimed vegetarians never worked a hard day in their lives.

PETA is also calling for a shift to veganism to bring an end to the suffering of animals in the meat, egg, and dairy industries.