Health officials have warned that we “simply cannot protect” older people if coronavirus rates continue to rise around the country.

There were 611 confirmed case of coronavirus announced this evening alongside five further deaths.

Speaking at a COVID-19 press briefing in the Department of Health this evening, The Chair of the NPHET Epidemiological Modelling Advisory Group Professor Philip Nolan said the country has now entered a “phase of exponential growth.”

He warned that the exponential increase is no longer limited to confirmed cases – and warned that without a “a radical change in transmission of the virus,” officials predict a significant rise in hospital admissions, intensive care admissions and deaths in the coming weeks.

He said the number of cases among older people has tripled in the past month.

“The proportion of cases among younger people continues to grow,” he said.

“But again, I would highlight the increase in incidence amongst older people. If we go back to the beginning of September, we were looking at 10 – 15 cases per 100,000 in the age bands above 65. Now we are looking at 30 cases – so three times as many cases in the older cohort.” 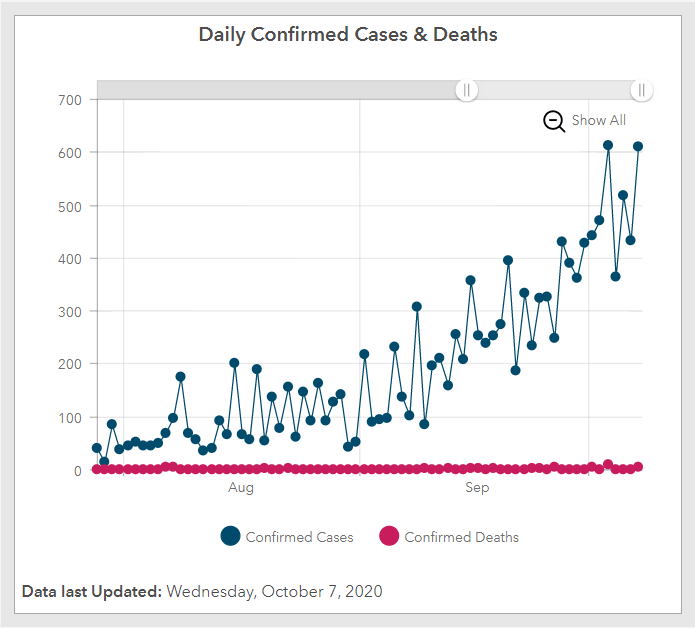 He said the country must reduce transmission to protect the most vulnerable people in society.

“We simply cannot protect people of that age bracket, nor can they protect themselves, if the level of disease in the wider community continues to rise,” he said. 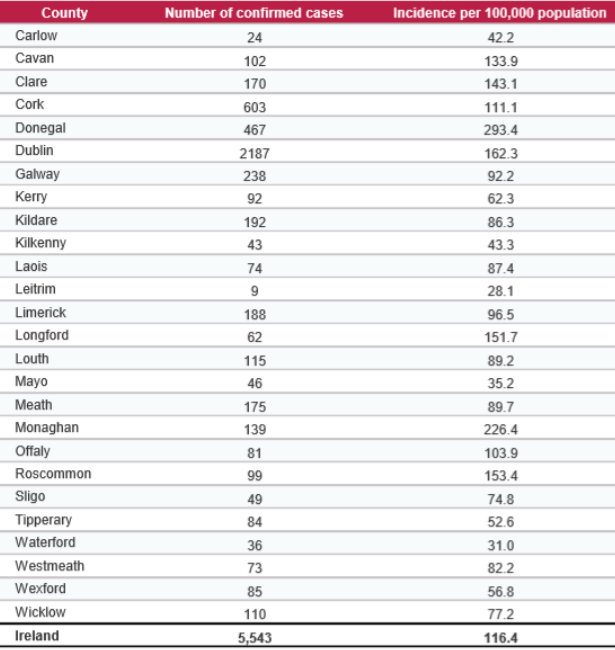 Professor Nolan said that the cases outside of Dublin now appear to be rising at a much faster rate than inside the capital; however, he warned that it is too early to say whether cases in Dublin are stabilising or simply experiencing a lull.

He said the official reproductive number of the disease is currently 1.2 and warned that cases will “grow inexorably” if we don’t bring it down below 1.

“Frankly, the situation is somewhat worse than that,” he said.

“That estimate is biased downwards by the fact that, in recent days, case numbers in Dublin are not growing as fast as they have been.

“So, the disease is spreading very rapidly, particularly outside Dublin.”

There is no county where the incidence of covid-19 is not a concern, Professor Philip Nolan tells Dept. of Health media briefing.

Professor Nolan said around 0.5% of the test carried out during the late summer were coming back positive for COVID-19 and warned that that figure has been rising “really quite quickly in the course of the last two weeks.”

“We have now entered a phase of exponential growth,” he said.

“We are urging people to radically restrict their social contacts in order to interrupt transmission of the virus.

“If that doesn’t happen, we will see cases growing exponentially. That would get us to 1,300 cases by the end of the first week of November.” 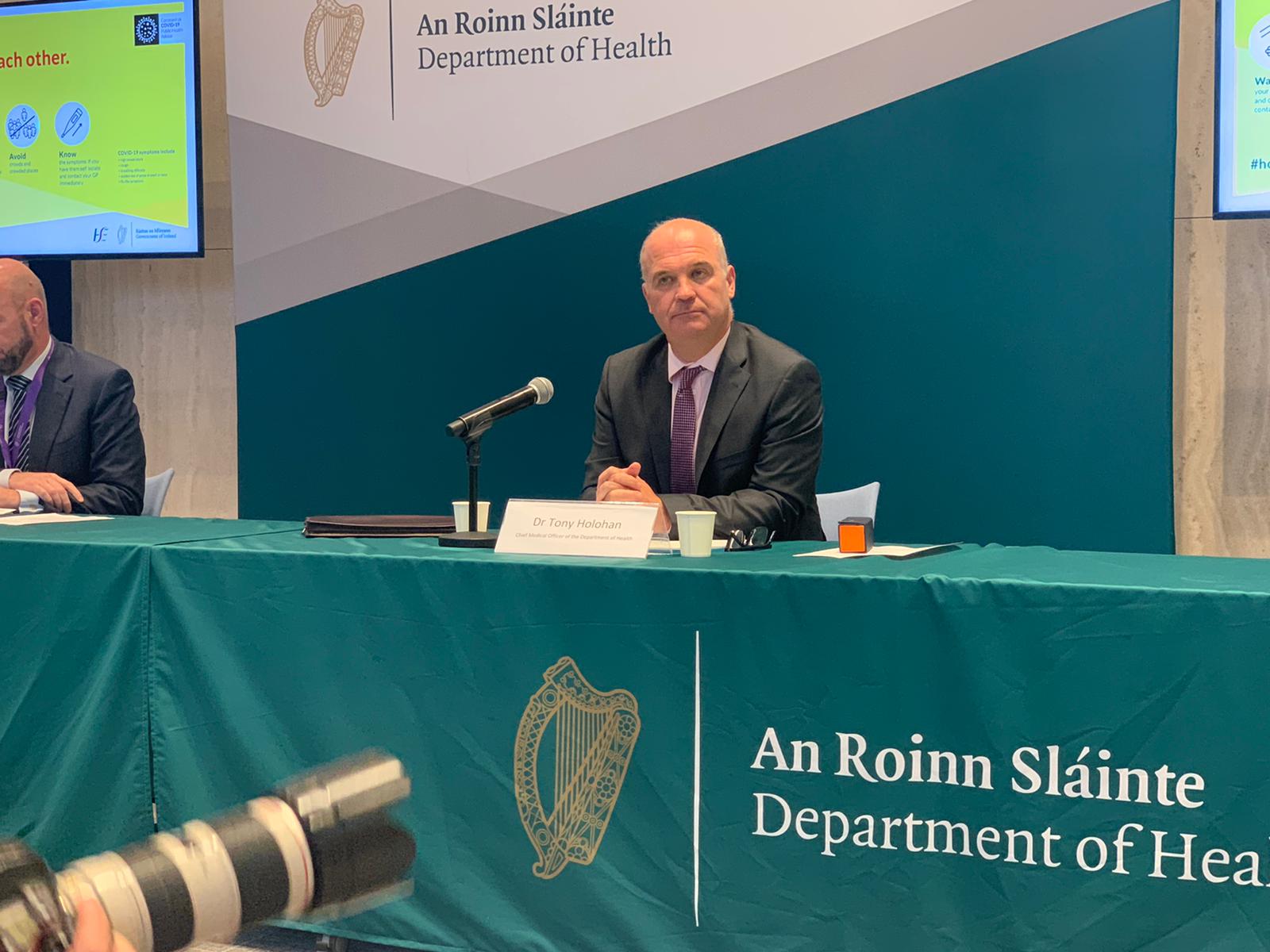 Meanwhile, the chief Medical Officer Dr Tony Holohan said he was now “really genuinely worried and concerned about the stage of the disease.”

He said we all must individually and collectively “take responsibility for ourselves and start to take actions” to reduce transmission.