The political writer and barrister Noel Whelan has died. He was a leading figure in the campaign ...

The political writer and barrister Noel Whelan has died.

He was a leading figure in the campaign to introduce same-sex marriage here.

The 50-year-old passed away on Wednesday after a short illness.

An Irish Times columnist, author and a former advisor for Fianna Fáil, Mr Whelan ran for the party as a general election candidate for the Dublin South East constituency in 1997.

He is survived by his wife Sinéad and son Séamus.

Paying tribute, President Michael D Higgins said: "Propelled by his social justice values, Noel was not only a commentator but a driving force in some of the most important political campaigns of recent times.

"Ever mindful, and proud, of his roots in Wexford, Noel Whelan founded the successful Kennedy Summer School, which continues to make a lasting contribution to our collective understanding of Irish-American history and relations.

"I was delighted to accept his invitation to speak at it last autumn and experienced the warmth and generosity he showed to both speakers and audience, and the ease with which he merged matters of Irish, American and Wexford history. 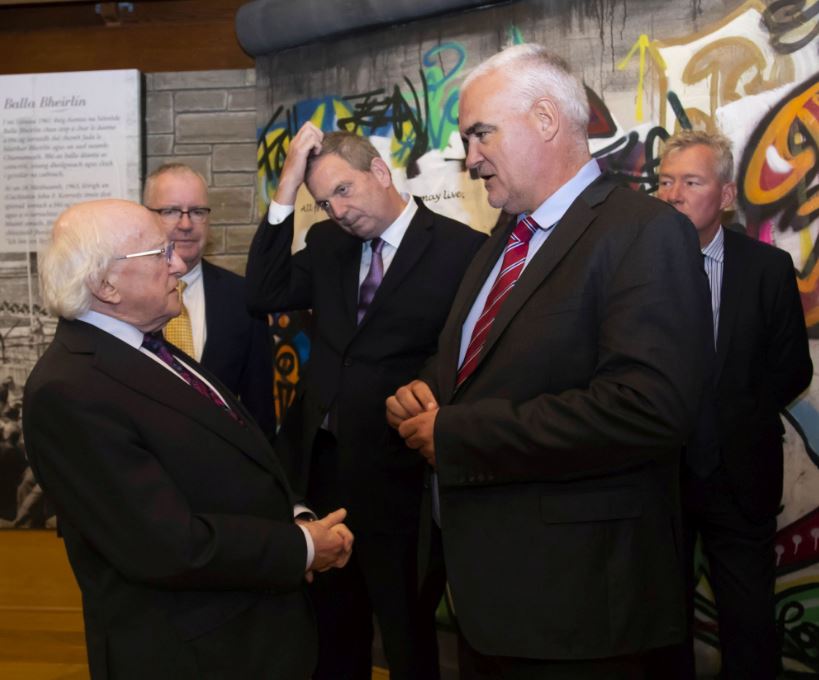 "He did so by having the significant anniversaries of each of these histories celebrated in a most thoughtful way.

"As President of Ireland, may I express my deepest condolences to his with Sinéad, his son Séamus, his wider family and friends, and all those who will miss him and his contributions to public life dearly."

The Taoiseach Leo Varadkar said: "We come from different party backgrounds but I feel this morning like Ireland has lost a friend.

"Such a sharp intellect. So articulate and effective on marriage equality."

So sad to hear that Noel Whelan has passed away. We come from different party backgrounds but I feel this morning like Ireland has lost a friend. Such a sharp intellect. So articulate and effective on marriage equality.

Fianna Fáil leader Micheál Martin said: "I was very saddened to hear about the death of Noel Whelan who I have known for many years.

"Noel was a man with a sharp intellect who was born into a Fianna Fáil family."

"Noel was steeped in local, national and international politics from a very young age.

"After college he worked in our party's HQ in the early 90s. From there he learned to be a great political pundit who wrote many books on election results and an extensive book on our Party through the decades. 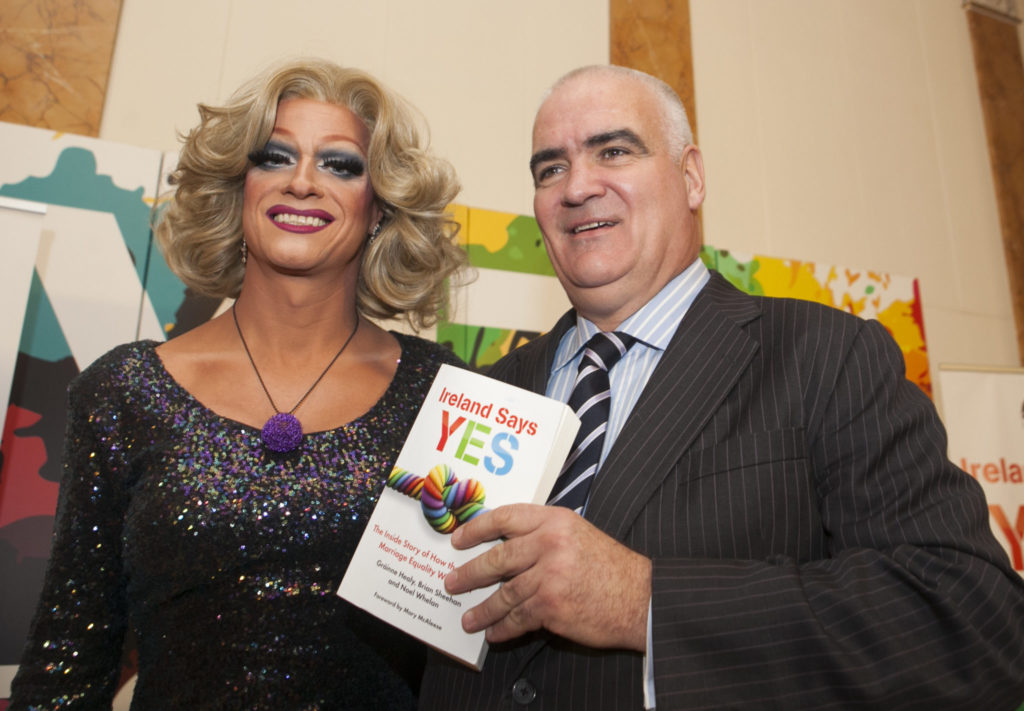 Noel Whelan and Panti Bliss-Cabrera at the Rotunda Hospital in Dublin as they launched the gay marriage referendum book 'Ireland Says Yes' in 2015 | Image: Leah Farrell/RollingNews.ie

"He understood and knew every constituency and local electoral area across the country and could, of the top of his head, remember quotas from an election held back in the 80s."

Mr Whelan ran for Fianna Fáil in both a Dáil and Seanad election.

Mr Martin added: "As well as working as a barrister he managed to lead and be very active in the Seanad, Marriage Equality and Eighth Amendment referendums.

"He is a huge loss to everyone in politics but in particular to Sinead and Seamus. Our thoughts are with them at this very sad time".

"He brought intelligence, fairness & clear thinking to any debate."

Noel Whelan changed Ireland for the better. He brought intelligence, fairness & clear thinking to any debate. He championed social change & played key role in preparing Ireland to repeal the 8th & introduce marriage equality. His columns were unmissable. Thoughts with his family

Social Protection Minister Regina Doherty said: "Aside from his obvious talents, Noel was a thorough gent".

Aside from his obvious talents, Noel was a thorough Gent - such sad sad news RIP - Writer and barrister Noel Whelan dies aged 50 after short illness https://t.co/ZH6ygt3okI

And Sinn Féin leader Mary Lou McDonald said she was "so sorry" to learn of his death.

So sorry to learn of the death of Noel Whelan. Our thoughts and prayers are with his family and friends Ar dheis Dé go raibh a hanam

The social media site said he was a "very dear friend to Twitter Dublin".

It is with great sadness that we pay our respects to Noel Whelan, husband of Twitter’s Managing Director Sinéad McSweeney. A respected barrister, journalist, political commentator and very dear friend to Twitter Dublin. He will be greatly missed.