'Initial engagement' has taken place with a view to staging Katie Taylor's next world title fight in Ireland, according to the Minister of State for Sport.

Jack Chambers was speaking amid calls to stage her re-match with Amanda Serrano at Dublin's Croke Park.

Speaking after the fight, Taylor said she was open to a re-match.

While her promoter Eddie Hearn said he could "see a big re-match later in the year", and suggested Croke Park as a venue. 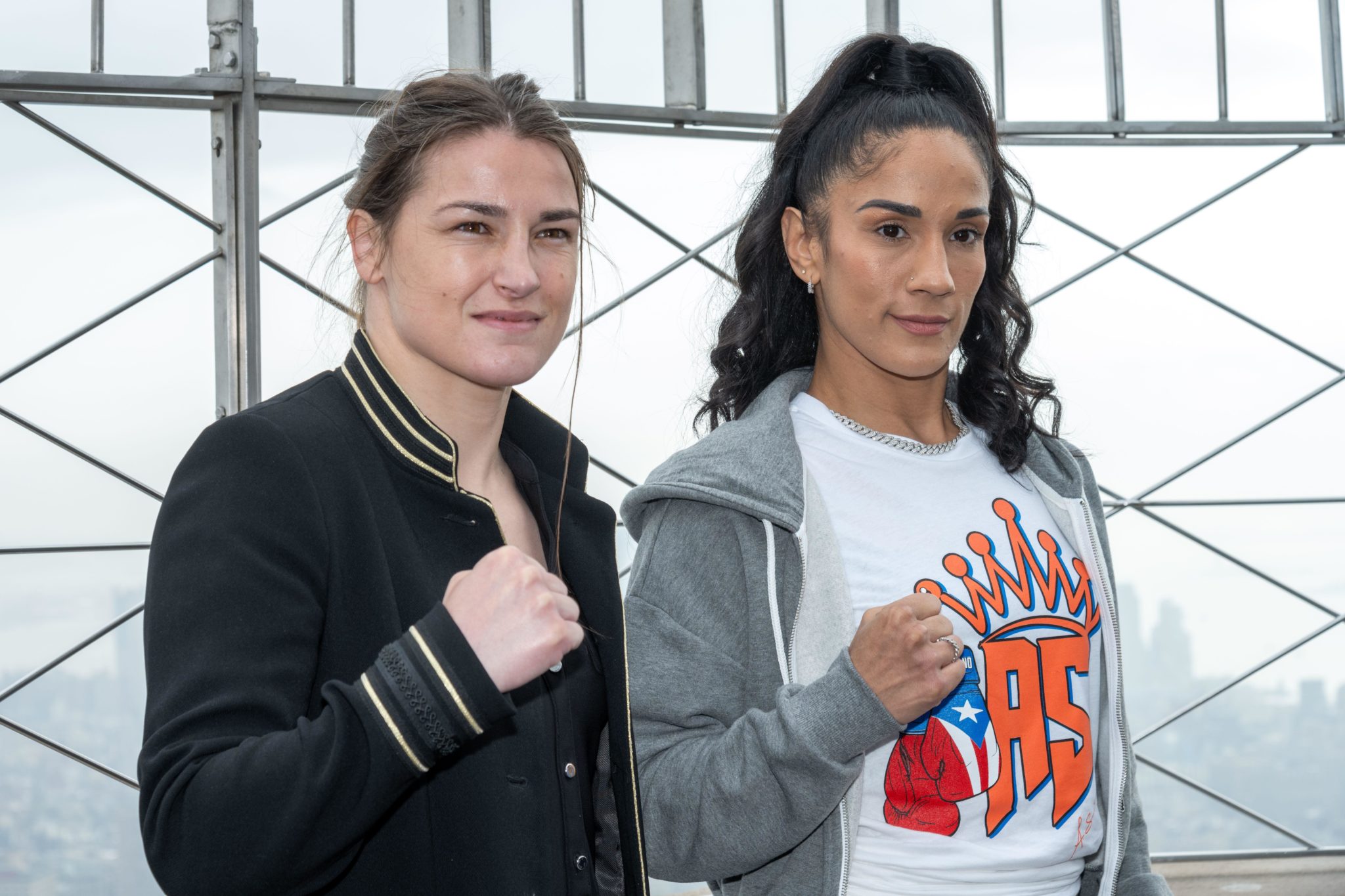 Katie Taylor (left) and Amanda Serrano of Puerto Rico pose during a promotional event at the observatory of the Empire State Building in New York, USA in April 2022. Picture by: Enrique Shore / Alamy Stock Photo

Minister Chambers told The Hard Shoulder this is something he wants to see.

"We've had some initial engagement, and I would fully support and would love to see Katie Taylor fight in Croke Park.

"I think it would be a national event and would bring one of our brilliant ambassadors in sport to Ireland, who's been inspirational for so many years.

"I think it would be an amazing fight to see.

"Obviously there's multiple steps involved here, but... it'd be brilliant to see her here and fight this year".

And Minister Chambers says more needs to be done to support amateur boxing in Ireland.

"There are very serious issues in boxing, and the governance of boxing is in quite a mess to be frank.

"Boxing has brought great success - we have the World Championships at the moment in Istanbul, which are continued success of our amateur boxers.

"And I want to ensure we'll reset the current dysfunction that we're seeing".

He says he welcomes anything which concentrates on the success of the sport.

"We've got 18,000 participants, over 300 clubs in Ireland and fantastic levels of participation.

"But that's being undermined by the structures which don't enable boxing to progress".