The gradual influx of English speakers into an area and a lack of jobs and housing for native speakers means that overtime the linguistic demographics of a parish change and Irish slowly becomes its second language.

Planning laws are “strangling” the Irish language in its traditional heartlands, a West Kerry musician has said.

Breanndán Ó Beaglaíoch grew up in Corca Dhuibhne and only learnt English from watching television as a child.

Over the years he has watched attitudes to the language change in Ireland but he feels that the survival of his native tongue is in mortal peril from rural planning laws.

“For me, the Irish language is the richest thing that has been passed onto us,” he told Moncreiff.

“It’s a living language and the laws are strangling it at source.

The demise of the Irish as the spoken language of the Gaeltacht has been predicted countless times but linguistics say it is indeed a real possibility.

The gradual influx of English speakers into an area and a lack of jobs and housing for native speakers means that overtime the linguistic demographics of a parish change and Irish slowly becomes its second language.

“I have four children, they’re not allowed to build on my land at home… If the seeds don’t fall off the trees and start copulating on the ground the forest is gone and the Gaeltacht is gone,” he continued.

“Gaeltacht people are not being allowed to live in the Gaeltacht.

“There’s a language officer here, she’s from a village where the Irish language is the main language in it but maybe 80% of the houses are holiday homes.

“She’s the language officer for West Kerry and she can’t live in that village. She had to move nine miles away to Dingle because she was told there were too many houses in the village.

“How can the language survive in that village if this young girl in her 20s, if she does have children, if she can’t raise them with her parents?” 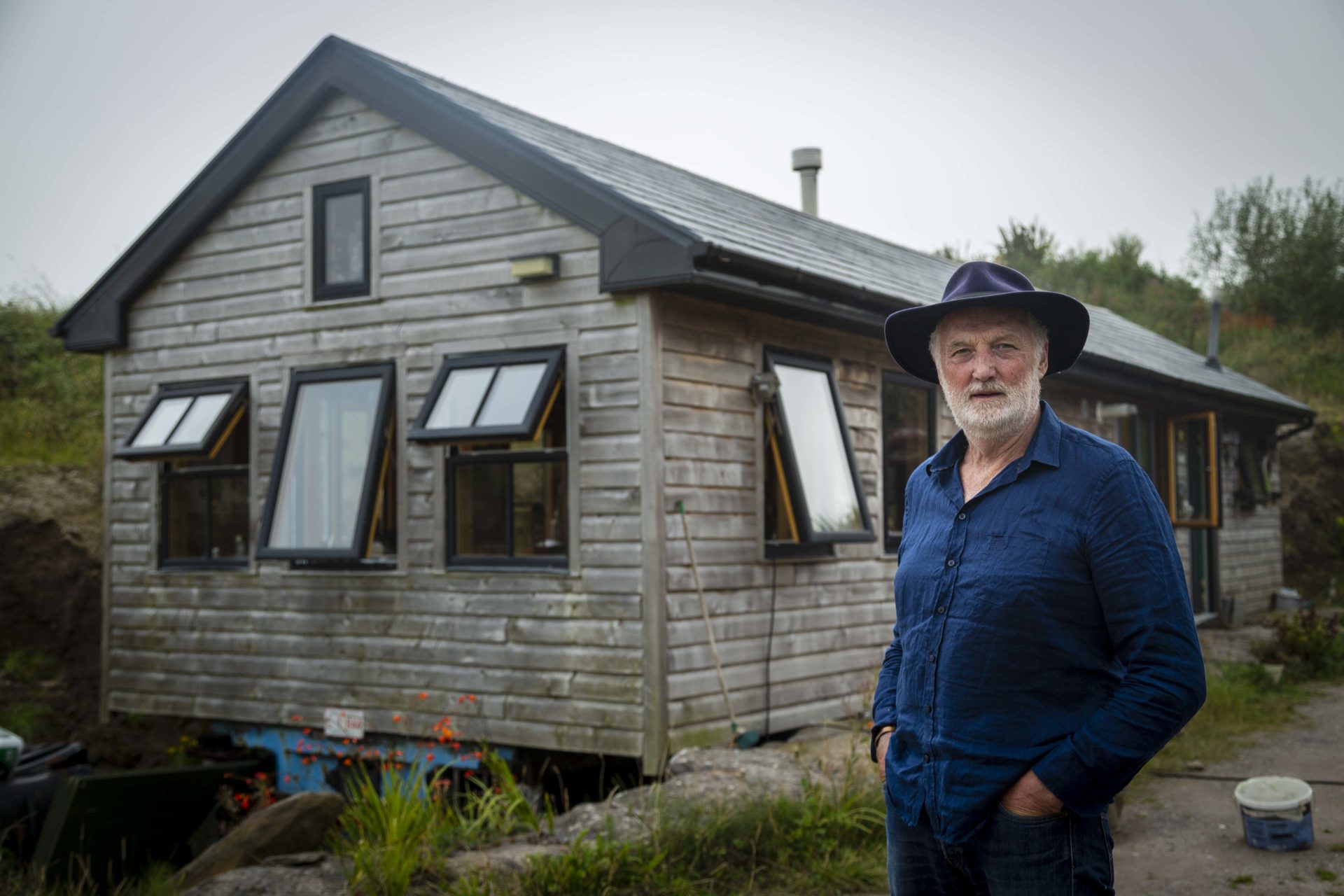 Breanndán Ó Beaglaoich outside his home on the Dingle Peninsula. Image: The Man with the Moving House.

Things were very different when he was younger. Irish was spoken as a community language in many more Gaeltacht parishes but outside there was still a stigma attached to it.

“Whereas in my youth, it wasn’t that cool. You were ashamed of it.

“I lived in Dublin for a while and I remember I used to bring my children to Crumlin swimming and it was Irish we spoke at home and I used to say ‘Shhh’ to them because I didn’t want to be attracting that negativity on us.

“And to this day I can’t explain why I would do such a thing.”

Main image: Breanndán Ó Beaglaoich in his home on the Dingle Peninsula. Picture by: The Man with the Moving House.