'The cost of running a pub is different in different locations'

The price of a pint could reach €10 in 'certain locations', but generally this won't be the case.

"Basically people can get away with it - so it's the market situation.

"The other argument, of course, is the cost involved: that the cost of running a pub is different in different locations".

He said there can also be other factors at play.

"If suppliers have increased their prices by, say 5c a pint, what you will find is the publican won't increase it by 6 or 7c.

"And what they want to do is maintain their margins, but also keep the arithmetic sensible.

Asked if we're moving towards a situation of paying as much as €10, he said: "In certain locations yes, as a general rule of thumb no - we're well away from that.

"The CSO estimates an average price for a pint of stout across the country - the latest figures were for June of this year - and the price is €5.13.

'We try and take the hit'

Eileen Creedon from Top Of Coom, Ireland's highest pub, said they are trying to keep prices down.

"Every month there's something going up, and it's adding to everything.

"We try and take the hit as much as possible - we obviously have increased prices a small bit.

"But we have tried to hold as much as we can". 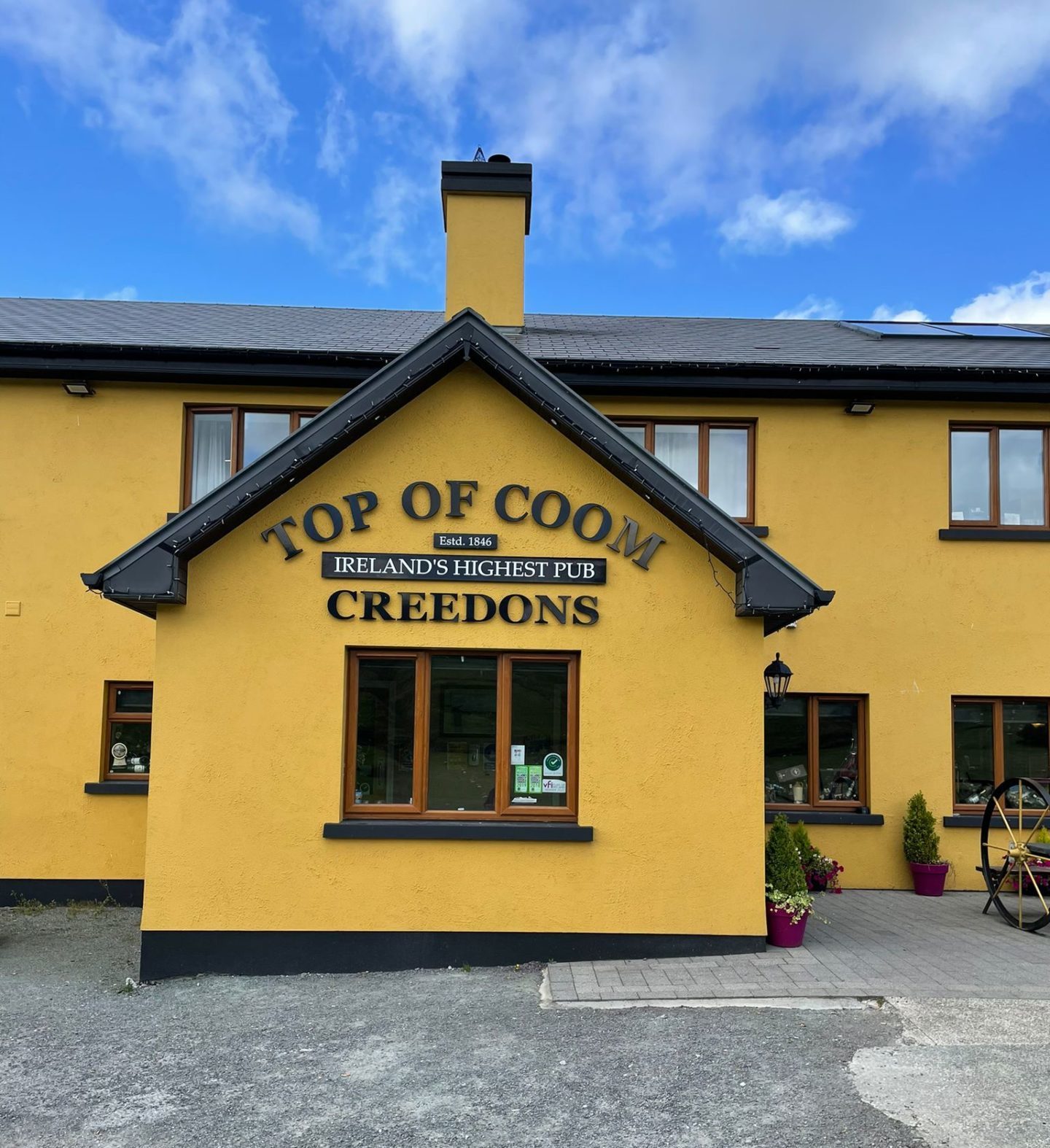 The Top of Croom pub in Co Kerry. Picture by: Josh Crosbie

"So we try to balance it - especially at the weekends when you've a lot of people travelling".

While Richard Sherwood, who owns Sherwoods pub and restaurant in Farranfore, said: "My energy bills used to be in the region of €2,700, they're not about €3,400.

"We charge €5 for larger and €4 for Guinness: you can only hold so much, you have to pass so much on".

"So we've kind of stopped drinking in those kind of places that the price has gone up significantly."

And one man visiting from Northern Ireland noted: "I was charged I think it was €6.90 for a pint.

"Back home it'd be about £3.40 in the local rugby club, so it's pretty much double the price".