Two vaccines being used to fight the coronavirus pandemic are "highly effective" against the vari...

Two vaccines being used to fight the coronavirus pandemic are "highly effective" against the variant that originated in India after two doses, a new study has found.

The research from Public Health England shows that the Pfizer and AstraZeneca immunisations are almost as effective against symptomatic disease from the Indian variant as they are against the UK variant after the second dose.

However, they were only 33% effective three weeks after the first dose, the report said.

The study, which took place between April 5th and May 16th, found that the Pfizer vaccine was 88% effective against symptomatic disease from the Indian variant two weeks after the second dose.

This is compared with 93% effectiveness against the B117 variant that emerged from Kent in the UK.

Meanwhile, the AstraZeneca jab was 60% effective, compared with 66% against the Kent variant over the same period.

Both vaccines were 33% effective against symptomatic disease from the 'Indian variant' three weeks after the first dose, compared with about 50% against the UK strain. 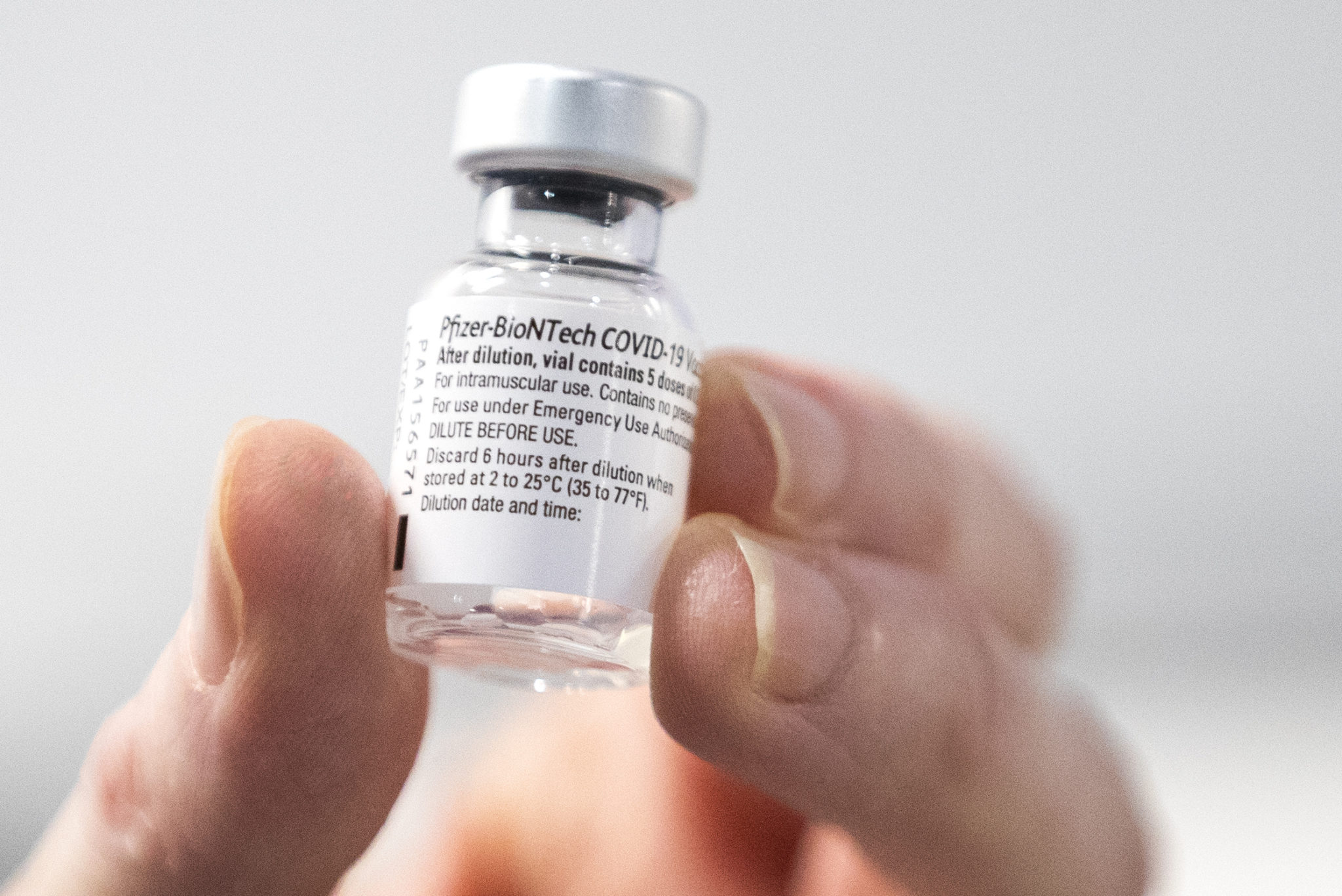 Some 12,675 genome-sequenced cases were included in the analysis, but only 1,054 were of the Indian variant.

The study included data for all age groups from April 5th to cover the period since the variant emerged.

PHE said the difference in the effectiveness between the vaccines may be due to the AstraZeneca second dose being rolled out later than the Pfizer vaccine.

Dr Mary Ramsay, head of immunisation at PHE, said: "This study provides reassurance that two doses of either vaccine offer high levels of protection against symptomatic disease from the B1617.2 variant.

"We expect the vaccines to be even more effective at preventing hospitalisation and death, so it is vital to get both doses to gain maximum protection against all existing and emerging variants." 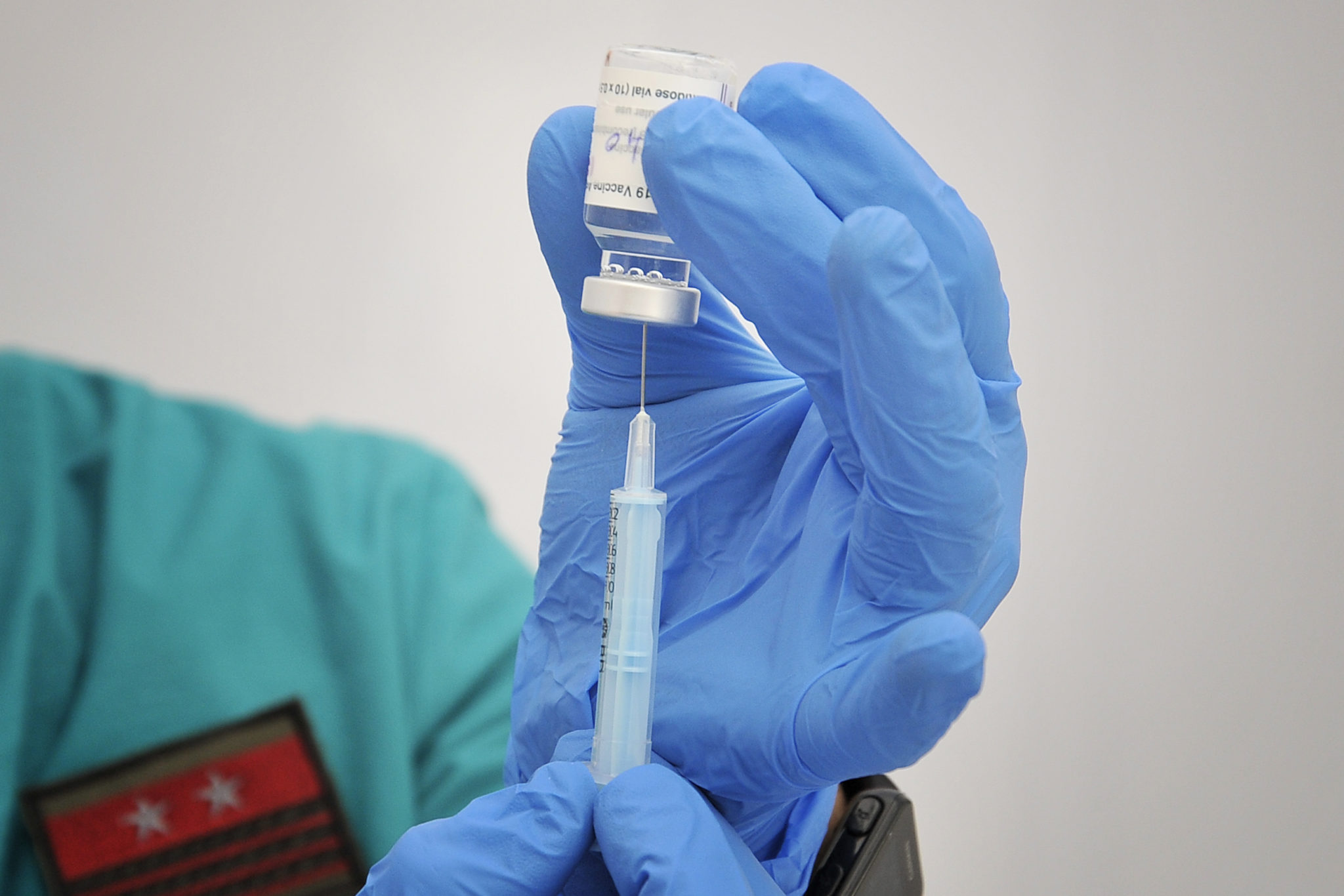 A doctor preparing a dose of the AstraZeneca Vaccine. Credit: Vincenzo Izzo/Sipa USA

It comes as 72 cases of the B.1.617.2 coronavirus strain that originated in India have been recorded in Ireland so far, up from 59 earlier in the week.

NPHET has warned that the COVID-19 mutation is a “black cloud on the horizon” and people are being urged to adhere to public health guidelines to prevent it from getting out of control.

Officials added that there has not been any community transmission yet.

It comes after a public health expert in the UK warned officials here about the transmissibility of the so-called Indian variant.

Zubaida Haque, a member of the Independent SAGE group, said it was reckless for society to reopen given the threat posed by the strain.

Speaking on Newstalk Breakfast with Susan Keogh yesterday before the study was released, she said it was "extremely concerning" that the strain of the disease was "spreading extremely fast" in Britain.

"We've got a bit of a race here between the vaccination rollout and the spread of the so-called Indian variant but frankly that's not enough, vaccination is going to take a while," Ms Haque said.

"I think what really concerns us at the Independent SAGE group is that we're not being precautionary enough.

"It just seems so reckless, so foolish and dangerous for our governments to proceed with reopening on this scale.

Ireland should learn from the UK's experience in dealing with the virus, she added.

'This virus isn't going away, we need a proper plan' - Business group warns