NPHET has warned that the so-called 'Indian variant' of COVID-19 is a “black cloud on the horiz...

NPHET has warned that the so-called 'Indian variant' of COVID-19 is a “black cloud on the horizon”.

There have been 72 cases of the B.1.617.2 coronavirus strain recorded in Ireland so far, up from 59 earlier in the week.

Officials say there has not been any community transmission yet.

NPHET has said the daily incidence rate of coronavirus overall is stable, at around 300-500 cases per day. 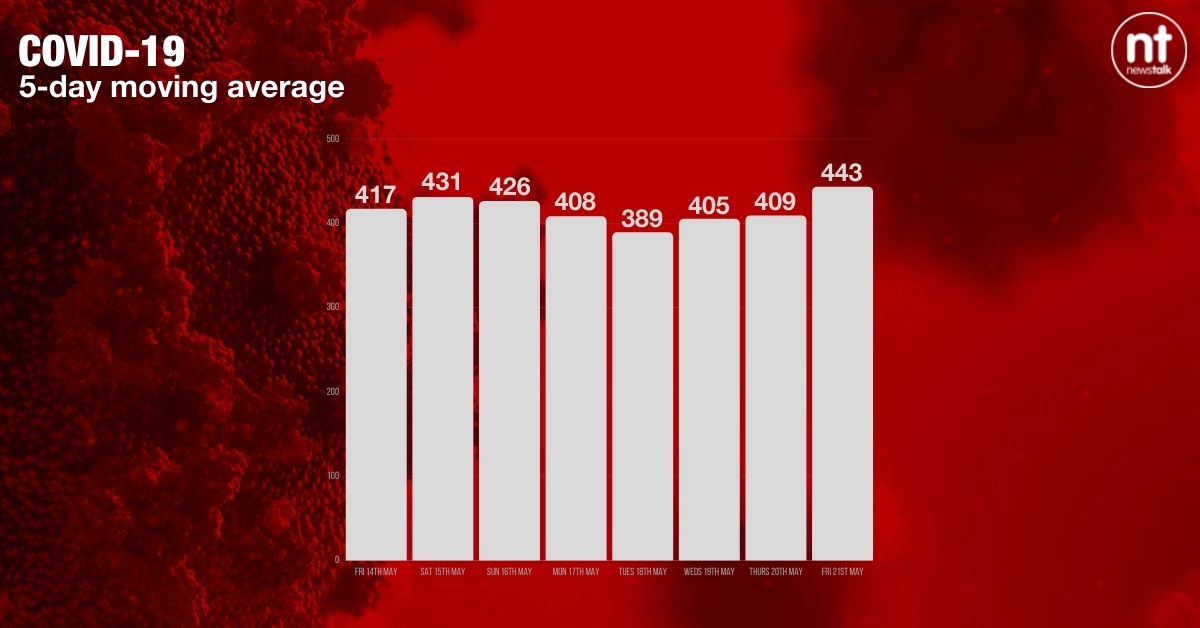 However, Dr Tony Holohan says the strain is the most worrying since the so-called UK variant.

He said: "In broad terms, you could characterise it as the sky is for the most part blue... but there is a black cloud on the horizon, which is the Indian variant.

"We are concerned genuinely about the reports we're seeing, and the credibility we attach to them around the increased transmissibility associated with that particular variant."

He said early data from the UK suggests it is possible the variant may be more transmissible than other strains that have emerged.

There has been a sharp rise in the number of cases of the variant reported in England, particularly in areas such as Bolton.

On The Hard Shoulder, public health expert Dr Gabriel Scally said evidence emerging from the UK does seem to indicate the strain is "much more transmissible than others".

He said: “It’s very hard to tell from the experience in the UK, because they’ve just had a glitch in the system where a very large number of cases weren’t reported to people locally and weren’t contact traced.

"That may have allowed the virus to take off in a way it wouldn’t normally.

“One way or t’other, it is a worry. The aggressive nature, that infectiousness is really, really difficult to keep a hold of. It can explode so fast."

Dr Scally said the “jury’s still out” on whether the variant can dodge the vaccines or cause more severe illness.

He said that anecdotally doctors from India are saying they're seeing people who have been vaccinated wind up in hospital.

However, he said that while the situation is worrying it's important to "not get terrified in the face of it".

He observed: "We’ve got to decide on is what we’re going to do. We should be strengthening our finding, testing, tracing… make sure we can really suppress this virus everywhere it crops up.

“If you do get an outbreak, think about vaccinating people there in particular in order to prevent them from getting ill.”

He noted that health officials in parts of England experiencing significant outbreaks wanted to vaccinate everyone over 18 - and they have been granted extra vaccine supplies as a result.

Dr Scally said: “We’ve got to get used to thinking that way, because as the year progresses we will see more focused surges or outbreaks of the virus.

"We need those public health teams to be able to deploy all their tactics - and that includes going in to vaccinate, maybe, people who haven’t been vaccinated."