People could be making "inappropriate decisions" if they rely on a negative result from a COVID-1...

People could be making "inappropriate decisions" if they rely on a negative result from a COVID-19 antigen test, according to the World Health Organisation.

The tests, which recently went on sale in Lidl, get a result quicker but are not as accurate as other types of coronavirus tests, such as the PCR.

However, despite the objections from NPHET and questions from health officials over the reliability of the tests, the Government is recommending that businesses use antigen testing to screen their staff.

Tánaiste Leo Varadkar stated yesterday that there is not a massive difference in the viewpoints of Ministers and NPHET, and denied there is mixed messaging from political and health figures over the advice.

Speaking to Newstalk Breakfast with Susan Keogh today, Dr Margaret Harris from the WHO said that people could get false reassurance from the result of an antigen test.

"The problem is that the negative won't indicate that you don't have the virus," Dr Harris explained. 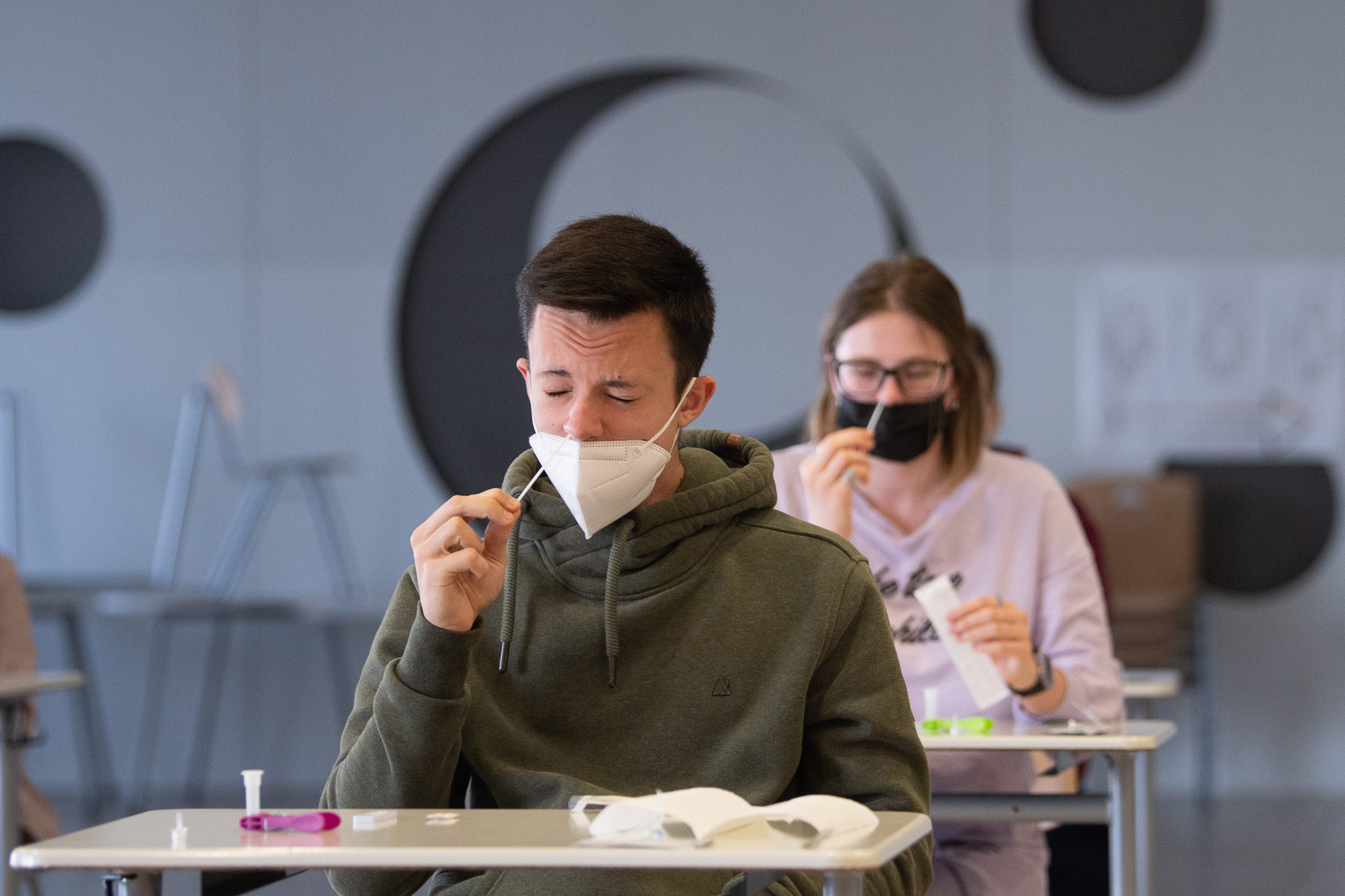 Students in the senior class perform a rapid test at Prelate Diehl School in Germany one day prior to their high school graduation exams. Photo: Sebastian Gollnow/dpa

"If people are relying on a negative to think that they're no necessarily infected, that will not be correct.

"So if they're making decisions based on that, they'll be making inappropriate decisions.

Dr Harris said that people could put themselves or others into situations they wouldn't have otherwise because of the false sense of security a negative result could give them.

"You may not be a problem if you get a negative test before you've built up your viral load, but if you go two days later and visit somebody vulnerable and you could give them the virus, so that's the problem.

The WHO is not advocating the use of antigen testing by business owners keen to get back up and running yet, she said, except in certain settings.

The use of rapid tests in situations where there is an outbreak in a care setting or school can be useful in establishing whether there are a lot of cases, Dr Harris said.

"They are a very useful tool and are useful because you can do things quickly, but you do need to follow up with the solid PCR and the solid work," she stated.

"The thing that's going to help you most is understanding very much where you're transmission is and really being able to break the chains of transmission.

"For a business to function safely, they need to know they're in a community where there's no transmission."

Meanwhile, the COVID-19 variant which originated in India has now been deemed a "variant of concern" in Ireland by the HSE.

The B1.617.2 variant has spread rapidly in India, with a recent report from Public Health England showing that the variant is at least as transmissible as the mutation which originated in the UK.

Four people have died in the UK with the Indian variant of COVID-19, while Public Health England also said on Thursday there had been 1,313 cases in England associated with the variant in a week, more than double the previous week's figure.

Dr Harris said there has been increased detection of this strain around the world, stating that it does appear to be more transmissible.

She added there is no evidence that shows the Indian strain is resistant to vaccines.

Main image: A pupil takes an antigen rapid test before the start of lessons in Germany. Photo: Marius Becker/dpa