For the 11th year in a row, the Weston family have retained their title as the richest family in ...

For the 11th year in a row, the Weston family have retained their title as the richest family in Ireland.

The 2019 Sunday Times Irish Rich List has surveyed the wealth of the 300 richest individuals and families on the island of Ireland in areas including entertainment, sport, business, technology and construction.

There are 33 new entrants on this year's list, with the combined wealth of the 300 standing at €87bn - an increase of more than 10% on last year's total. 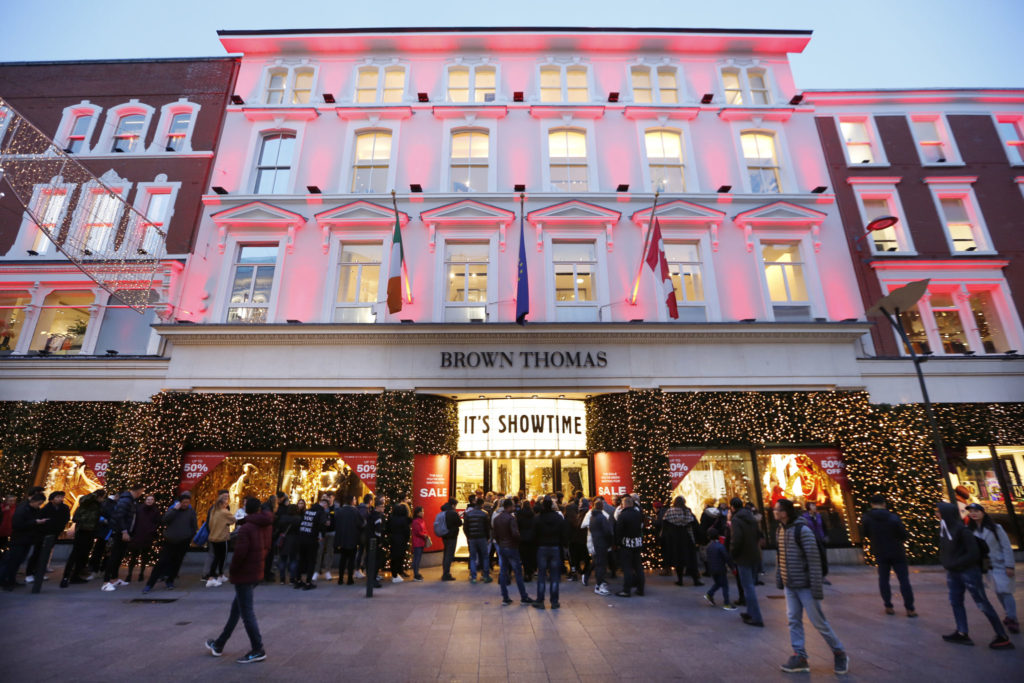 Their combined wealth is more than double that of second-placed Patrick and John Collison.

The Weston family business includes household names such as Brown Thomas, Selfridges and Penneys - which trades internationally as 'Primark'.

Penneys alone employs 70,000 across 10 European countries and in the US, with 2018 seeing it open its first stores in Slovenia, Poland and Slovakia.

The retailer contributed to a €512m increase in the Weston family's wealth. 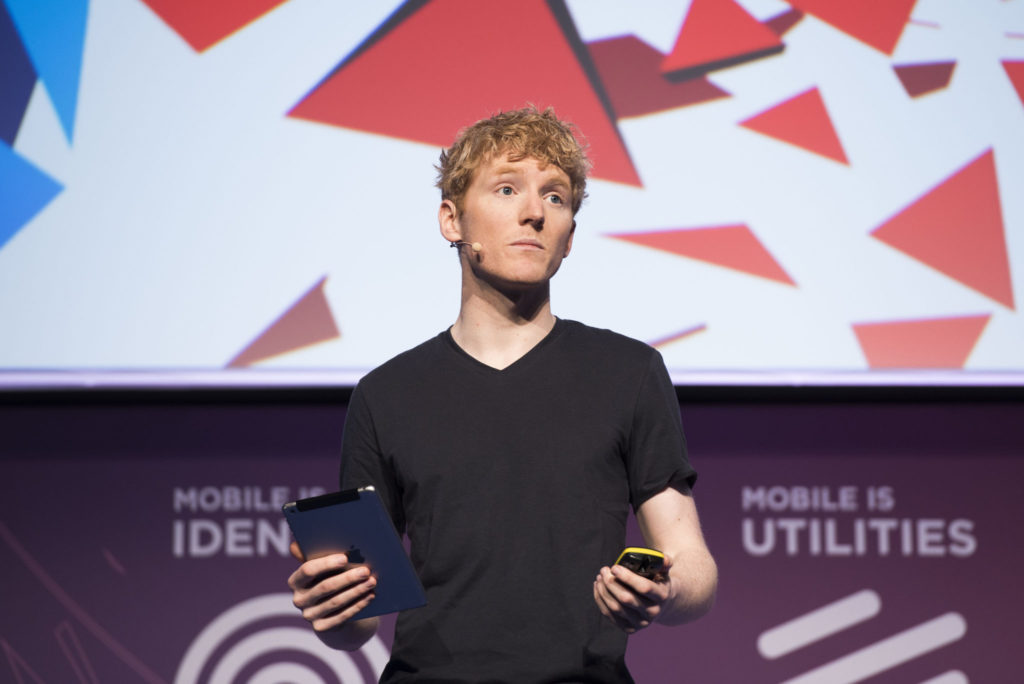 Patrick and John Collison first entered this rich list in 2013, with a joint fortune of €59m.

Originally from Tipperary and now living in San Francisco, 2018 was a bumper year for their online payments company, Stripe, which saw its value more than double since 2016 to €20bn.

Media and telecoms owner Denis O'Brien is sixth on the list, with his worth put at €2bn.

Among other assets, he owns Communicorp Media and has a 94% stake in mobile phone network provider Digicel.

Earlier this month, Mr O'Brien was also the highest Irish-born entry named on the Forbes billionaires list for 2019.

Beef baron Larry started out as a sixth-generation cattle trader in 1954, and has since built ABP Food Group into a leading supplier of packaged beef and own-label petfoods to European supermarkets.

The family have also invested heavily in property and are the largest landlord to Irish State agencies, earning €8m in annual rent from the Irish Government. 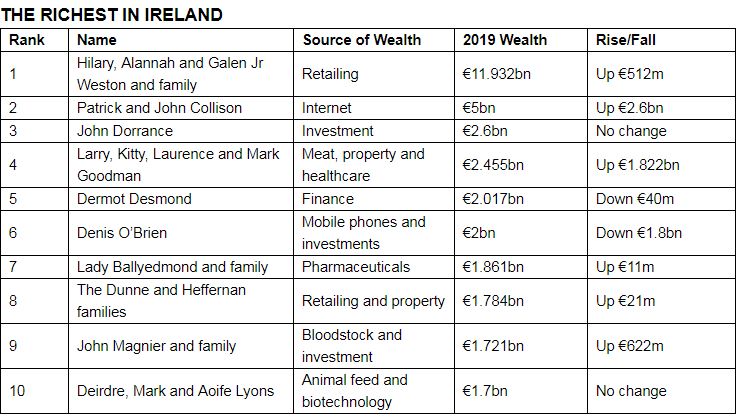 Rock band U2 remain Ireland's richest entertainers with a combined wealth of an estimated €662m.

Others who feature on the entertainment list include Liam Neeson, Enya and Van Morrison - while Boomtown Rats frontman Bob Geldof is a new entry to this year's top 10 entertainment millionaires, at eighth place.

Colm Murphy, compiler of The Sunday Times Rich List, has said: "It's been another bumper year for Ireland's richest, who have welcomed a 17th billionaire to their ranks and seen their collective wealth reach new heights.

"This weekend's rich list gives an insight into the biggest winners in Ireland as a whole, as well as a breakdown of the country's richest husband-and-wife duos, entertainment stars, hoteliers - and the 33 new entrants to this year's list."