An extension of a pedestrianisation of two Dublin city streets has been described as 'a stay of e...

An extension of a pedestrianisation of two Dublin city streets has been described as 'a stay of execution' for local businesses.

It comes as Dublin City Council announced the pedestrianisation of Capel Street and Parliament Street is being extended.

The council had announced that the successful trial was coming to an end this weekend.

But in a statement on Tuesday, it says the initiative is being extended by four weeks.

This follows representations by Lord Mayor Alison Gilliland and her fellow councillors, the council adds.

The scheme is now running until September 26th.

📢 We would like to announce a 4-week extension to the Capel St/Parliament St weekend traffic-free streets initiative. The initiative, which was due to finish this weekend, will now conclude Sep 26th. Public consultation will commence on Monday 30th August. #Dublin #CityRecovery pic.twitter.com/OZ6dVUc6q9

Publican Panti Bliss - aka Rory O'Neill - says the news is very welcome, but they will be pushing for more.

He told The Hard Shoulder: "I'm very pleased for the next four weeks we have a stay of execution - but I'm not counting all my chickens yet.

"The businesses on the street will be using the next four weeks to push to make this a permanent change."

Rory says he believes his business would be gone without the pedestrianisation scheme.

"Looking at it from the terms of the pandemic, over the last 11 weeks, it hasn't just made a difference - it's been transformative.

"We wouldn't have a business now to talk about if it weren't for the pedestrianisation.

"We wouldn't have been able to serve anybody at all because, for example, Panti Bar doesn't have any outdoor space.

"So without being able to use the street we would have been closed, until indoors was allowed".

This is obviously great news for the immediate future, but we on the street will be using the next four weeks to push for making it permanent pic.twitter.com/HiotQCdUgQ

And Rory says even they were surprised at how well people embraced the pedestrianisation.

"We were worried about it because we didn't really know how it would go, as soon as the pedestrianisation was announced we started to get our hopes up a little.

"But even we were surprised at how people have embraced it and loved it, and how transformative it has been for the street".

"If the pedestrianisation had been ended this weekend, as they planned yesterday that would have absolutely would have been devastating for us.

"Our business model, like all city centre bars, we have to be packed to the gills Friday and Saturday night or we don't have a business".

He says the other regular, steady trade "don't pay the bills - what pays the bills is being packed on Friday and Saturday night.

"But at the moment we're now allowed to be packed on a Friday and Saturday night. 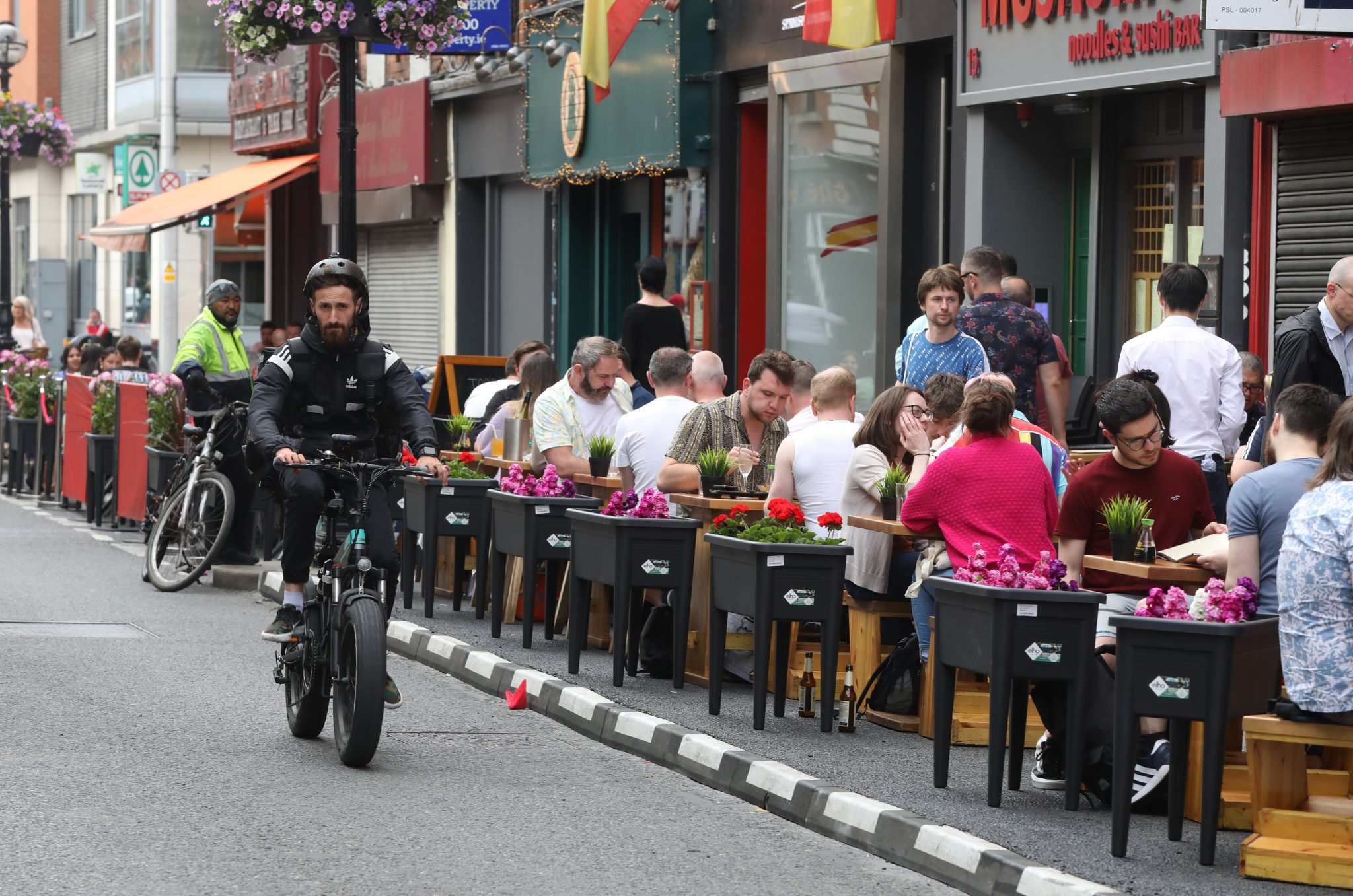 People enjoying food and drink on Dublin's Capel Street on the first Saturday of outdoor dining in June 2021. Picture by: Leah Farrell/Rollingnews.ie

"It's table service only, nobody standing, nobody at the bar, no dance floor.

"So I'm glad and happy that we're open indoor at the moment, but it's a stop-gap measure - it's not an actual business - so we need the outdoor".

Asked about those - particularly motorists - who may not want to keep the changes, Rory says: "It's not just about the businesses; one of the beauties of this street is it's not simply a business street.

"There are many, many, many residents on this street and they love the changes too.

"The people who live and work on this street are overwhelmingly in favour of the positive changes."

And he says it is time for things to change.

"What we need is a vision for this city, and at the moment this city is screaming out to be allowed to breathe and be a livable city for the people who live and work in it.

"The potential in this city is incredible, but we have for too long allowed cars to dominate every aspect and they have been given precedence over everything else.

"And it's high-time that we started to change the order of precedence".

Businesses 'being punished for what's going on across the border'