A pastor to outgoing US President Donald Trump has defended his language towards supporters, sugg...

A pastor to outgoing US President Donald Trump has defended his language towards supporters, suggesting 'many great leaders' have used similar language.

Pastor Mark Burns was speaking as Democrats moved to charge President Trump with 'incitement of insurrection' as part of their impeachment attempt, following the US Capitol riot that left five people dead.

They have filed one article of impeachment which states Mr Trump made statements at a rally of his supporters that 'encouraged and foreseeably resulted in' last week's violence.

Republicans have blocked an attempt to immediately consider a resolution asking the US Vice-President, Mike Pence, to invoke the country's 25th amendment and remove Mr Trump from office.

Proceedings in the House of Representatives have been adjourned until Tuesday, when a vote on that resolution is expected.

Mr Pence is believed to be against forcing his boss from power, so a vote on the impeachment could happen on Wednesday, and needs a simple majority to pass.

If it is voted through, it would move to the Senate for trial with senators acting as jurors and voting on whether to acquit or convict Mr Trump.

However, Republicans control the Senate and would not take up the charges until January 19th at the earliest - Mr Trump's last day before Joe Biden's inauguration. 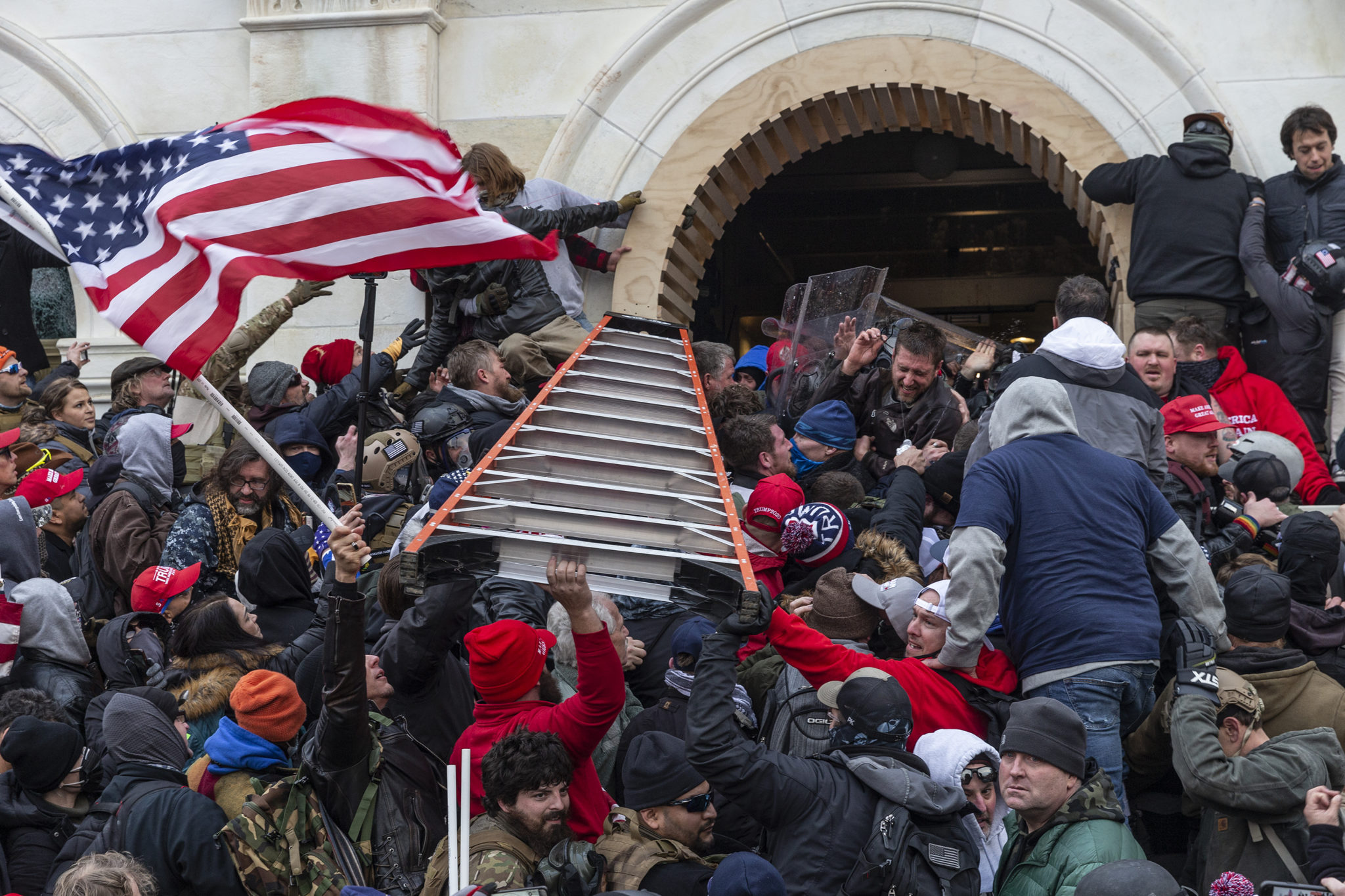 President Trump has been widely accused of inciting the rioters who stormed the heart of US democracy - the Capitol Building - on January 6th.

Supporters of the president had gathered to protest over the presidential election result amid ongoing and unsubstantiated claims of fraud by Mr Trump.

As politicians were gathering to sign off Mr Biden's win, the president addressed a crowd nearby at the 'Save America' event.

The article of impeachment accuses Mr Trump of using his speech to incite 'violence against the Government of the United States'.

It says he repeated false claims that he had won the election by a 'landslide' and 'wilfully made statements that, in context, encouraged - and foreseeably resulted in - lawless action at the Capitol, such as: 'if you don't fight like hell you're not going to have a country anymore'.

It states that Mr Trump's words incited people to storm the Capitol, where they 'injured and killed law enforcement personnel, menaced Members of Congress, the Vice President, and Congressional personnel, and engaged in other violent, deadly, destructive, and seditious acts'.

The impeachment article also cites 'prior efforts to subvert and obstruct' the certification of the election result.

It specifically refers to a call to Georgia's secretary of state, Brad Raffensperger, urging him to "find" enough votes for the president to win the state.

Mr Trump could now become the only US president to be impeached twice.

He was first impeached over claims he pressured Ukraine's president to launch a corruption investigation into Mr Biden and his son.

The Republican-led Senate went on to acquit him in February last year.

"What took place at the Capitol riot is a catastrophe, it is something that should have never happened.

"And I fully, fully condemn the actions of those that forcibly entered our nation's capital.

At suggestions that Mr Trump used incendiary language - such as telling supporters: 'You’ll never take back our country with weakness' - Pastor Burns replied: "For people to think that, you really don't know the history of America.

"So many great leaders have used very similar language just like that.

"'Give me liberty or give me death' from the Revolutionary War - even President Regan himself declared that we as America had to declare peace by showing strength".

However Pastor Burns said if he was "up there in that chaos, I would have most definitely been instructing those people - as a leader of this movement - to stop right where you are because this is not America".

Asked if by becoming a pastor to Mr Trump that he had alienated others, Pastor Burns said: "No matter how low you might go, or how high you might go, your pastor will stick by your side".