On this week's 'Parenting' segment on the Moncrieff show, one listener sought advice about how to...

On this week's 'Parenting' segment on the Moncrieff show, one listener sought advice about how to deal with the news that her teenage grandson is gay.

“My grandson is 16 and he’s just come out as gay, and I’m ashamed to say that I’m struggling with it.

“One the one hand, I’m proud of him for being upfront about it but it’s been three months and I’m still finding it hard to accept. I keep worrying about his future – will he have children? Could he be attacked like that poor man outside the George last week, or worse - murdered?

“Plus, I’m Catholic and I’m not sure how to accept that my church wouldn’t allow him to get married or recognise any future relationships he has.

“If I’m honest, I wish he wasn’t gay and I feel like he's no longer the boy I knew. I know this is an awful thing to feel, how can I get over this so that I can love my grandson as he is rather than a version of him in my head?”

“First of all, he’s not the boy you knew anyway, regardless, because he’s 16 now.

“So this kind of little boy grandson that you knew in your head, no matter what his sexual orientation, he’s not that boy. He’s growing up and that’s hard I think for grandparents as well.

“But what he really needs now is unconditional love and support; to know that he is accepted for who he is, rather than this image you had in your mind, or who you wish him to be.

“This grandparent is allowed to have questions because I think sometimes it’s, ‘I’m not supposed to find this hard so I better say nothing.’ 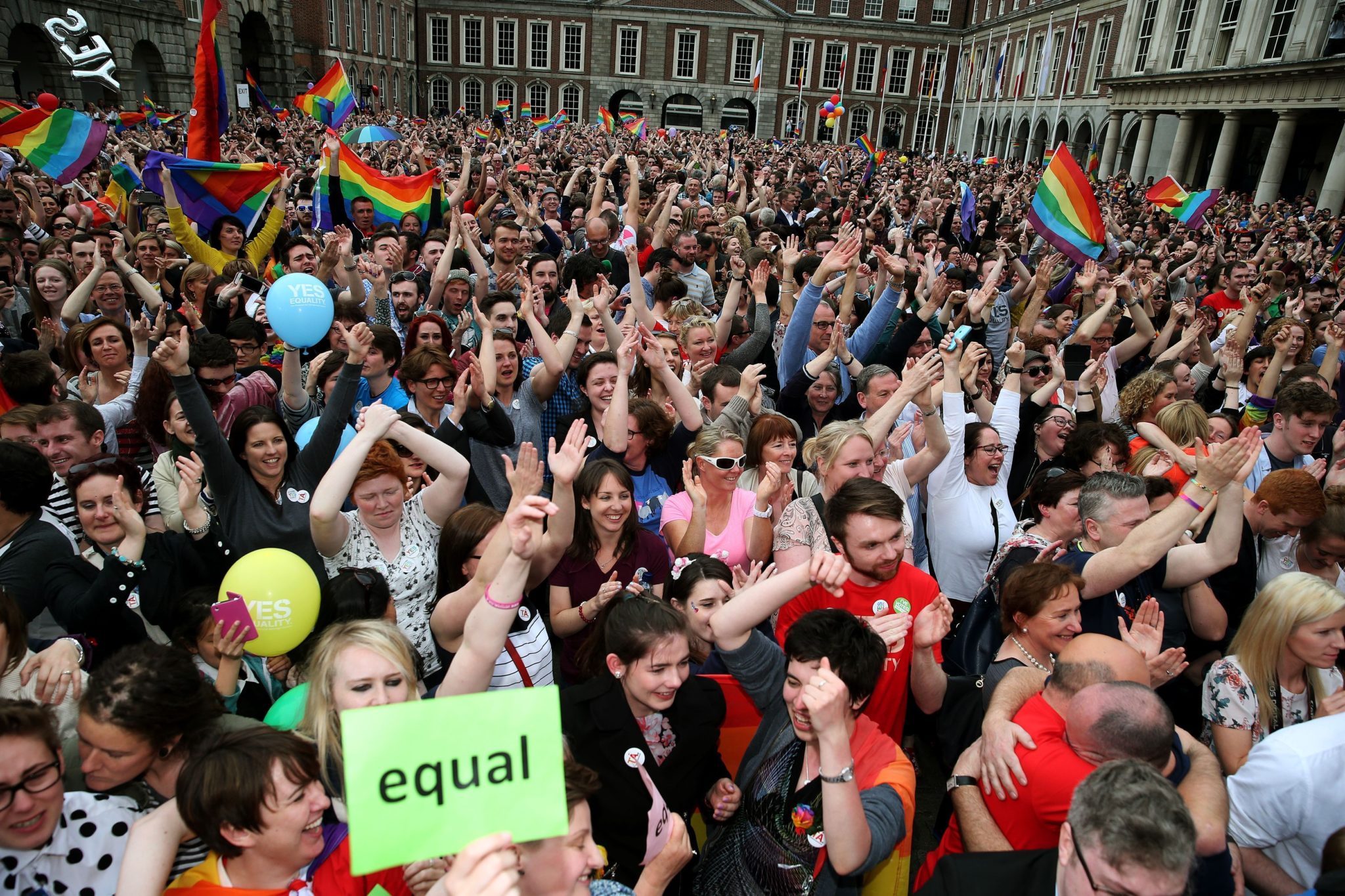 Yes voters celebrate at the Central Count Centre in Dublin castle, Dublin, as the results of the referendum is announced which showed that Ireland as the country overwhelmingly voted in favour of gay marriage.

“And then it gets all awkward and there can be this gap that then emerges in the relationship.

“Really I think it’s the connection that you want to protect here because the grandchild and grandparent relationship can be such an important relationship in children’s lives… and I think that connection matters way more than any confusion.

“So yes you’re allowed to have questions of course but communicate with him that these are based on your desire to better understand rather than questions of judgement.

“Because if you’re saying, ‘Look I do have some questions, some of them might sound a bit awkward, I’m really not trying to, it’s my confusion. I’m just trying to understand how this works.’

“That’s a valid worry but not to put all of this onto him - because that’s not where it belongs.

“You really need to also be there for him and his family - who are your family as well - and be part of this change, be part of this journey as opposed to apart from it.

“So I think go slow and steady as you’ve done here really well articulating your questions, your uncertainty, your confusion.

“Make sure that you communicate that with his parents, with his family and with him that you’re still his grandparent and that relationship really needs to be protected.

“I think that’s what it is, it’s about just saying, ‘I’m a little bit worried for you but I’m worried because of other people’s behaviour. You’re always going to be my grandson. I’m always going to be your grandparent but just give me a little bit of space and time to wobble and maybe get this a bit wrong before I get it right.’”