The rhetoric from opposition parties on housing has contributed to the loss of thousands of landl...

The rhetoric from opposition parties on housing has contributed to the loss of thousands of landlords from the market, according to the Public Expenditure Minister.

He said this afternoon’s announcement contained "absolutely nothing for renters" and described the Zoned Land Tax as a "ringing wet damp squib".

Sinn Féin has called for a three-year rent freeze and a refundable tax credit to put one month’s rent back into the pockets of renters.

On The Hard Shoulder this evening, Minister McGrath said the rhetoric from opposition parties was causing landlords to flee the market.

“We hear Sinn Féin talking about a tax credit but they won’t tell you that they also propose to bring in, for example, a new second home charge which is just going to be added on top people’s rent.

“Also, their tax credit measure in respect of rent is completely untargeted. A high-earning tech professional paying three or four grand a month will get a tax credit.”

He said the Government’s recent decision to link rent increases to inflation had frozen rents, “in real terms.”

When the legislation was introduced, Minister O’Brien said it would have seen rents rising by no more than 1% over the previous three years.

In the months since however, inflation has shot up and in September, it was running at 3%.

“We have frozen it in real terms,” said Minister McGrath. “That has coincided with a period of inflation but in arriving at that decision, the Government has taken legal advice, has considered all of the policy implications.”

He said the best way to address the housing crisis is to increase supply – something he said was now the Government’s “singular priority” under the Housing for All plan.

“The main reason there is such upward pressure in relation to rental costs is because of the lack of availability and the lack of supply within the system,” he said.

“That will help. The State is now going to play a far bigger role than ever before in relation to the delivery of housing – social, affordable purchase and indeed cost rental as well.

“So, for us, that is the best way we can support renters. And yes, some of the other cost of living measures we are bringing in will be of benefit to renters.” 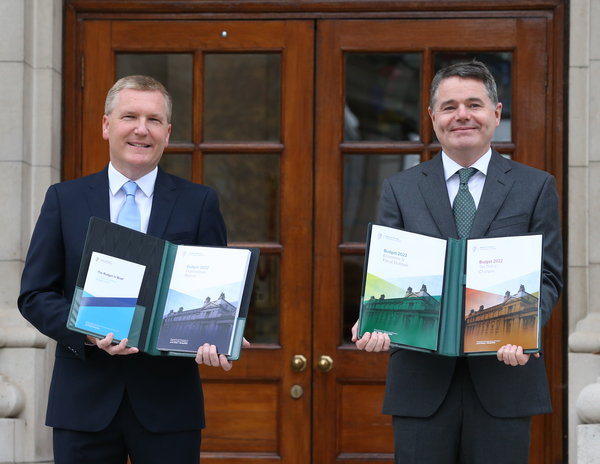 Minister McGrath and the Finance Paschal Donohoe announced a range of measures around housing in this afternoon’s Budget speeches, including: