“The costs are out of control and the funding mechanism is not keeping anywhere close to pace with that inflation.”

Many nursing homes in Ireland are at risk of closure because their operational costs are “out of control”, an industry insider has warned.

Tadhg Daly, CEO of Nursing Homes Ireland, said the cost of living crisis is presenting the sector with huge challenges and that there simply is not enough state support at the moment:

“Ultimately it’s down to funding, this isn’t a new phenomenon,” he told The Pat Kenny Show.

Currently, the state makes an assessment as to what an individual or family can afford to pay and the HSE pays the balance under the Fair Deal scheme. However, Mr Daly believes the model is hopeless out of date in the current economic climate:

“The Government know Fair Deal is not fit for purpose," he continued.

"There’s a myriad of reports that have been commissioned and published by the Government themselves.

He added wearily, “The costs are out of control and the funding mechanism is not keeping anywhere close to pace with that inflation.” 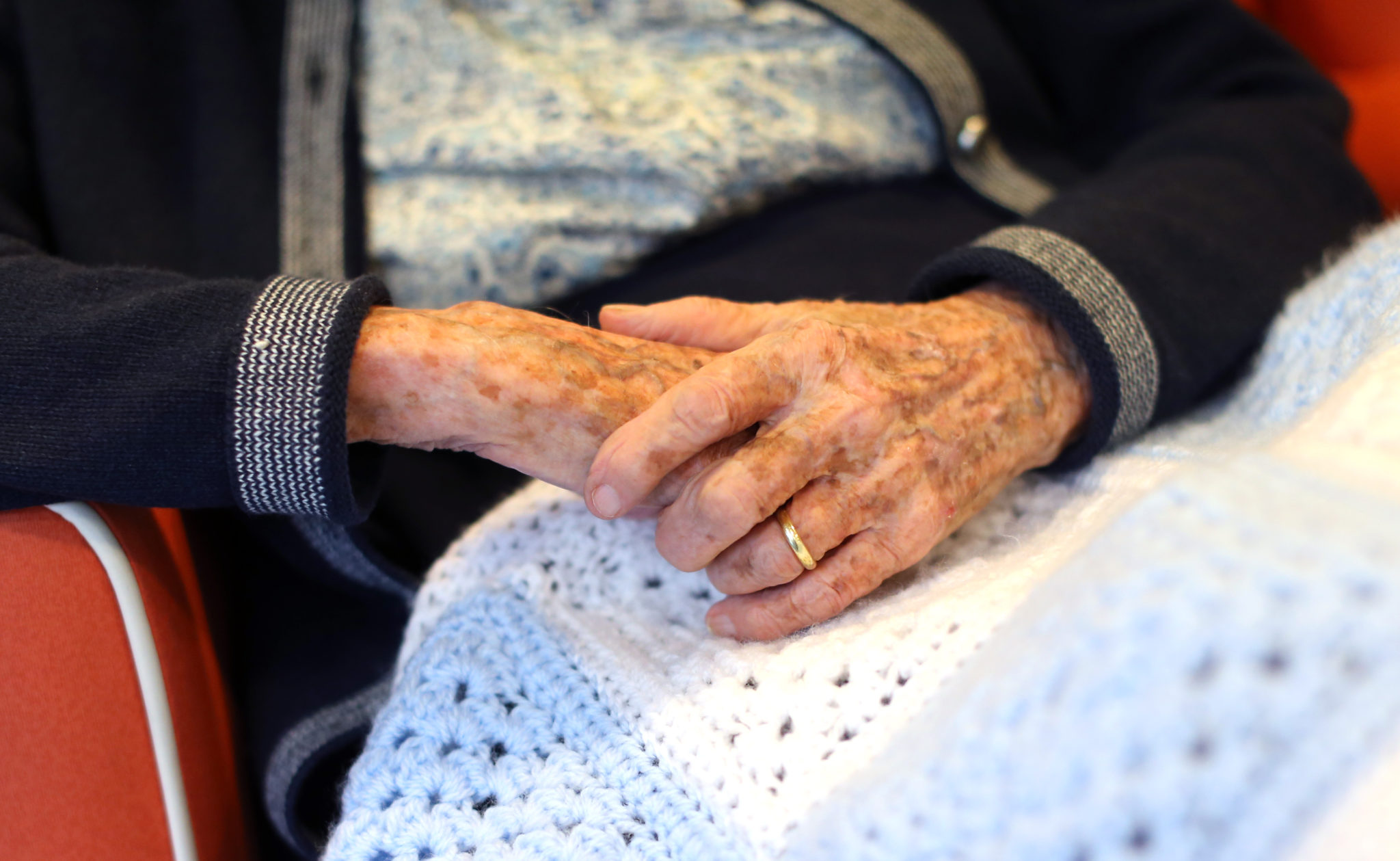 The hands of an elderly woman in a nursing home.

And it is not an issue in certain parts of the country, Mr Daly says the issue of nursing home closures is nationwide:

“So every region where they’ve had the smaller homes, many of those either have closed or are contemplating their future.

“So it’s going to have a huge impact on those communities.”

Mr Daly says he has made representations to the Government on the issue and says the response from the minister has been “positive”.

In a statement the Minister for Mental Health and Older People Mary Butler said:

"I am acutely aware of the financial challenges faced by the Nursing Home sector, particularly in terms of inflationary cost increases. I have engaged with the sector on this issue and asked my Department to consider appropriate responses.

"It has been brought to my attention that a number of nursing homes have closed this year, with several new closures notified in the last few weeks. The closure of any nursing homes reduces bed capacity and can put pressure on other local health and social care facilities, including acute hospitals.
"The Government has provided substantial support to the private nursing home sector over the course of the pandemic, with over €143 million in funding delivered through the Temporary Assistance Payment Scheme, as well as other supports directly delivered through the HSE, including serial testing, the provision of PPE and deployment of expert response teams.
"The Department published a review of the NTPF pricing system in June 2021. This review was conducted by the NTPF with input from stakeholders and external experts. It recommended several actions to improve the pricing system. These are now being taken forward by the Department and NTPF. Given the size and scope of the NHSS, which is expected to cost the State more than €1.053 billion this year, any changes must be delivered carefully and with due consideration to their impact and any unexpected consequences."

Main image: People in a nursing home. Picture by: RollingNews.ie